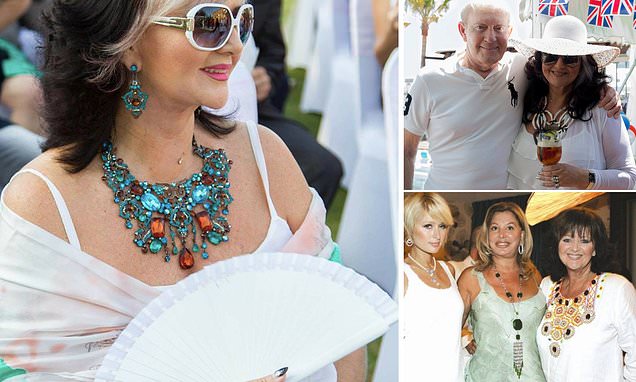 Revealed: How adopted daughter of a coal miner who founded Slimming World now lives a life of luxury mingling with celebs and enjoying a VERY glamorous life in Mallorca – funded by her £15M empire

Once the adopted daughter of a poor miner, the millionaire founder of Slimming World now lives a life that is anything but light on luxury.

Margaret Whittaker OBE is the owner of the UK’s most successful weight loss group that celebrates its 50th anniversary this year.

But while Slimming World members flock to their local community halls hoping to shed their post-Christmas pounds, Margaret is more likely to be fanning herself on the beach draped in designer clothing, jewellery and accessories – looking far younger than her 70 years of age.

The multimillionaire has swapped Mansfield, Nottinghamshire for the exclusive port of Puerto Portals, on the Spanish island of Mallorca and hasn’t looked back.

Her impressive array of vehicles over the years, which has included a bright yellow Ferrari and a yacht, look right at home in the setting as her set mingle with stars such as Rita Ora and Katie Price. 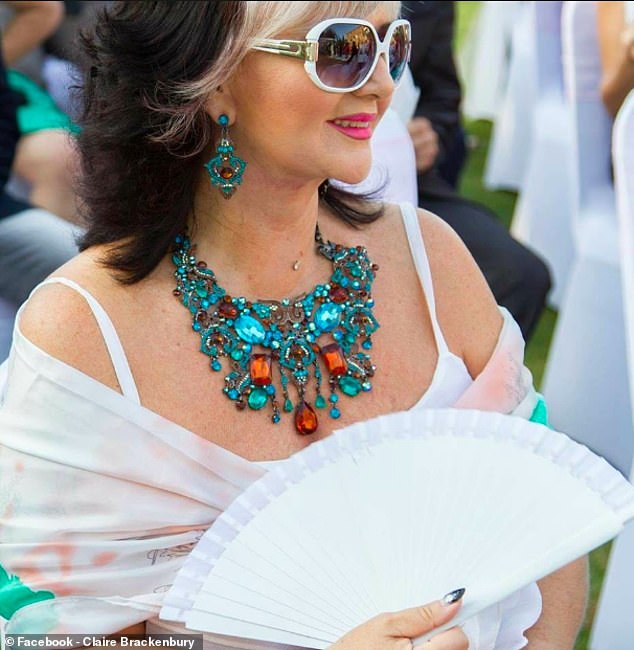 Looking far younger than her 70 years of age, Slimming World tycoon Margaret Whittaker OBE (pictured in March 2017) is the owner of the UK’s most successful weight loss group that celebrates its 50th anniversary this year 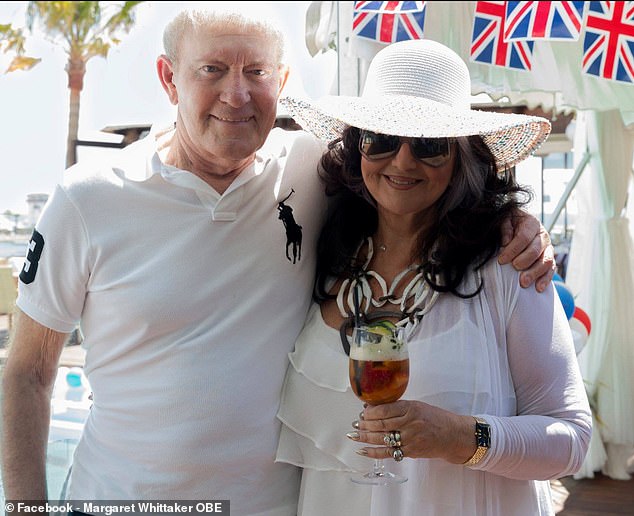 Margaret and Tony toasting the May 2018 royal wedding with a private party where guests feasted on ‘miniature cucumber and avocado sandwiches with prawn tartlets and other goodies’. The couple are thought to own a luxury fleet of vehicles at their Mallorca home 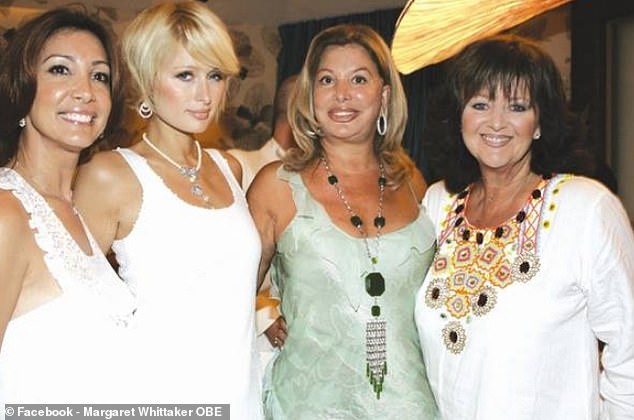 Today, what started with 55 women in Mansfield boasts over 18,000 Slimming World groups around the country thanks to Margaret’s hard work and passion and the great-grandmother (far right) enjoys rubbing shoulders with the likes of Paris Hilton (second left)

And what a lot there is to celebrate for the woman who started the business in a Scout hut with a £200 loan and hasn’t looked back since.

Day-to-day operations have now been delegated down the chain but Margaret still retains more than 75 per cent of shares in the project that took her from rags to riches.

The illegitimate child of married businessman Harry and a young London nurse called Joy, Margaret was adopted by housewife Pem and miner Sam Birch just ten days after birth. She didn’t find out the truth until she was 18 years old. 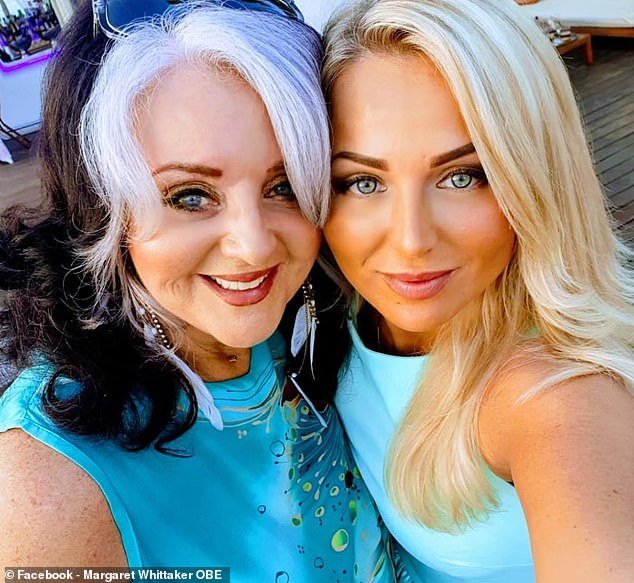 Margaret enjoying the Christmas holidays with her son Dom’s partner Eva. Day-to-day operations of her business have now been delegated down the chain but Margaret still retains more than 75 per cent of shares in the project that took her from rags to riches 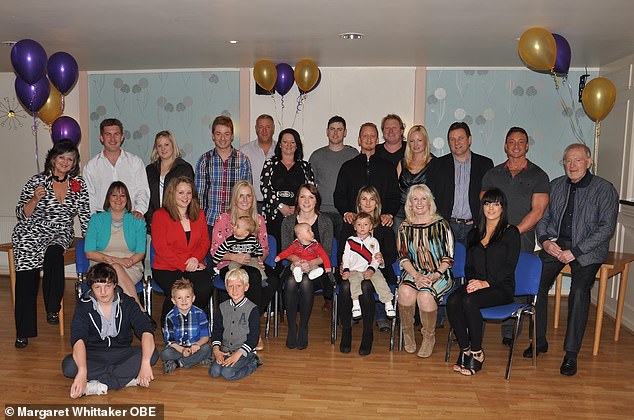 A recent snap showing Margaret (far left) and four generations of her family. She has previously said: ‘I don’t feel like a grandmother, let alone a great-grandmother. I feel like I’m in the prime of my life’

That fact didn’t stop her from getting to know her roots – eventually buying birth mother Joy a house with her Slimming World earnings.

Despite her fortune, Margaret said in an interview with the Mirror: ‘Getting wealthy wasn’t the goal. I was never a proper businesswoman in that sense, measuring success by pounds in the bank. But, yes, I had ambition.

‘We started out with a weekly meeting in the local Scout hut, and I always imagined there would be a day when it would become much bigger than that.’

Now a slim and elegant great-grandmother, Margaret reached nearly 20 stone at one point after a lifelong struggle with weight which had seen her hit a size 28. 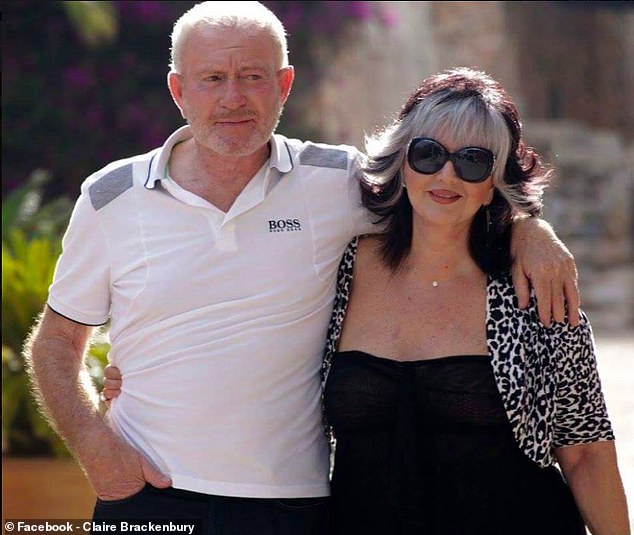 Margaret (pictured with husband Tony in 2016) started out her stellar career working a low-paid job as a secretary, later working four jobs to make ends meet, but now presides over a multimillion pound empire 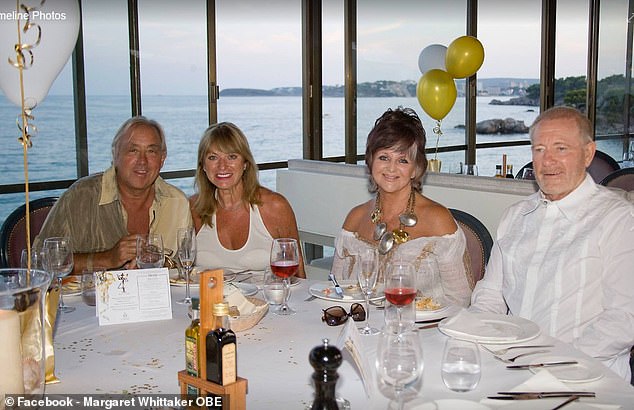 Margaret and husband Tony (far right) enjoying dinner with loved ones. The multimillionaire has swapped Mansfield, Nottinghamshire for the exclusive port of Puerto Portals, Mallorca

At just 16, young Margaret found herself pregnant with first daughter Claire, married and then working a low-paid job as a secretary, later working four jobs to make ends meet.

After joining several slimming groups herself, in 1969 she spawned an idea with a fresh focus on ‘moderation’ over restriction, along with support from other slimmers.

She said: ‘I read a lot about things like The Eskimo Diet – the idea being that they eat a lot of fish. Then there was the RAF diet, the Atkins revolution.

‘I spent a year thinking about it, writing it, working it, and put together my own system. The first thing was respect for the individual. When you’re overweight the most critical person is yourself.

‘The Slimming World way is to eat and never go hungry and lose weight.’ 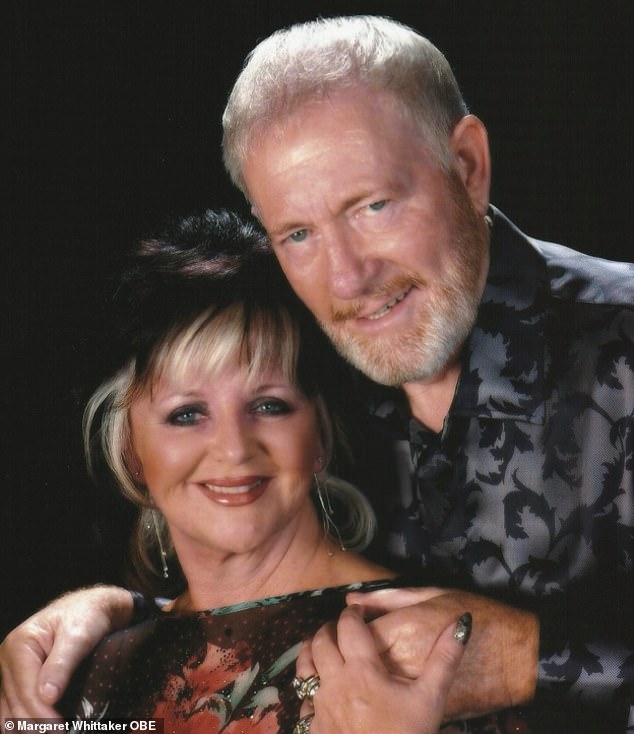 Other half: Margaret married boating entrepreneur Tony Whittaker (pictured) in 1996 after divorcing first husband Roy Miles in 1985. She has spoken with pride of her six-strong brood (described as ‘a mix of my birth children, my stepchildren and one sort of adopted one’)

Today, what started with 55 women in Mansfield boasts over 18,000 Slimming World groups around the country thanks to Margaret’s hard work and passion.

Margaret explained: ‘I don’t feel as old as I am and maybe, as some friends advise, I should be taking life a little easier.

‘I don’t feel like a grandmother, let alone a great-grandmother. I feel like I’m in the prime of my life.

‘I’m happy, very happy. I have a husband I love. He’s my soulmate. Corny but true.’

She and Roy, now deceased, had two more children together after Claire – named Dominic and Benjamin – who have enjoyed a lifestyle their mother could have only imagined. 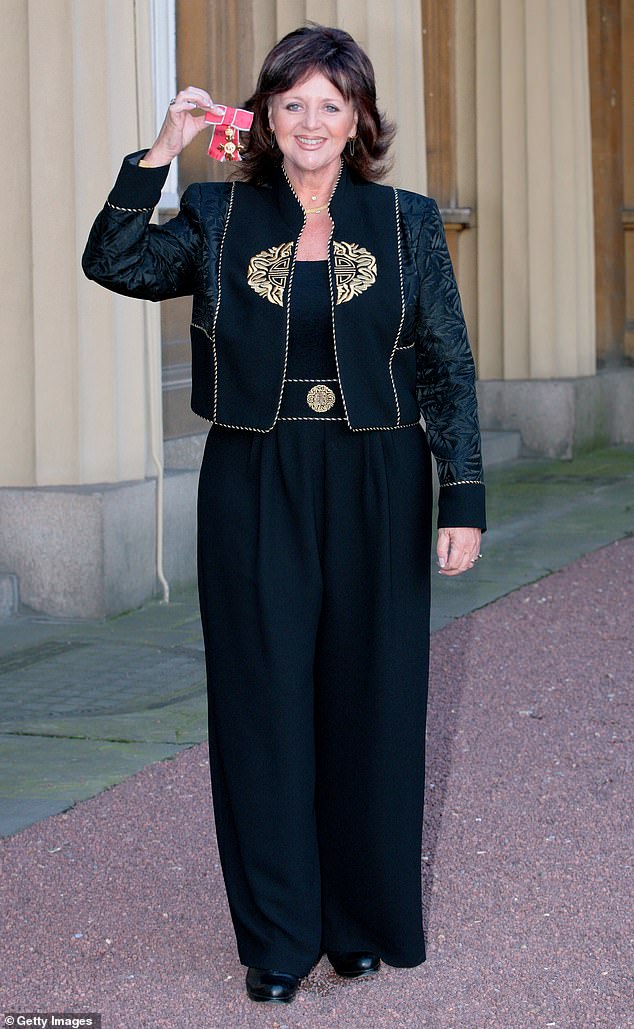 Honour: In 2010 Margaret, who battled cancer and underwent a hysterectomcy in the nineties, was awarded an OBE for her service to the public and for raising £2M for charity 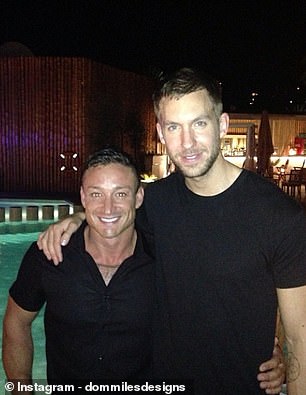 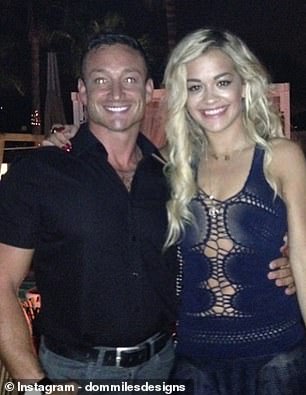 Margaret’s son Dom is the owner of the swanky Social Club Mallorca as well as a director at the glamourous Mood Beach restaurant, another company in which Margaret owns a share (pictured with DJ Calvin Harris, left, and Rita Ora, right)

Benjamin, now 38, carved out his own career in Mallorca with a boat charter company despite following in his entrepreneurial mother’s footsteps in a different way.

Now slim and fit, in 2009 Ben had gained so much weight he was given just five years to live.

Ben told The Mirror: ‘I was three stone too heavy, my ­cholesterol level was sky-high, I smoked 40 a day and I drank wine most evenings.

‘It hit me like a thunderbolt – I had two young sons and a beautiful wife, and it suddenly became crystal cIear to me. I have this fantastic life and I’m not ready just yet to give it up.’

Lucky for him, mum is one of the world’s leading slimming experts and was able to intervene.

WHAT IS SLIMMING WORLD AND HOW DOES IT WORK?

Slimming World’s healthy eating plan, Food Optimising, is based on the science of satiety (feeling ‘full’) and energy density – while their phased activity programme, Body Magic, eases members into exercise until it becomes an integral part of their daily routine.

Food Optimising is based on Free Food. With Free Food, members can fill up on foods such as poultry, fish, lean meat, pasta, grains, vegetables and fruit, without restriction. It means you don’t have to monitor every mouthful – so no calorie counting necessary!

Meanwhile, enjoying Healthy Extras encourages a healthy balance and includes calcium and fibre-rich foods such as milk, cheese, cereals and wholemeal bread. Plus, so you never feel deprived you can enjoy limited amounts of chocolate, crisps and alcohol.

All group members take part in IMAGE Therapy (Individual Motivation And Group Experience), where they celebrate success and share ideas and recipes, supporting each other to reach their dream weight.

His chiselled older brother Dominic, 41, is the picture of health and happiness.

According to his Facebook page, ‘Dom’ is the owner of the swanky Social Club Mallorca as well as a director at the glamourous Mood Beach restaurant, another company in which Margaret owns a share.

And Margaret’s firstborn Claire, who still lives in Mansfield, is no stranger to Margaret’s generosity with regular visits to her mother’s island paradise.

In addition to her swanky new 75,000 square foot Slimming World HQ in Alfreton, Derbyshire, which was opened last year (2018), Margaret has expanded her empire to include a number of business ventures in her new resort home.

In 2010 Margaret, who battled cancer and underwent a hysterectomcy in the nineties, was awarded an OBE for her service to the public and for raising £2M for charity.