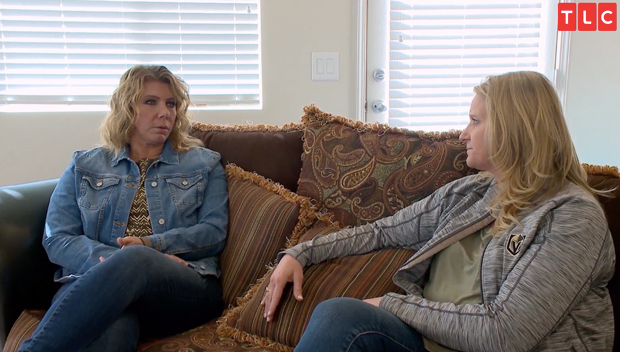 ‘Sister Wives’ is back! Season 8 will debut in 2019, and TLC has dropped a trailer that teases all the family drama ahead. There’s so much happening with the Browns this season!

Sister Wives season 8 premieres Jan. 20 at 8 p.m. on TLC. At the start of the trailer, Meri Brown brings Kody Brown and the rest of the sister wives together to talk about her bed and breakfast. Her loan was approved, but the down payment is still an issue. “The money, we just don’t have it,” Kody explains. Meri is frustrated, to say the least.

But that’s not the only trouble she’s encountering this season. Meri and Christine Brown still need to talk out their issues. “I feel like there’s just a lot for me to figure out. I mean, you don’t feel comfortable with me around,” Meri tells Christine as she breaks down in tears. Christine notes that the “Sister wife relationship is super tricky because you’re trying to be best friends with a woman who has a relationship with your husband.” Christine definitely has a point!

One of Kody’s main concerns is moving the family back to Utah. “Vegas has been good to us, and yet I’ve wanted to move back to Utah ever since we left,” Kody says. His plans to move the entire family again, this time to Arizona, does not go over well with Janelle Brown. “Ugh, I’m not going to do that again. I’m not going to pull Gabriel out in his junior year of high school,” an emotional Janelle tells Kody. However, Kody has made up his mind. Gabriel is left “fuming” about it and calls the move “awful.” Their latest move is not an easy one. Tensions are higher than ever! The new season of Sister Wives will consist of 11 new episodes.