A SINGLE mum can only afford to feed herself £1 pizza and chips after switching to Universal Credit due to high childcare costs.

Kimberley Hill, 23, fears she will be forced to give up her job because the nursery fees are leaving her with no money to feed herself. 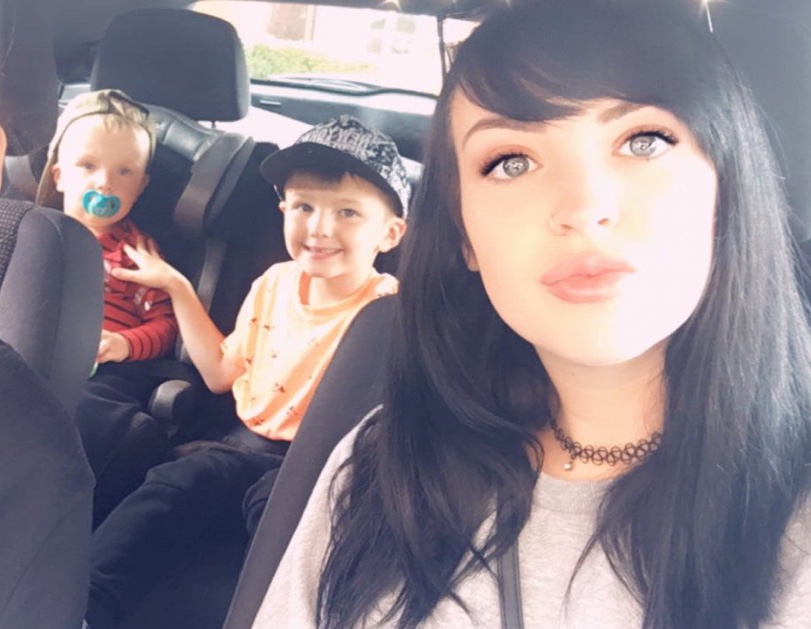 The mum, from Telford outside Birmingham, switched to Universal Credit at the end of June, thinking it would be better for her two boys – Austin, three and Wyatt, five, Birmingham Live reports.

She took an advance payment loan of £1,000 to cover her from when her benefits stopped until her Universal Credit payments started.

Then in September, a month after Austin turned three, she had to get a part-time job in logistics admin as the "looking for work" age had reduced from having a child aged five to three.

Working parents can apply for 30 hours of free childcare a week, but Kimberley missed the August deadline because she hadn't planned to return to work before then. 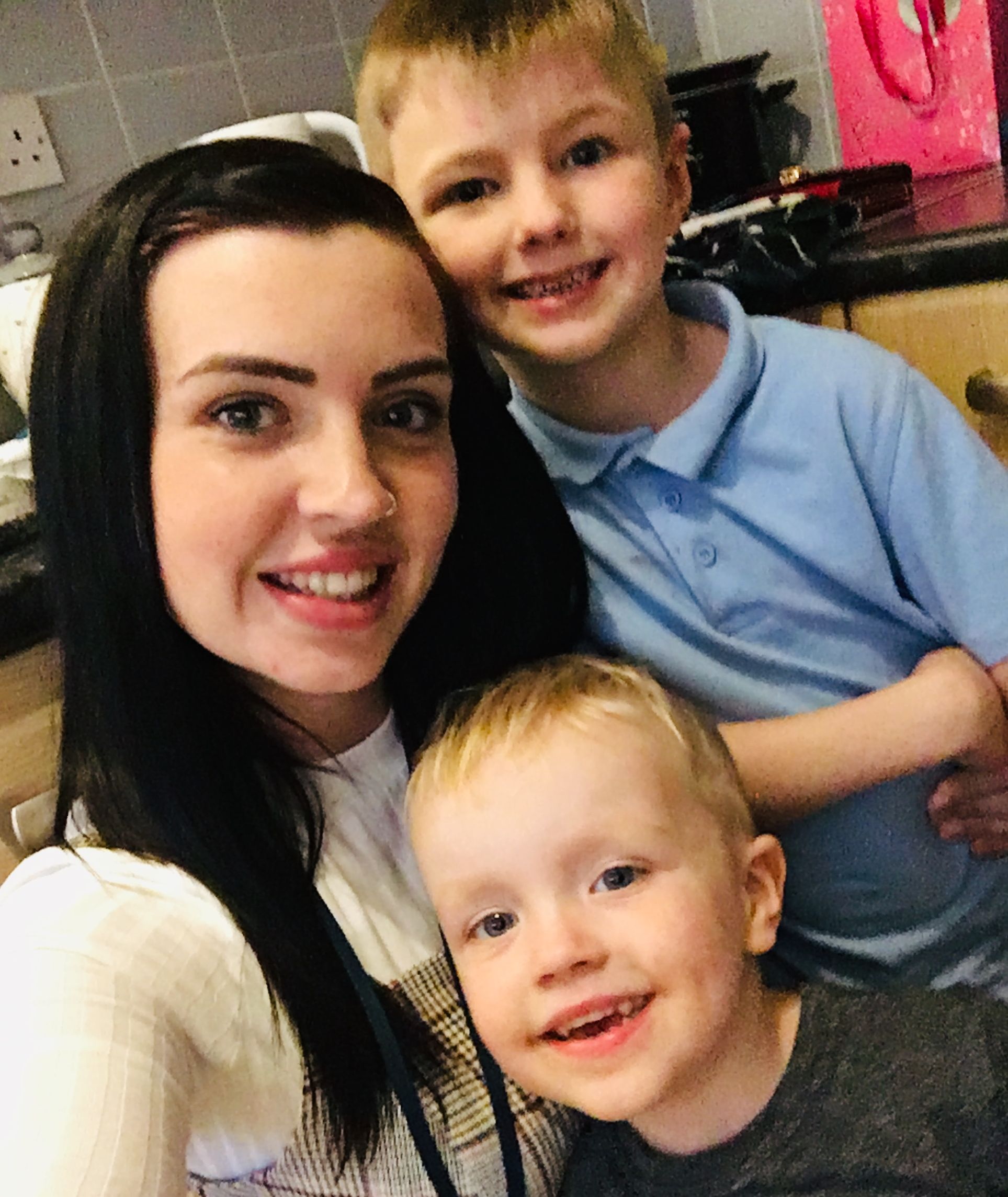 "I’m so saddened they expect me to return to work and are so eager for me to do so and, when I have found something, I have no support whatsoever," Kimberley said.

"My salary doesn’t even cover my childcare costs let alone any other bills."

The government reimburses working parents on Universal Credit up to 85 per cent of childcare costs, but they must find the money to pay for childcare themselves first.

Kimberley is unable to do so as her rent also needs to be paid upfront and her salary and Universal Credit are both paid in arrears.

She's not alone in this, which is why The Sun is calling for parents to be allowed to claim childcare costs upfront in our "Make Universal Credit Work" campaign.

One million people are already receiving it and by the time the system is fully rolled out in 2023, nearly 7 million will be on it.

But there are big problems with the flagship new system – it takes 5 weeks to get the first payment and it could leave some families worse off by thousands of pounds a year.

And while working families can claim back up to 85 per cent of their childcare costs, they must find the money to pay for childcare upfront – we’ve heard of families waiting up to 6 months for the money.

Working parents across the country told us they’ve been unable to take on more hours – or have even turned down better paid jobs or more hours because of the amount they get their benefits cut.

It’s time to Make Universal Credit work. We want the Government to:

Together, these changes will help Make Universal Credit Work.

Kimberley is also suffering from digestive problems, which doctors say are due to her diet and the lack of healthy food she eats.

"I feed the kids then I have whatever’s left over," she said.

"The doctors say I’m not getting enough fruit and veg but I cannot comprehend spending much money on a meal.

Due to the times Kimberley needs to drop off and collect Austin, she has to pay for a full day’s nursery fee even though she is only working from 12pm to 5pm Monday to Friday.

And she can only claim 15 free hours of childcare a week until her claim is upped to 30 hours in January.

Currently, Kimberley receives £1,049 Universal Credit per month but this will be reduced significantly when she starts receiving her monthly salary.

After a £240 allowance, her payment will reduce by 63p for every pound she earns due to the taper rate.

Kimberley initially switched to Universal Credit as she was struggling to save her weekly income support benefits to pay her monthly bills.

But she said it feels like she's getting "a lot less money" now, and she's had to ask family and neighbours for help with bills.

Kimberley can't get a credit card, overdraft or loans because of a debt relief order.

Hard-up Brits can get extra cash from the so-called Flexible Support Fund to help with the costs of getting a job, including travel, tools and childcare.

Unlike an Advance Payment, the money you receive is a grant rather than a loan, so you will not have to pay it back.

What to do if you have problems claiming Universal Credit

IF you're experiencing trouble applying for your Universal Credit, or the payments just don't cover costs, here are your options:

Apply for an advance – Claimants are able to get some cash within five days rather than waiting weeks for their first payment. But it's a loan which means the repayments will be automatically deducted from your future Universal Credit pay out.

Alternative Payment Arrangements – If you're falling behind on rent, you or your landlord may be able to apply for an APA which will get your payment sent directly to your landlord. You might also be able to change your payments to get them more frequently, or you can split the payments if you're part of a couple.

Budgeting Advance – You may be able to get help from the government to help with emergency household costs of up to £348 if you're single, £464 if you're part of a couple or £812 if you have children. These are only in cases like your cooker breaking down or for help getting a job. You'll have to repay the advance through your regular Universal Credit payments. You'll still have to repay the loan, even if you stop claiming for Universal Credit.

Foodbanks – If you're really hard up and struggling to buy food and toiletries, you can find your local foodbank who will provide you with help for free. You can find your nearest one on the Trussell Trust website.

Kimberley applied for this but said she was told she was likely to be denied as the amount she needed was high.

She said: "I don’t even know if I can cope with the stress or worry.

"If I don’t [get accepted for the Flexible Support Fund] then I'll have to quit my job and they will chase me to search for a new one. It will be a never ending circle."

A spokesperson for the Department for Work and Pensions (DWP) told The Sun it has agreed to offer Kimberley help from the Flexible Support Fund and added: "We’re committed to helping everyone access the support they need.

"Up-front care costs can be claimed out of the Flexible Support Fund and Ms Hill’s claim has been allowed.

"With Universal Credit, working parents can recover up to 85 per cent of eligible childcare costs.

"Ms Hill has also applied for up to 30 hours free childcare to begin in January, and advice for families about when to claim is available online."

Throughout the The Sun's Make Universal Credit Work campaign, we've also told you about mum-of-two Kylie Goodyear, who is living in a caravan after being evicted because Universal Credit delays meant she couldn't pay rent.

As is dad, Martin Weaver, who ran out of cash during his four-week wait.

And mum Mel Lock was forced to wait a whopping nine weeks for her first Universal Credit payment.