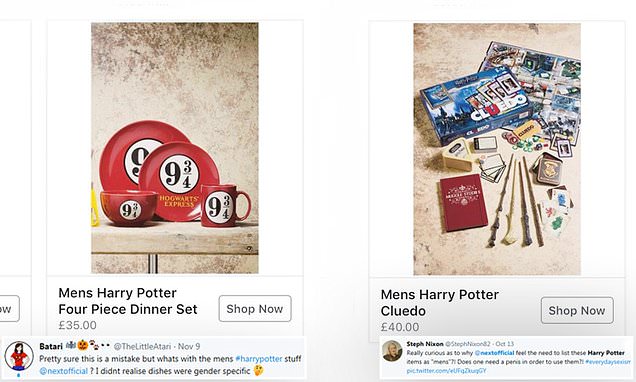 ‘Do you need a penis to use them?’ Shoppers slam Next for labelling Harry Potter-themed crockery and boardgames as gifts for MEN

High street fashion retailer Next has come under fire for labelling Harry Potter themed games and crockery under present ideas for men.

The store has faced questions from bemused shoppers as to why a Harry Potter dining set, featuring plates, a cup and a bowl might need to be categorised as gender-specific.

One social media user quipped: ‘Do you need a penis to use them?’ While another said: ‘I didn’t realise dishes were gender specific.’ 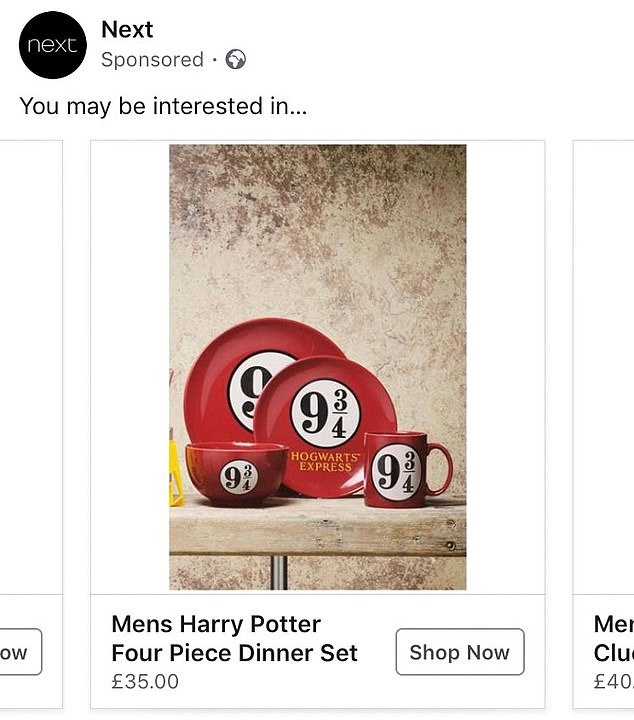 One of the adverts that have landed retailer Next in hot water. Shoppers were left bemused as to why items including plates, cups and bowls would need to be labelled as ‘Men’s’ 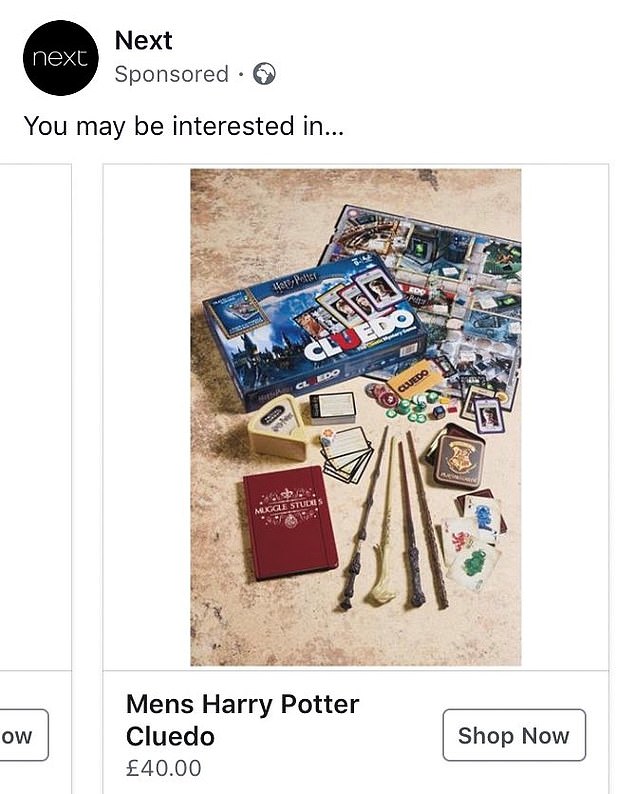 It’s a mystery! A Cluedo boardgame themed around Harry Potter was also labelled as a Men’s gift idea

The images appeared in sponsored content for the store, with a tagline ‘You may be interested in…’

On one of the photos, there’s a ‘Men’s Harry Potter Cluedo’, a board game themed around the boy wizard.

It didn’t take long for shoppers to pick up on the gender-specific gift ideas from Next…and call them out about it on Twitter.

One user, @KasiaDee wrote: ‘Hmm @nextofficial, please explain why your Harry Potter products are for men? Aren’t females allowed to have these products too? @LetToysBeToys.’ 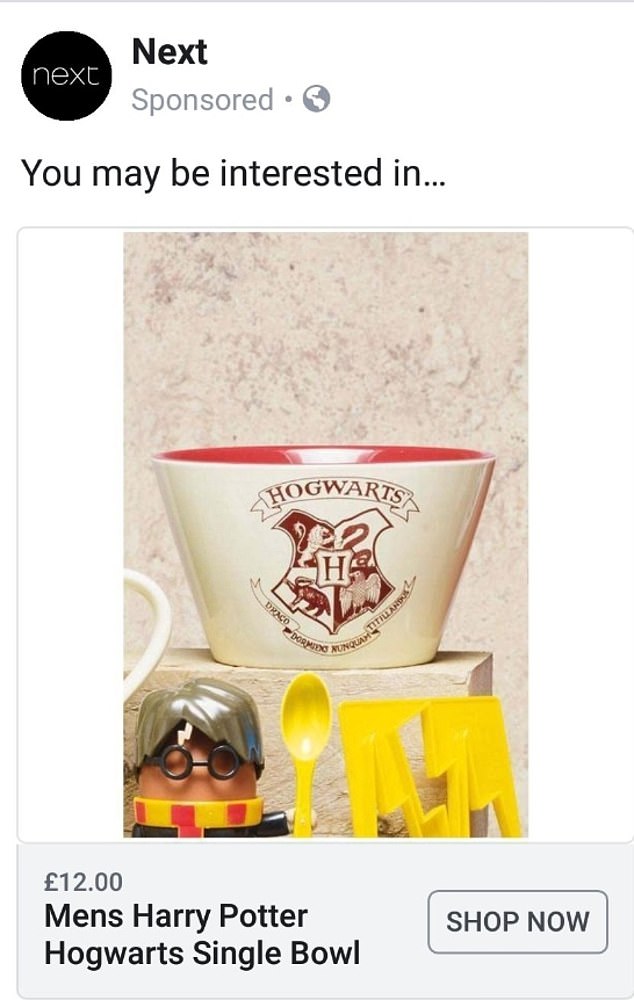 Do you need a penis to use it? One shopper was dumbfounded by the sight of a bowl being targeted specifically at males

The retailer responded to the messages saying the products had been categorised incorrectly.

A spokesperson for the company said: ‘In regards to our Harry Potter range, it is not gender-specific and we want everyone to enjoy them, we’ll get that fed back so that it can be tweaked. Many thanks.’

The gender neutral debate rages on with many retailers increasingly inclined to not include male or female labels on clothes.

The chain has also removed ‘boys’ and ‘girls’ signs from its childrenswear departments to avoid ‘reinforcing gender stereotypes’.

Instead, genderless labels say either ‘Boys & Girls’ or ‘Girls & Boys’, and are on all own-brand clothing from newborn to 14 years.

MailOnline has contacted Next for cmment