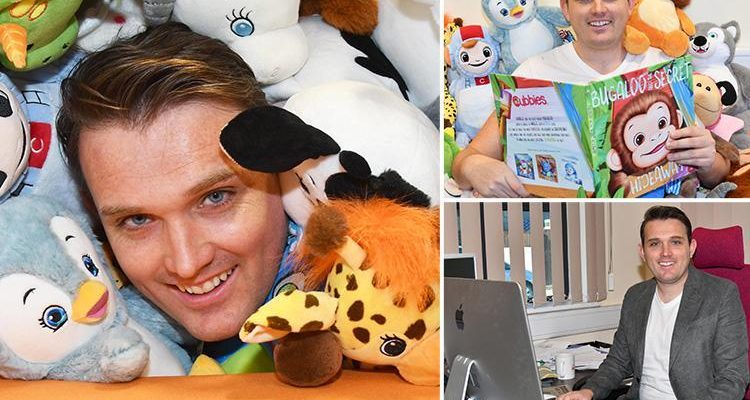 The 36-year-old from Blackpool, who started working as an apprentice at River Island for £11 a day when he was 16, now develops personalised toys and books for children. 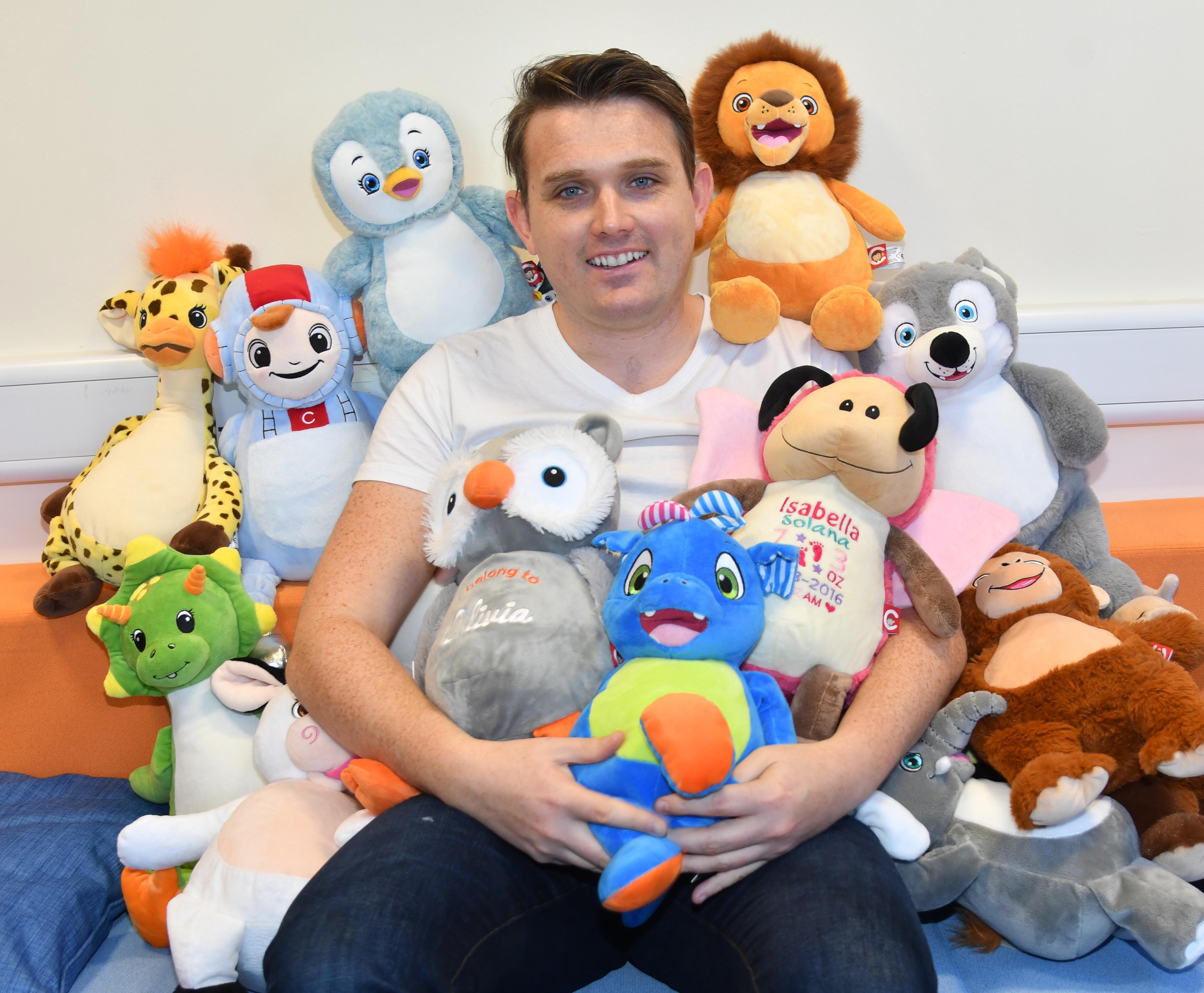 The company called Cubbies, which was started in 2010, manufactures toys with personal messages embroidered on.

But at the age of 16, things looked very different for Lee.

He had left school in Blackpool with bad grades and didn’t really know what to do with his life and went from school to folding jeans in River Island to working on a cruise ship.

“I didn’t know what I was good at… and I had really bad grades,” Lee told The Sun.

“I worked on cruise ship when I was 21, so I’d been all over the place.

“My CV read as this person has gone from job to job to job – he can’t hold down a job.” 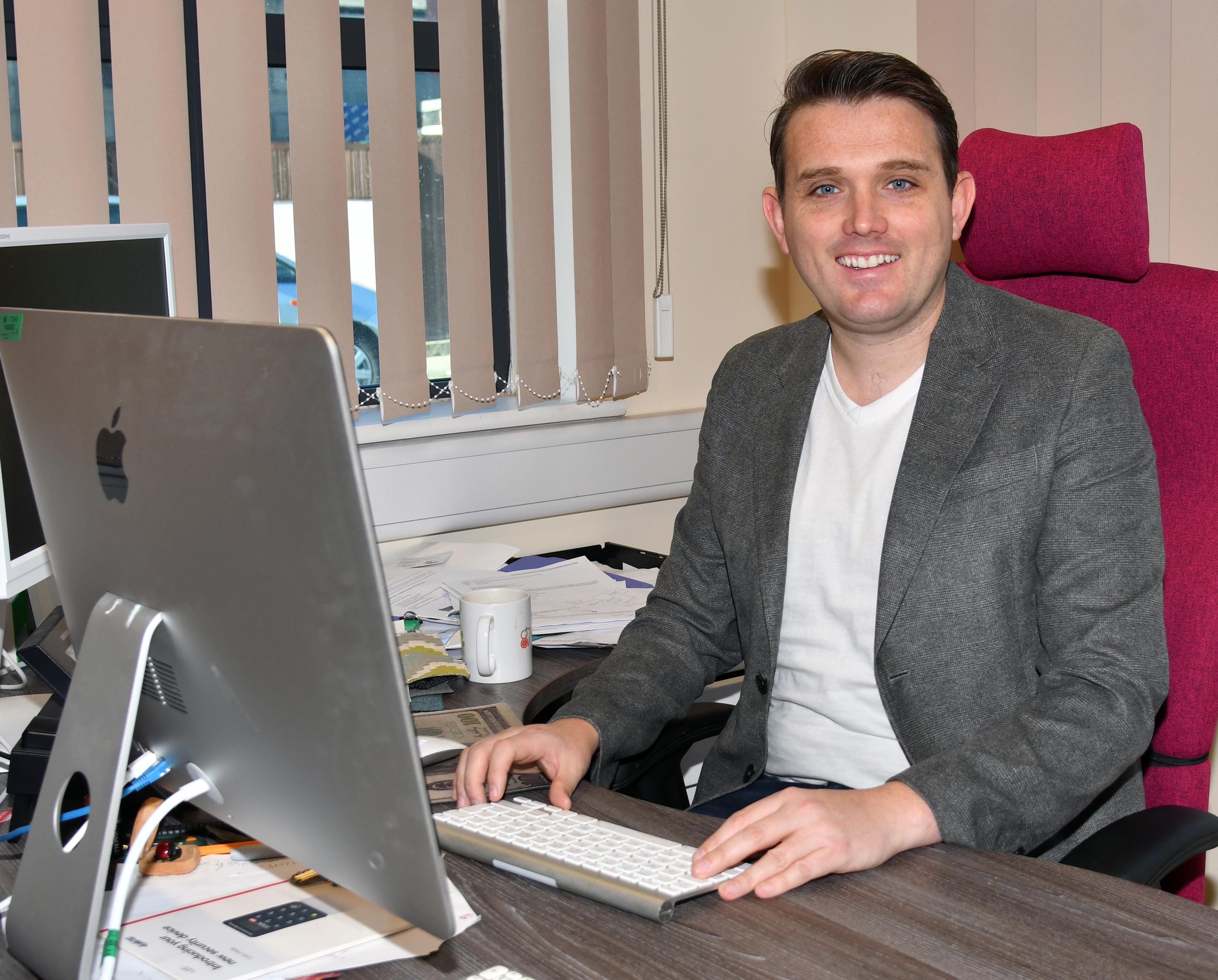 In 2006 he moved to Canada for a fresh start and three years later, he started working as a customer services representative for the Canadian toy company Parkdale Novelty – but it was all about to come to an abrupt end too.

He’d been processing orders and picking up the phone and it was here he learned the ropes – and spotted how the company could grow.

He says he tried to encourage his bosses to focus more on developing sales leads and he also asked for permission to go down to part-time from full-time, but was made redundant.

“It was soul-destroying,” he says.

This was the second job in a row he had lost – but the list was about to become even longer.

After he left Parkdale he joined a bag company called California Innovations working in admin and customer services, but he didn't pass the probation as his work wasn't good enough.

He had earlier done a similar job for music concert ticket company Official Community, but he didn't pass probation there either.

“I was bored and demotivated doing administration roles with no creative freedom.

“Also, because I have ADD, I would make mistakes in even the most mundane of tasks.

"Once I had the task of putting concert tickets in envelopes that matched the name and address.

"A week later people called up to complain they had someone else's ticket." 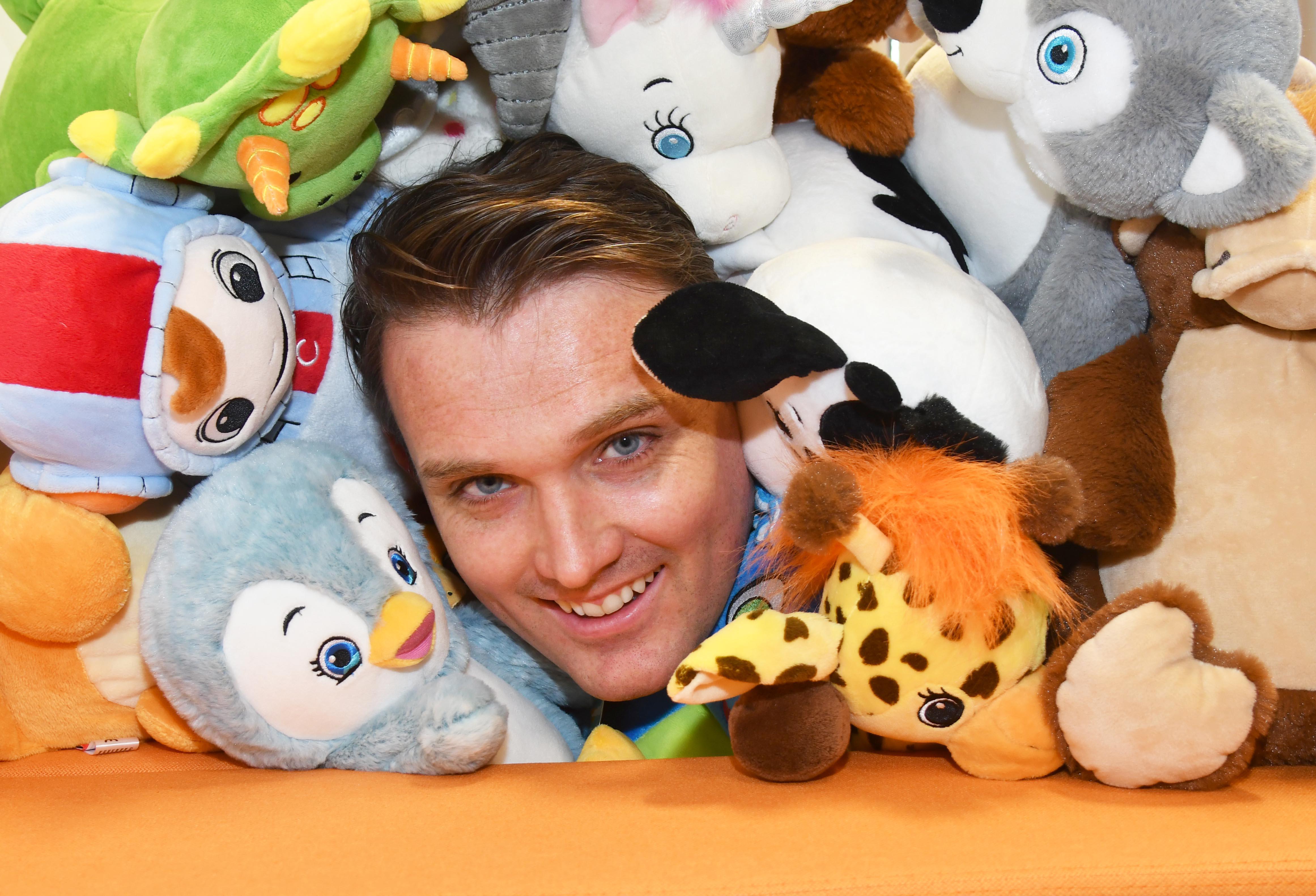 At Parkdale, Lee says he was told he wasn’t needed anymore, but he decided to use his experiences at the company to his advantage.

The company was creating a type of teddy bear that you could embroider on and take the stuffing out.

In his customer services role, Lee could see there was a lot of interest in it but says the company wasn’t doing it particularly well so he thought he could do it better but in a different market.

“When I got made redundant I thought, ‘I think I can do this myself’.

“I was unemployable – the only person who would hire me was myself.

“So I basically hired myself and created this business based on this type of toy.” 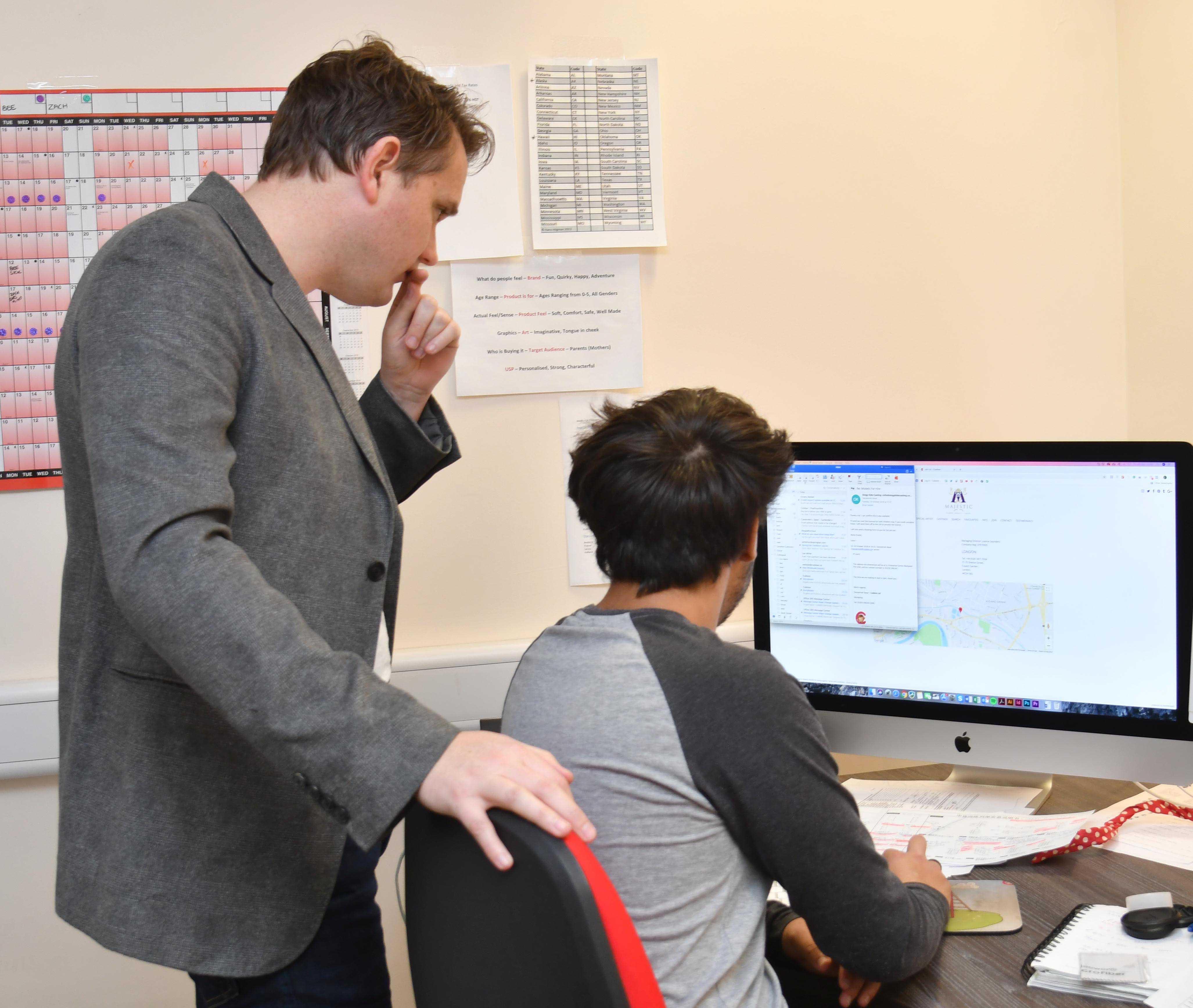 In 2010, he officially founded Cubbies – named after his dog Cubby – but he had a rocky start.

Lee used a middleman in Canada, where he lived at the time, who’d order the goods from abroad and bring them in.

But the middleman wasn’t good in neither quality control nor product design, so he found his flat filled up with yellow duck toys with zips that didn’t open.

“I received all this stock that was really bad quality, and I thought to myself: ‘I don’t know what I’m doing here really”.

“And my girlfriend said then that I should get a real job.”

But Lee really wanted to run his own business, so while he didn’t let the setbacks scupper his plans it wasn’t easy.

He received a start-up business loan worth just under £9,000 from the Canadian Youth Business Foundation and his Canadian bank also matched it, so he received a rough total of £18,000.

“It was kind of scary when I got it, because I had no job so I ended up using some of it on rent and food.

“By the time I ended up using it for the business, I had already blown through £4,000 on living expenses.”

He moved back to the UK and Blackpool in the end of 2012 as his relationship came to an end, and was forced to move back in with his parents.

Yet he decided to continue with the business the following year. 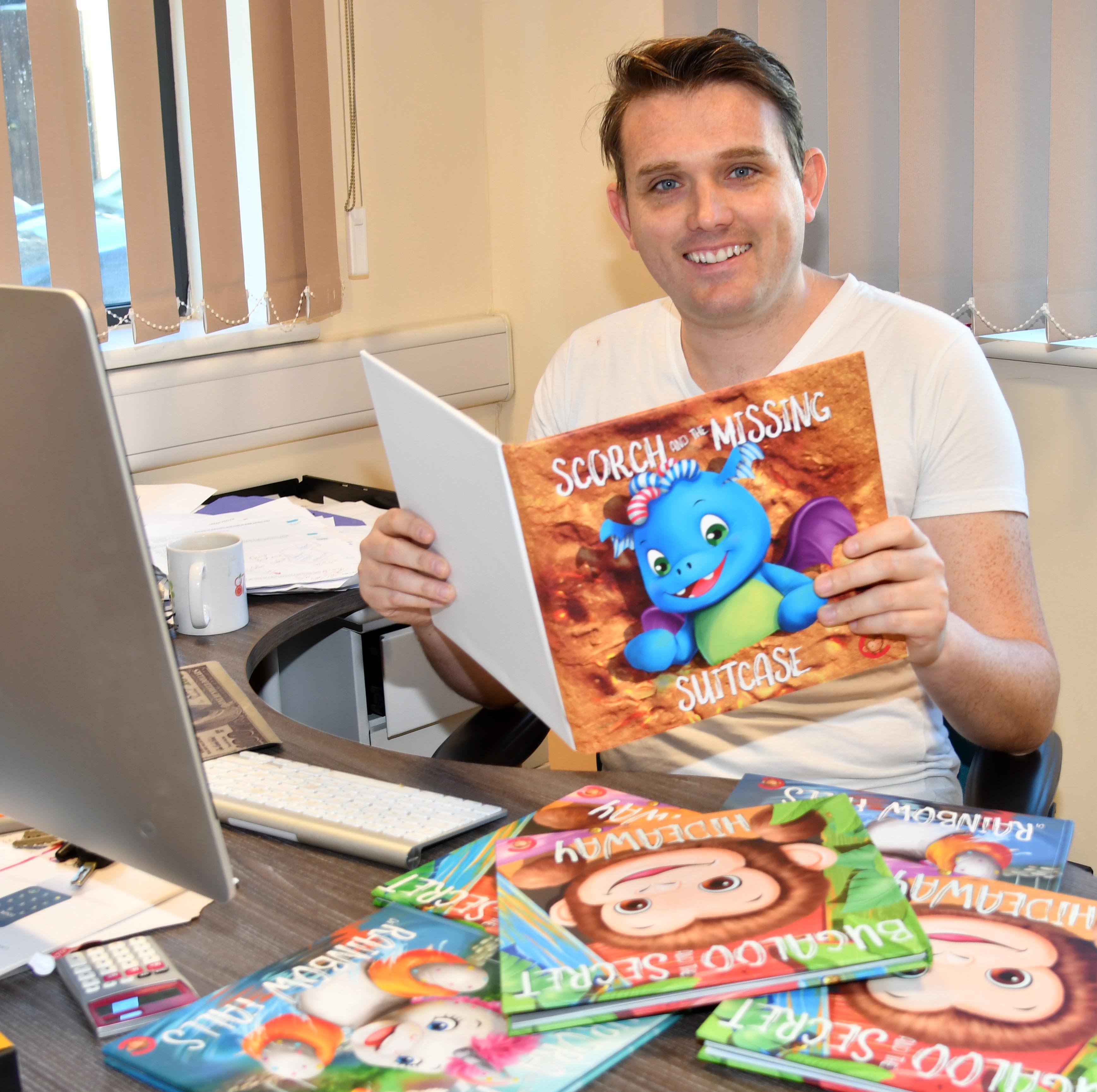 “The business was still really small, but no one was doing it in the UK or Europe.

“It was just a great market for it.”

He began in his parent’s house with a mobile phone and laptop, and eventually needed an office as well as another staff member.

He managed to get a shared office in Blackpool town centre for £100 per month for a table.

Lee also hired an apprentice for £125 a week to help him with the service side of things – and it was all he could afford at the time.

Today the business is expecting an annual turnover of £1.4million for this financial year, and it’s also branching into children’s picture books.

The toys are manufactured in China where it has six factories, but Cubbies also has three warehouses – Canada, the UK and the US – as well as distributors in Australia, Russia and Israel.

Lee says it sells 150,000 toys a year around the world – with the US and the UK taking around 25 per cent of the market each. 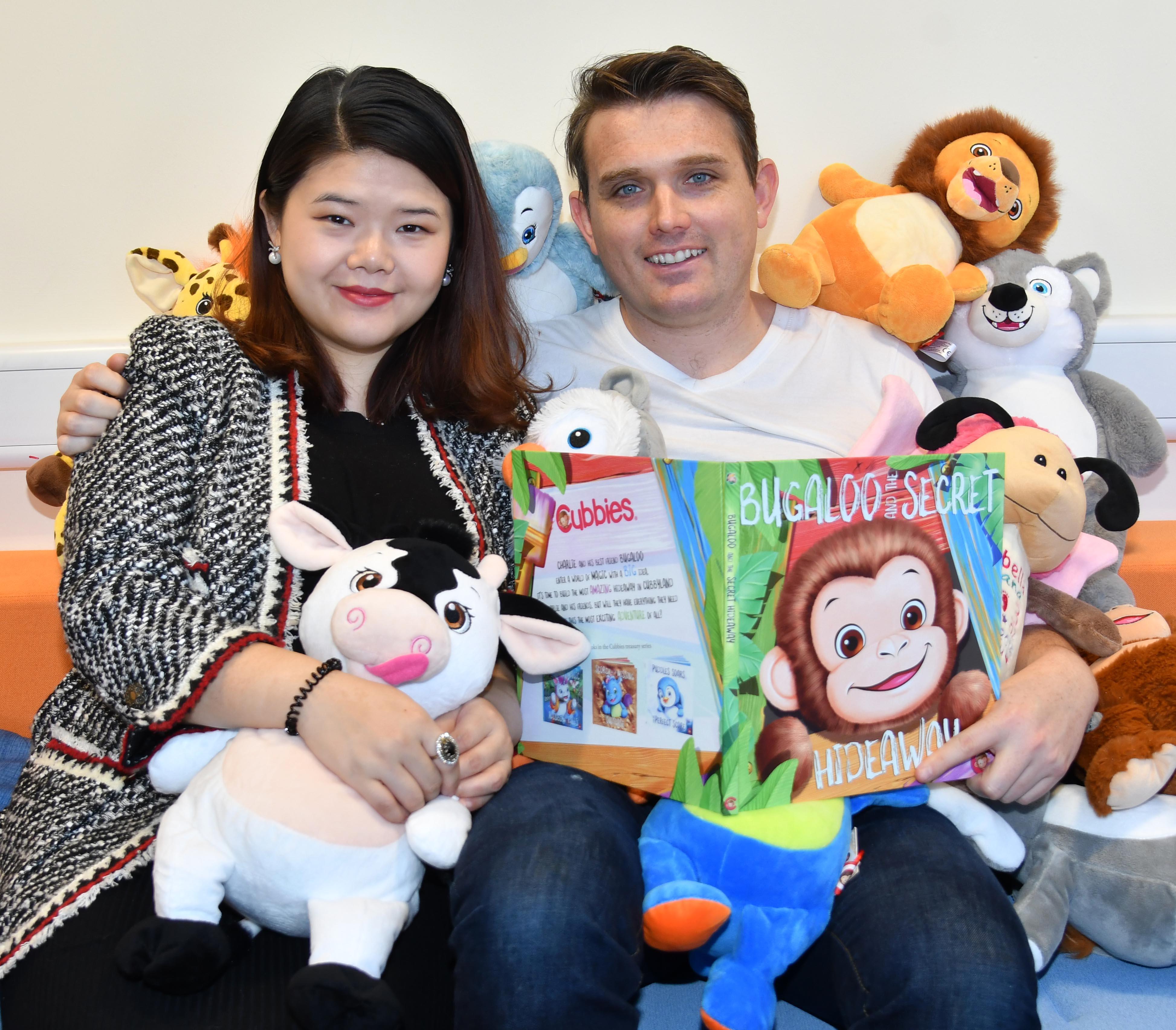 The toys are today available in 25 countries and they have 2,000 retailers signed up and ready to personalise each Cubby.

He says it’s the first time he’s actually being creative, something he only realised he was good at once he started with Cubbies.

But Lee, who’s currently expecting his first child with his wife Fiona, 27, fell into the toy industry simply by working for Parkdale in Canada.

He met Fiona, whose real Chinese name is actually Yuanyuan, when he hired her as a translator for one of this toy factories.

“I’ve gone from toys to story books, and now I’m working on how the story should be led with the pictures.

“It’s totally different to toys, but the idea is about creating something.

“And it’s what I absolutely love.”

Keen to run your own business but could do with some inspiration?

We recently spoke to the 31-year-old GCSE dropout who started £30million fashion empire In The Style with just £1,000.

We've also chatted with Josh Luber who turned his love of trainers into a £777million stock market for sneakers StockX.