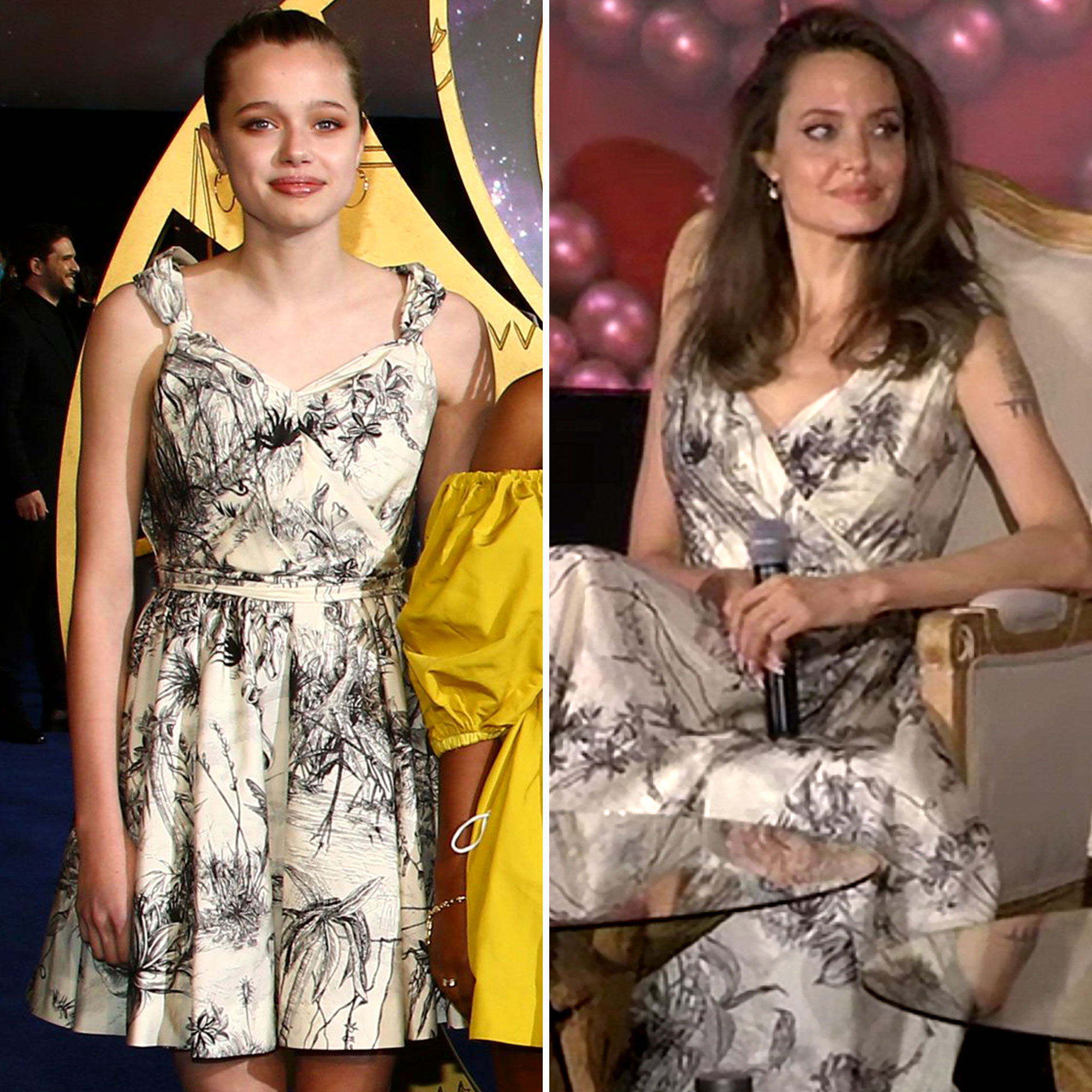 OMG! On Thursday, October 27, Angelina Jolie’s daughter Shiloh Jolie-Pitt rewore one of mom’s Dior dresses for the UK premiere of Marvel Studios’ Eternals — and the 15-year-old looked like a spitting image of mom on the red carpet.

Jolie debuted the black and white designer number at a Maleficent: Mistress of Evil press conference in 2019. It appears as though the tropical-print dress has been altered since the actress wore it two years ago. Shiloh’s version is shorter — and it fits the teen like a dream.

Angelina — who plays the role of Thena in the upcoming film — donned a custom Valentino Haute Couture for the UK premiere, styled by Jason Bolden. She posed for some photos alone before pulling her children into the family photo op.

The fact that Shiloh rocked one of her mom’s looks shouldn’t come as a surprise. Apparently, Jolie encourages her children to shop in her closet. “I’m like, ‘Oh my god, wear it and wear it better than me! Take it, it’s your turn,” she told she told E! News.

Angelina’s eldest daughter, Zahara, had a chance to sport one of her mom’s most iconic looks earlier this week at the Los Angeles premiere of the Marvel film. For the event, Zahara donned her mom’s 2014 Elie Saab Oscars gown. 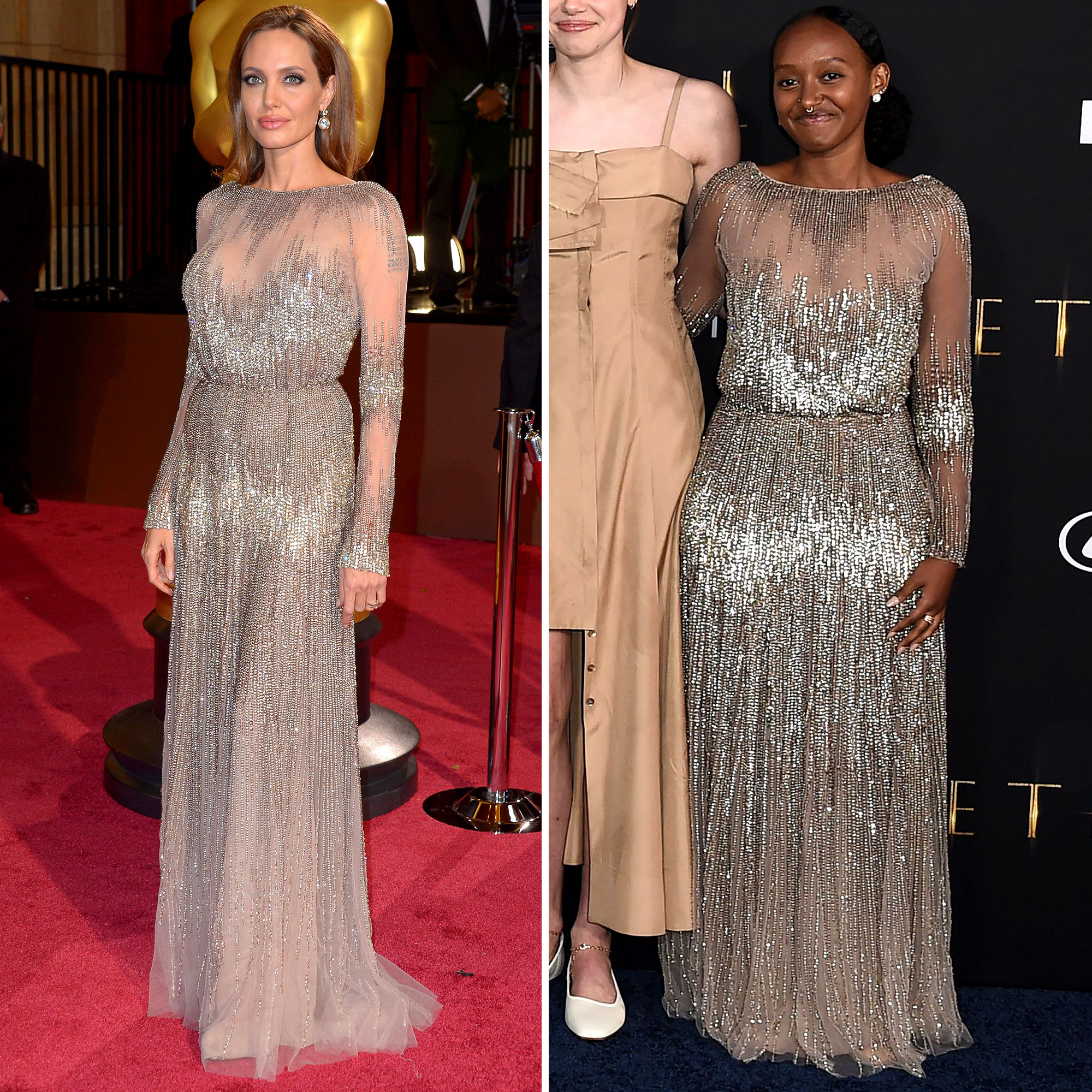 “My kids are all mixed with vintage, and in my old Oscars dress,” the Maleficent star told Entertainment Tonight on the carpet. “We did all vintage and upcycled my old stuff.”

The Mr. and Mrs. Smith star’s adorable moments with her children isn’t the only part of her red carpet appearances making headlines in recent days. The star’s hair extensions caused quite the Twitter tizzy following the movie’s Rome premiere on Sunday, October 24. It appears that her extensions weren’t blended properly, creating a shelf where her real hair met the clip-ins.

Stassi Schroeder wasted no time calling out the beauty malfunction, taking to Instagram Stories following the premiere. “Before I say goodnight, I’d like to know who decided to give this queen unblended extensions,” the 33-year-old Vanderpump Rules alum captioned a photo from the red carpet. “Okay, what I’m truly asking is who is fired right now?”