Shiggy, the man behind “The Shiggy Show,” exploded onto the viral scene this year with a simple dance video that completely changed his life.

For more than two years, he posted dance and other comedy videos with his online show, but in June, one viral clip made him a household name.

In the short clip, he danced to the hit Drake single “In My Feelings” – that clip now has over 7 million views on Instagram.

From then on, the video exploded — all over the world, people mimicked and riffed on his choreography, sharing their versions online with #DoTheShiggy and #InMyFeelingsChallenge. The latter was used in over 678,000 posts on Instagram.

When you and Bae #DoTheShiggy On Top of Cape Town on ur #Honeymoon. @DangeRussWilson #InMyFeelingsChallenge

He told ABC News’ Michael Strahan the routine “definitely came from the heart”.

“I was outside with some friends and I was, thinking of something to do … then, I heard the song and it just made me want to dance and move.”

If he could do it all over again with a budget, he said, “I don’t feel like I would have did it any differently.”

He said because he posts similar videos “all the time,” he “never would have thought in a million years that a video would take off like that.”

Gospel singer Kirk Franklin and Will Smith doing the “Shiggy Challenge” made him realize the success of the dance, he said.

“The people on the news is doing it… it’s just like, a lot of people that you don’t expect to do it and a lot of platforms … I never would have imagined being on,” he said of the viral challenge.

Smith’s rendition on top of a bridge in Budapest, filmed with a drone, was one of his favorites, he said.

Last day in Budapest. I woke up #InMyFeelings I’ma Keep It ??… I was TERRIFIED up there. That’s why my dance moves is all STIFF! Haha #InMyFeelingsChallenge #DoTheShiggy . Be smart, don’t attempt doing this under any circumstances. . ??: @jas @aidan @aaronjonferguson

“Will, he takes stuff to another level.”

“I wish he would have did [it] a little later, ’cause after that, the challenge is basically over,” Shiggy joked. “Because, he shut it down.”

He said “a lot of people” have asked him to make other dances, but “it doesn’t always have the same effect… it’s not coming from my head… like that came from Will Smith’s heart. I feel that.”

Some chose to do the challenge alongside a moving car -– which Shiggy said “was cool cause then it amps the challenge.”

He acknowledged not every “ghost riding” video went as planned -– the attempts were, after all, dangerous.

“You gotta challenge yourself, you gotta do crazy things and take it to the next level,” he said. “Some, people took it way too far, but, some people did it smooth,” he said. “I really, I like the effort, you know.”

“Dancing to me, is all about having fun and being free and expressing yourself,” he continued. “Those people they tried expressing themselves, in an amazing way… you could see the smile in their face and the dedication in their eyes as they do this, you know.”

That dance he made up in a street in June turned into a challenge – then a movement.

“It’s crazy, ’cause to me, I really do nothing. I’m just dancing, I’m just having fun with my friends,” he said.

He said he is still amazed that that simple dance reached millions around the world, including Dubai and Pakistan.

“All different type of countries just sending me videos… All crazy places that you would never think.” 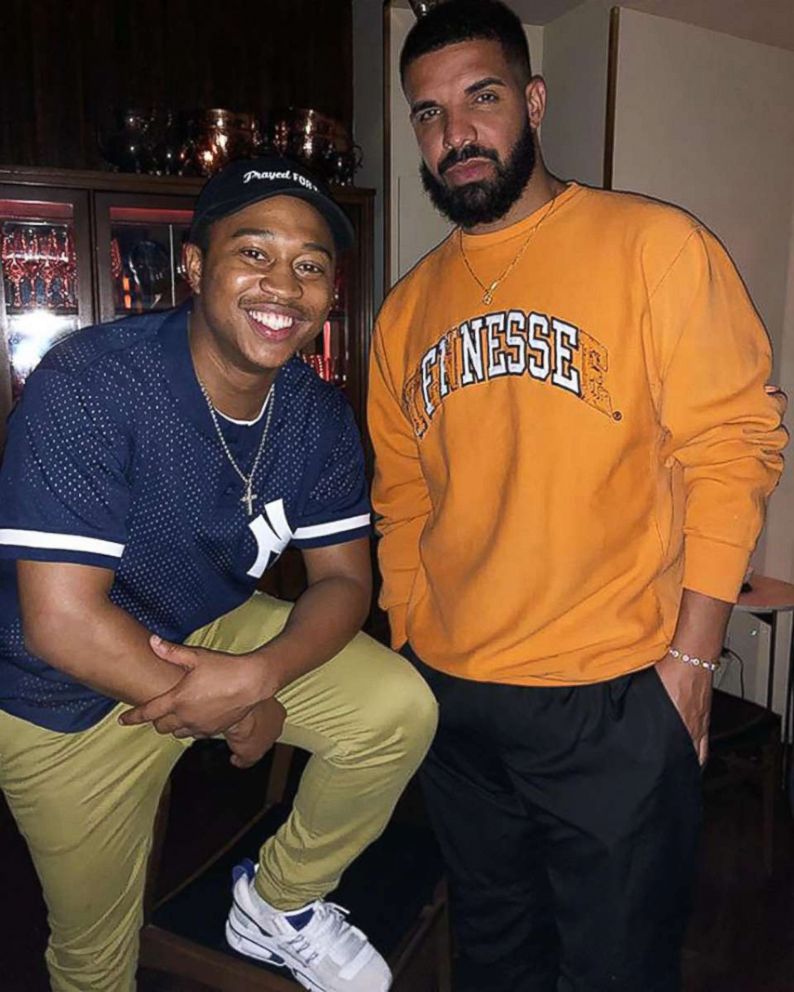 In August, Drake released the much-anticipated music video to accompany his single –- not only did it feature a cameo from Shiggy, dancers mimicked the now-viral dance he created. That video has over 165 million views on YouTube.

Had A Great Time On Set Shooting This Video Tried My Best To Hold This In But It’s Out Now So Go Check Me Out In The Official “In My Feelings” Video Special S/O To @champagnepapi For Having Me In This, @lala As KeKe Is Genius and To have the Legendary Ms Phylicia Rashad To Play Her Mom Is Awww Man…Yall Did Yall Thing @karenaevans Thank You For Letting Me Be Apart Of Your Vision ???? Link In Bio ..????

Shiggy also commented on another one of this year’s viral dancers — Russell Horning, who became affectionately known as “Backpack Kid” after a performance with Katy Perry on “Saturday Night Live” – and made the “floss” dance go viral.

“The floss is one of those dances … like it’s fun like always fun to do,” Shiggy said – admitting he doesn’t “really know” how to do the move — “it’s like a technique… I never get it right but it’s just like fun to do ’cause it just so silly!”