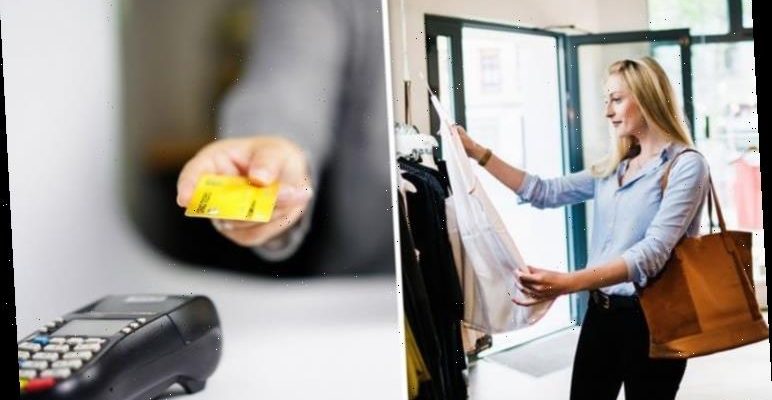 Since the lockdown began, supermarket delivery slots have become scarce as people hope to avoid going into shops in person due to the coronavirus. However, Britons have been urged to leave the online slots for shielders and vulnerable customers who are unable to go out in the lockdown. But while supermarkets have put policies in place to help vulnerable shoppers get priority, many are falling through the gaps due to strict criteria.

Shielders are those who are “clinically extremely vulnerable” to coronavirus due to medical conditions, and they cannot go out at all during the lockdown – though the rule has been relaxed slightly in the last week to allow them to go outdoors.

Most shielders will have received a letter from the government to tell them they are in the high risk category – but many supermarkets are relying on this list to help prioritise its customer delivery slots.

One shielder from Essex, who wished to remain anonymous, said they’d been left “absolutely stuck” when the lockdown started.

“Despite having to shield, I didn’t receive the letter [initially]. Indeed I only got this early May. So we couldn’t get any deliveries from anyone,” the shielder told Express.co.uk.

Though they usually shop in Sainsbury’s, Waitrose or Tesco, they struggled to get deliveries from any of their regular stores.

The shielder said the supermarkets’ criteria for the deliveries meant that many would fall through the cracks.

They found that Ocado, who they’d shopped with for 15 years but less so in the last year, prioritised those on the vulnerable list – but you also had to be a regular customer for the past six months, leaving them without. 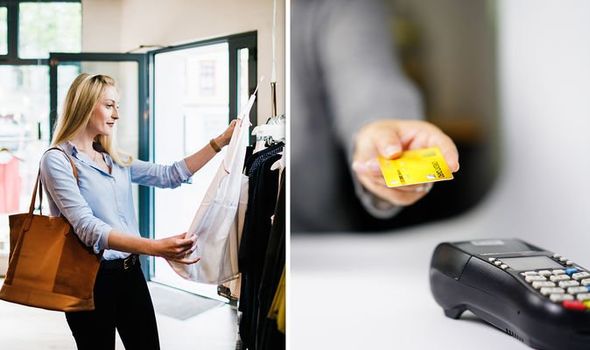 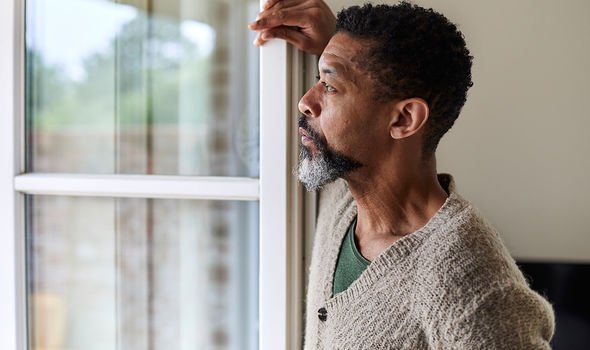 Meanwhile, Waitrose needed to see that they were over 70 and on the high risk list, as well as evidence through deliveries or a Waitrose loyalty card that they were a regular customer.

This means that if you pay in cash or don’t have one of their store cards, you could be unable to get a priority slot.

A spokesperson For Ocado commented: “Like all supermarkets across the UK, we have received an edited version of the government’s shield list of people who are clinically extremely vulnerable to coronavirus, and who have also signed up for help with accessing food. We have cross-referenced it with our customer database to help support those in need and we are contacting our customers on the list to offer them priority access to ocado.com. We will continue to do our part as the government updates its shield list.”

Waitrose has also been relying on the government lists – and is also urging non-shielding customers to leave the delivery slots free for those who need it most.

A spokesperson for Waitrose said: “We’ve been doing all we can to identify customers who need us the most and to provide priority access to online delivery slots. While we’ve more than doubled our online orders we know that demand is still more than we’re able to fulfil, so we’ve been asking any customers who are able to go to a shop – or with someone able to go to a shop on their behalf – to do so. We have full social distancing in place and have taken extensive steps to make this as easy and as safe as possible.”

While waiting to get onto the list, the Essex-based shielder had to get by using a vegetable delivery service from a local farm shop as well as help from others who could deliver food to their home.

They also received one of the free food parcels once they received the letter – but they couldn’t use it.

“As I am gluten free (Lupus) and so is my family, we couldn’t eat any of it. I donated it to the food bank and cancelled the next one,” the shielder said.

However, once they had their letter they were able to get onto the Tesco, Waitrose and Ocado priority lists – but it’s not without its downsides. “The weekly shop is best from Ocado for us, as it has the biggest delivery range. We’d prefer Sainsbury’s as it’s cheaper, but no luck at all from them. And occasionally Tesco as they have the best gluten-free range.”

A spokesperson for Sainsbury’s claimed that the customer had missed some details on a registration form, but its team will be arranging a call to help book a delivery slot.

In response to the issues, a spokesperson for Tesco said: “We are continuing to do everything we can to increase our online capacity and support our most vulnerable customers. Since the start of this crisis, we have more than doubled our online capacity, with 1.3 million online slots this week. We are working hard to support as many customers as possible who have needed our help, with more than 530,000 vulnerable customers now on our priority list. If a customer is vulnerable and needs our support, we would encourage them to contact us directly.”

Others are having similar trouble as they try to get their priority delivery slot from their regular supermarket.

Another shielder, who chose to remain anonymous, said their Sainsbury’s delivery never showed up even though they’d managed to get onto the list.

“We’d had some technical issues when making amendments to the order so we spoke with their support team who reassured us the delivery would still go ahead. It never turned up. When we called they said there was nothing they could do and we would have to rebook a delivery – waiting time at least a week,” the customer said.

A Sainsbury’s spokesperson said: “We were the first supermarket to prioritise elderly and vulnerable people for home delivery. We continue to do this and have now offered slots to 900,000 customers. We have apologised for the technical issue with [the shielder’s] order and provided a gesture of goodwill to apologise for the inconvenience this may have caused.”

The high-risk customer then switched to Asda, but found they were left with “bizarre replacements” as the store substituted items it didn’t have.

“In our last shop £60 worth of goods were either missing or damaged when they got to us,” they commented. “We’ve had red wine to replace white, caged hen eggs delivered when we’ve ordered free range, we had two bags of shopping delivered last week that weren’t ours. I asked the delivery guy if they were busy – he said ‘not really’. It seems the situation is being used as an excuse for a reduced customer service.” 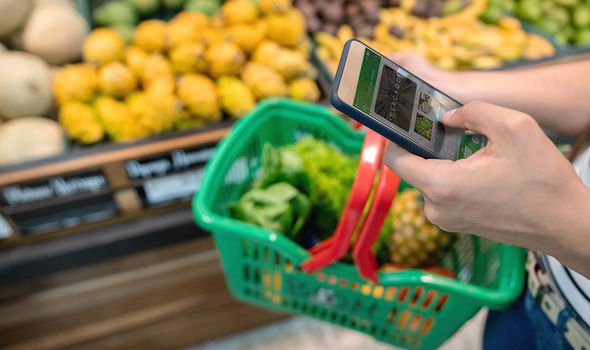 An Asda spokesperson commented: “We can only prioritise customers who have been identified to us by the government. We do not have permission due to GDPR rules to store any medical information about customers which we could use to prioritise them. So far we have written to over 250,000 people who were identified by the government to us as extremely vulnerable. These people now have access to priority delivery slots and free delivery for their essentials.”

Others have been luckier to get the food deliveries they needed, but only thanks to having the foresight of getting ahead of the crowd.

Another shielder based in London, who wished to remain anonymous, said: “Working in healthcare I saw COVID-19 coming and booked two months’ worth of weekly slots way back in February. The downside is that prices have shot up, which makes it tough for people like me earning way below the national UK average salary.”

They also had problems with missing items, making it impossible to meal plan, and fresh fruit and vegetables didn’t seem to be as available as usual.

However, the main problem has been accessibility, with the shielder saying there was “a massive reduction in ‘convenience items’ like pre-chopped stuff or single person helpings – all of which are vital if you have a disability. I can’t chop stuff and I can’t lift heavy stuff (and by heavy I mean a full carton of juice).”

The Londoner also said that the food parcels from the government were not disability friendly, with no thought for those on special diets such as gluten-free, low salt or even for vegetarians. “There’s also no thought for things like toothpaste and other essentials that people get from the shops,” they added. 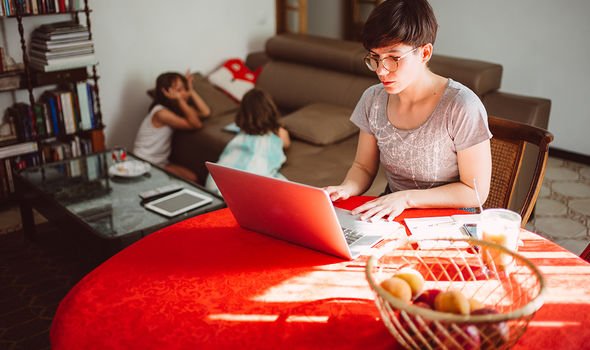 Despite the problems with getting delivery slots, supermarkets have been working hard to feed the nation while the lockdown goes on.

Co-op, Morrisons, Aldi and Marks and Spencer have all partnered with Deliveroo to offer same-day deliveries for those needing their essentials such as bread and milk.

The main supermarkets have also launched multiple food boxes that customers can order if they are unable to place their full groceries order. The boxes from Morrisons, Marks and Spencer, Asda and Lidl include “wonky veg” boxes as well as meat essentials, gluten-free selections and vegetarian options.

MoneySavingExpert has also recommended checking out as quickly as possible when booking an online order to secure your slot, and then going back to amend it and add the rest of your groceries once it’s confirmed – though supermarkets have different rules of how and when you can edit your order.

Volunteers are offering to pick up groceries for their neighbours too, with Sainsbury’s, Tesco and Asda all launching Volunteer Shopping Cards which allow them to shop on your behalf with a card that you top up – meaning payment is secure and keeping it contactless as there’s no need to part with cash.