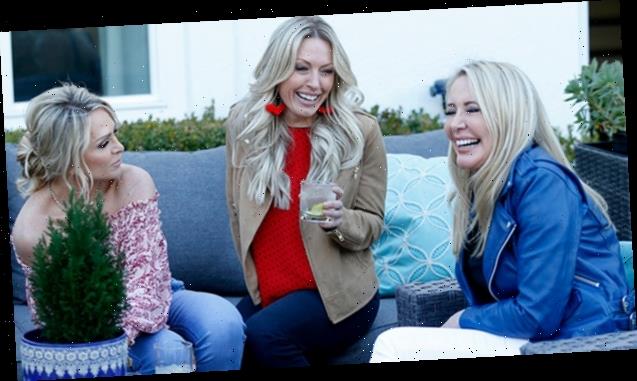 After lip locks and talks about threesomes on ‘RHOC’, Shannon Beador says there’s more wild antics to come from Tamra Judge and Braunwyn Windham-Burke! She also dishes on her drama with Tamra, as seen in the midseason trailer!

If you thought the wild behavior from Tamra Judge and Braunwyn Windham-Burke was over, think again! Shannon Beador tells HollywoodLife that the The Real Housewives of Orange County stars’ antics have just begun. “It will continue on,” Shannon said during an exclusive interview while in New York City promoting her partnership with INNOVO®️. “You just got a little taste, because it keeps going on,” she added.

HollywoodLife also caught up with Braunwyn just days after her lip lock with Tamra, and she told us that she’d “absolutely make out” with Tamra “any day of the week.” Braunwyn added: “I think that Tamra and I just have that little like naughty side to us where we we’re like, ‘Gee. Let’s get into trouble.’” And, as Shannon said, there’s plenty more the duo’s sultry antics to come.

We caught up with Shannon in New York City while she was with her friends at INNOVO®️ — the first-in-class, wearable transcutaneous muscle electrical stimulator to treat stress urinary incontinence (SUI). Shannon has partnered with the company to stop letting bladder weakness affect her everyday life, and she couldn’t be happier.

“When you’re a single lady, you don’t need these accidents happening,” she told HollywoodLife. “Ever since my first child was delivered I’ve had issues with stress urinary incontinence and I’ve spent the last 18 years masking the symptoms,” Shannon admitted — until now. “I talk about the things that nobody wants to talk about, and this affects 1 in 3 women… Now there’s a noninvasive cure to stop this madness!”

As for how it works? Shannon, who’s been using INNOVO®️ for a few weeks, uses the stimulator five days per week for 30 minutes. After three months, Shannon says those who use INNOVO®️ should be leak free. “It’s a total life-changer,” she admits, adding that she can now step up her exercise routine without fear of leakage.