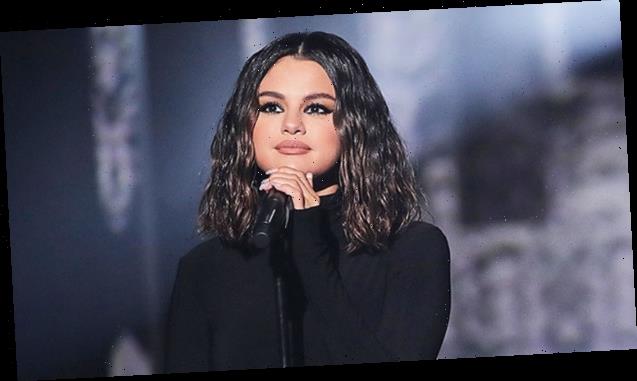 It’s almost here. Selena Gomez is about to release her new album, but before ‘Rare’ drops, she’s holding an album release party – and you’re invited!

After nearly five years, Selena Gomez is back. Rare, her first album since 2015’s Revival, is set to take over the world on Jan. 10, but on the evening before Selena’s new music drops, she’ll hold an album release party with iHeartRadio. Along with “Lose You To Love Me” and “Look At Her Now,” Sel will showcase the 13-song LP in a special sneak peek of what she’s called her most “honest” music yet. She’ll also spill the tea by holding a Q&A with KIIS FM’s JoJo Wright, which promises to give an “intimate look” into what went into this new album. The best part of this party is that everyone is invited.

In fact, there are so many ways to tune into this party that practically everybody can join in on the Rare celebration. Fans can tune into a free stream of the exclusive iHeartRadio Album Release Party with Selena Gomez on Thursday, January 9 at 10 pm ET / 7 pm PT via LiveXLive.com, through the LiveXLive mobile and OTT apps for iOS, Android, Roku, Amazon Fire TV, Samsung TV, and Apple TV. If that wasn’t enough, the stream will appear on YouTube (as seen above), on LiveXLive’s Twitch channel and LiveXLive’s socials. Or, if you want, you can tune into your local iHeartMedia CHR and Hot AC radio stations or even iHeartRadio’s Hit Nation to catch it.

Selena first teased her new music by posting a series of baby photos to her social media. There was a significance to this trip down Selena’s memory lane. “The baby photos that I was teasing along with new images from what I was about to release,” she told iHeartRadio. “I knew that ‘Look at Her Now’ was coming right after ‘Lose You to Love Me.’ So it just felt like one of those moments where you could step back and say this is insane that I’ve walked through what I’ve walked through, and becoming who I’m becoming. And I know I’m not done figuring everything out, and I’ll make more mistakes and all that, but it’s so great to take a second and realize that and be proud that I’ve gone through a lot of things and I’ve come out the other side stronger.”

“I sound like such a nerd, but I cannot wait for this to come out,” Selena told iHeartRadio. “It has taken a few years, and things that started in the beginning are solid and still a part of my record, and then some just came naturally and just … it was so easy. I mean, I shouldn’t say that. I was actually kind of a nightmare, but it was very easy to me when I sat down with the records and said, ‘This is exactly how it’s supposed to sound.’”

“So, the other ones are different and fun. It actually surprised me, some of the stuff that I’d been able to be a part of. So, it’s about vulnerability, it’s about strength, having fun, not letting yourself stay in a dark place, ’cause I tend to do that a lot. If something happens, I tend to kinda sit in it. And I’ve gotten better over time [at] understanding that it’s okay to feel it, but actually staying in it and pulling yourself back up again is one of the most rewarding processes.”