Can’t keep their hands to themselves.

The pals were sitting beside each other courtside when they were projected on the jumbotron. At first, the women giggled as they looked at each other, but as fans cheered in the crowd Gomez, 29, leaned in and planted a big kiss on the model’s cheek.

Delevingne, 29, then blew a kiss into the camera before playfully hiding her face in her elbow.

The “Good for You” singer looked chic in knee-high black boots, a black turtleneck sweater dress, and a camel trench coat. She finished her look with a red pout. 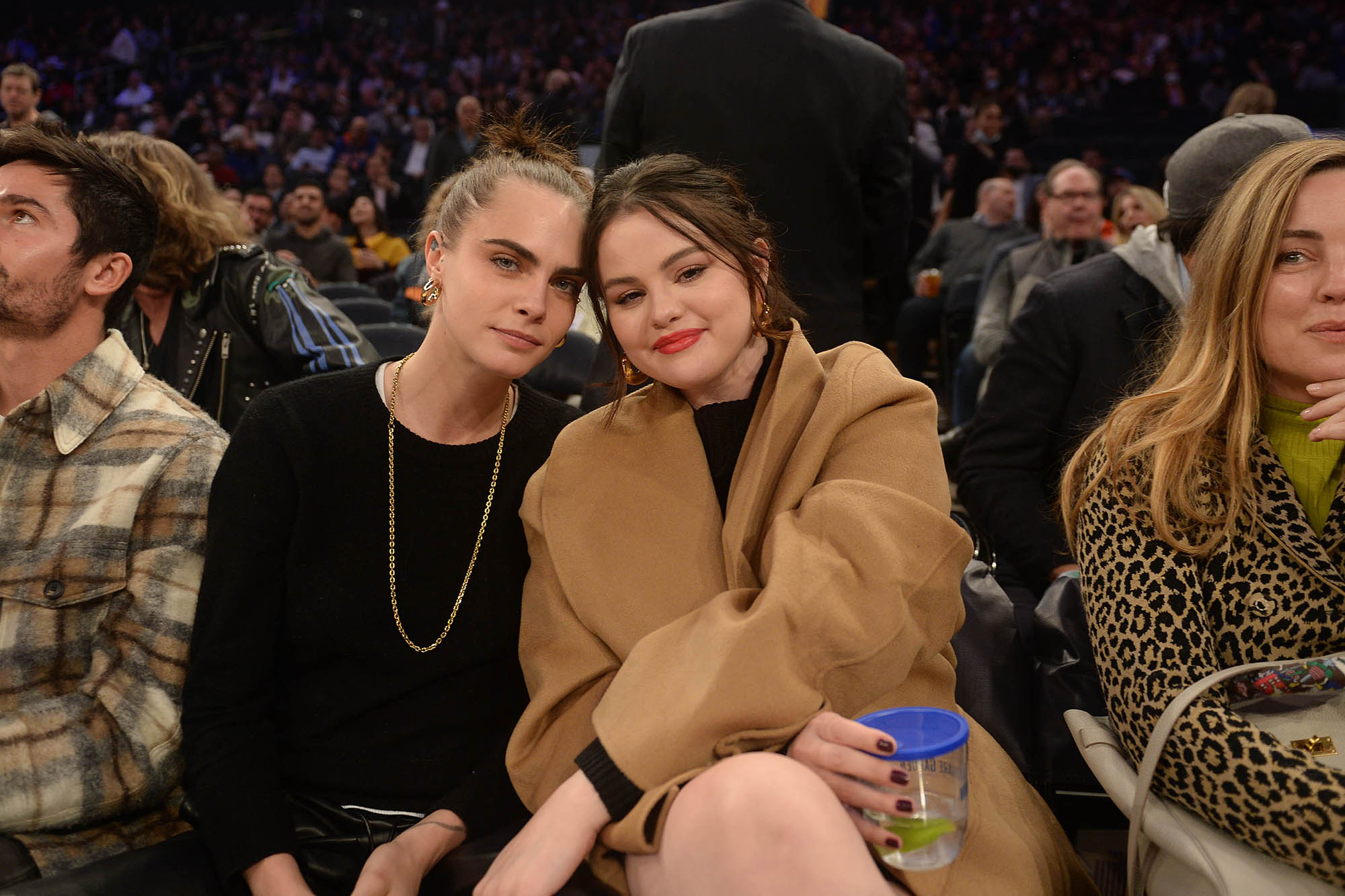 Meanwhile, Delevingne was casual in black leather joggers, a black jean jacket, and white sneakers. She also went for a messy bun but dressed up the look with a long gold chain and gold hoops.

The duo has been friends for years now, with their friendship really taking off in 2014 when Delevingne, who is queer, vacationed with Gomez. 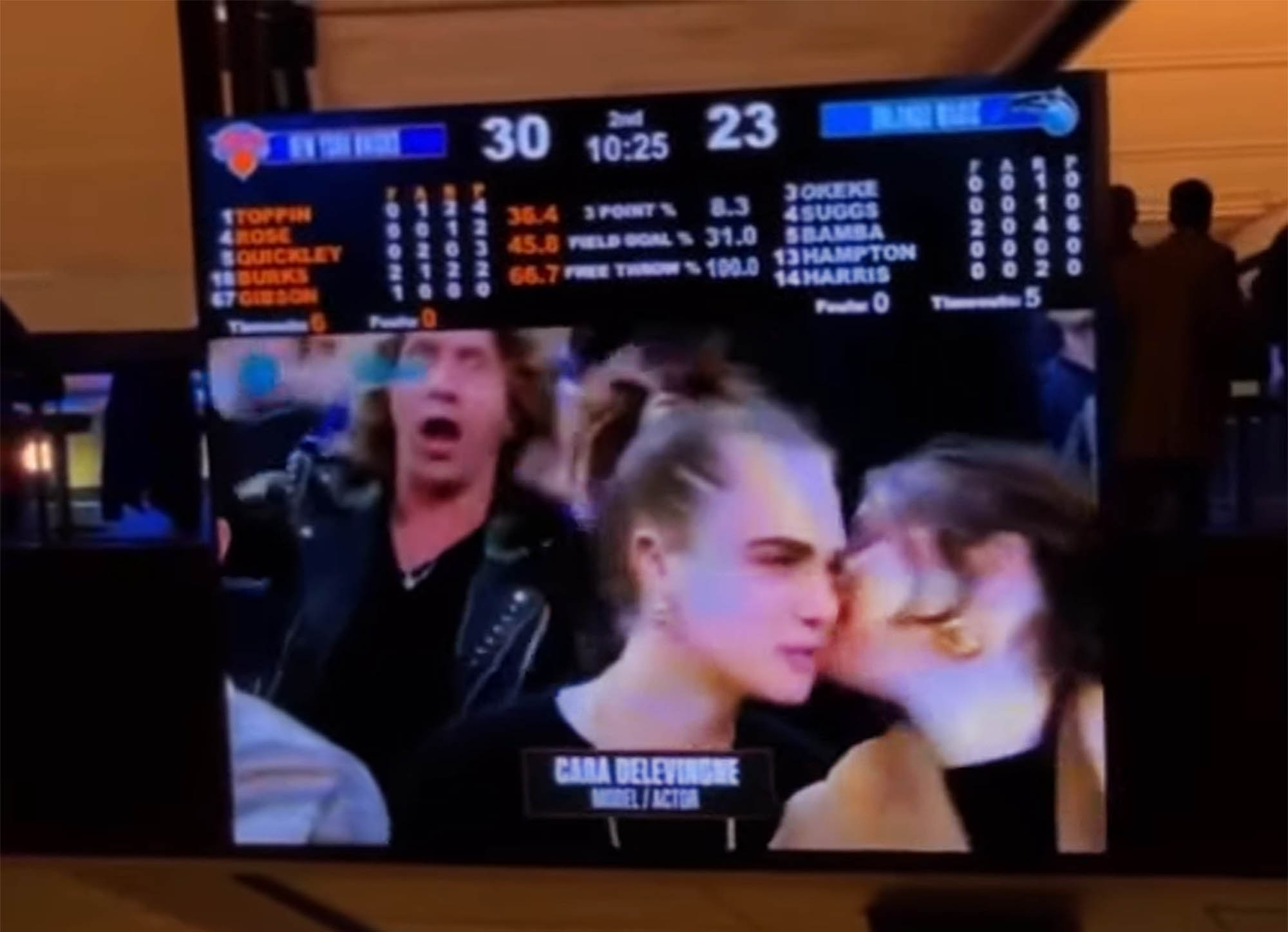 Their close friendship has sparked romance rumors in the past and Gomez has even raised questions about her sexuality.

“I think it’s healthy to gain a perspective on who you are deep down, question yourself and challenge yourself; it’s important to do that,” the Rare Beauty founder told PrideSource about questioning her sexuality at the time. “I think everybody does, no matter who they are.” 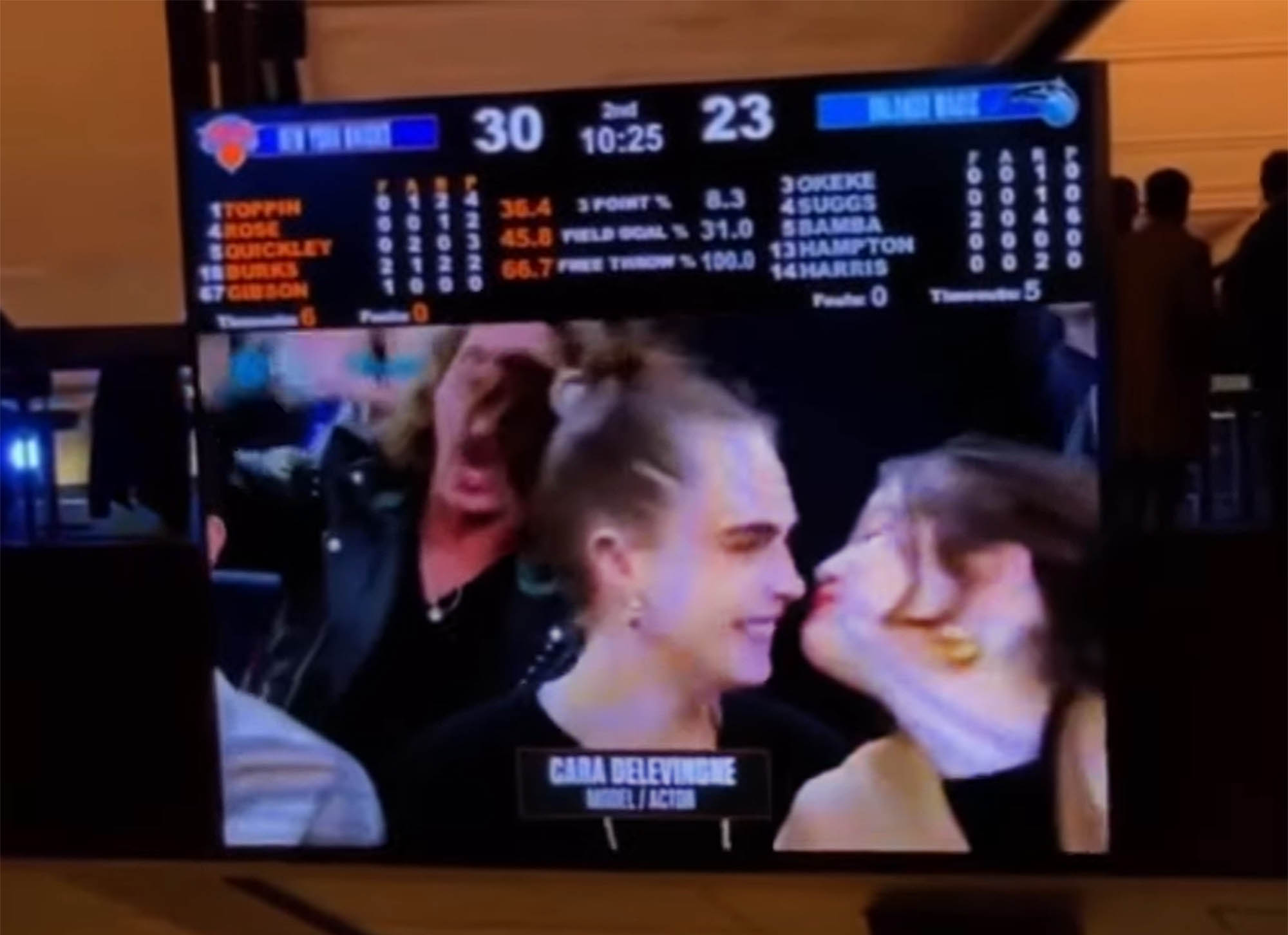 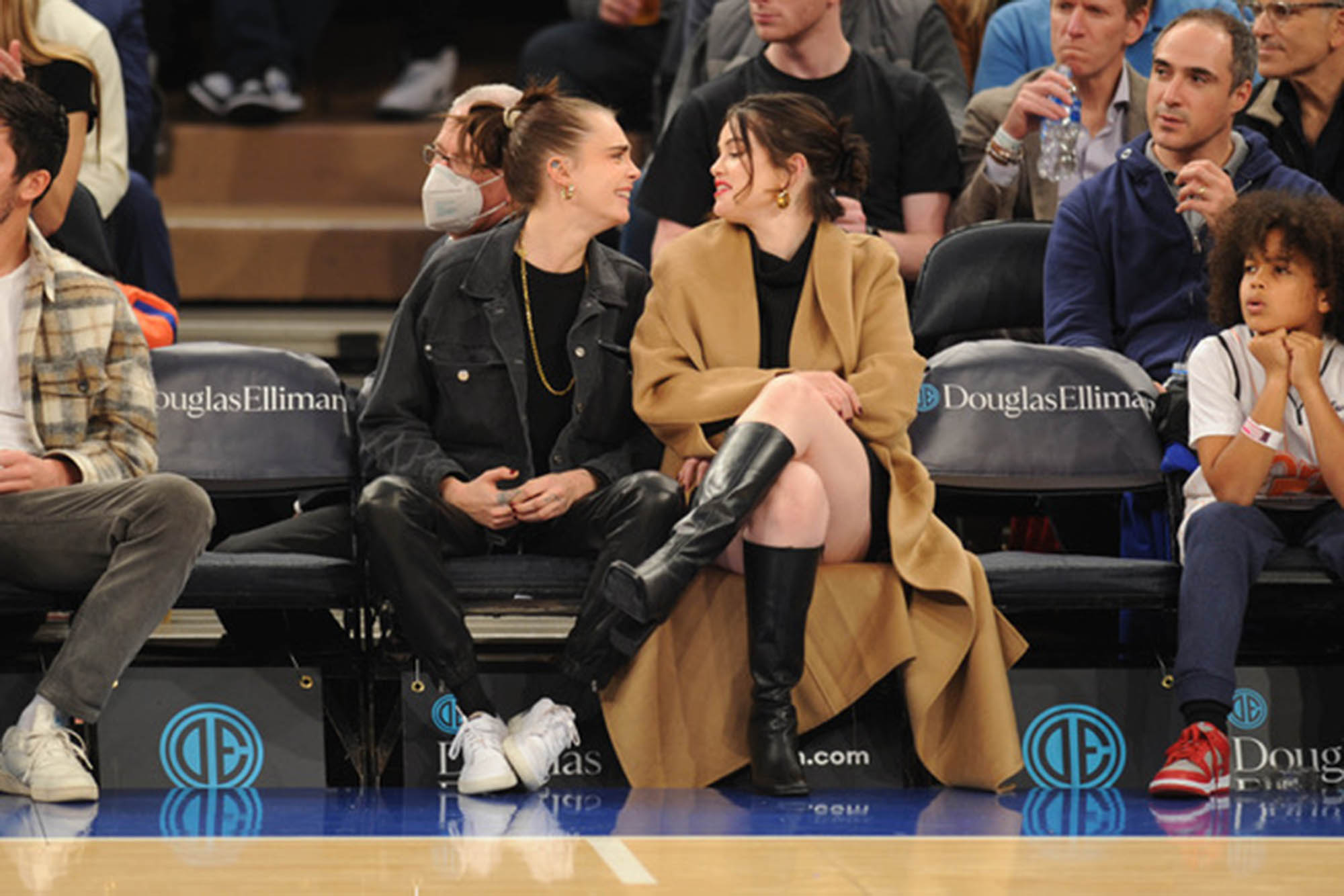 Delevingne has been open about talking about her own sexuality and even revealed in March this year that she was homophobic before coming out as part of the LGBTQA+ community.

“The idea of being [with] same-sex [partners], I was disgusted by that, in myself. I was like, ‘Oh, my God, I would never. That’s disgusting, ugh,’” she had said on Gwyneth Paltrow’s “Goop” podcast , adding that her fear of admitting her sexuality contributed to her struggle with “massive depression” and the “suicidal moments” in her life. 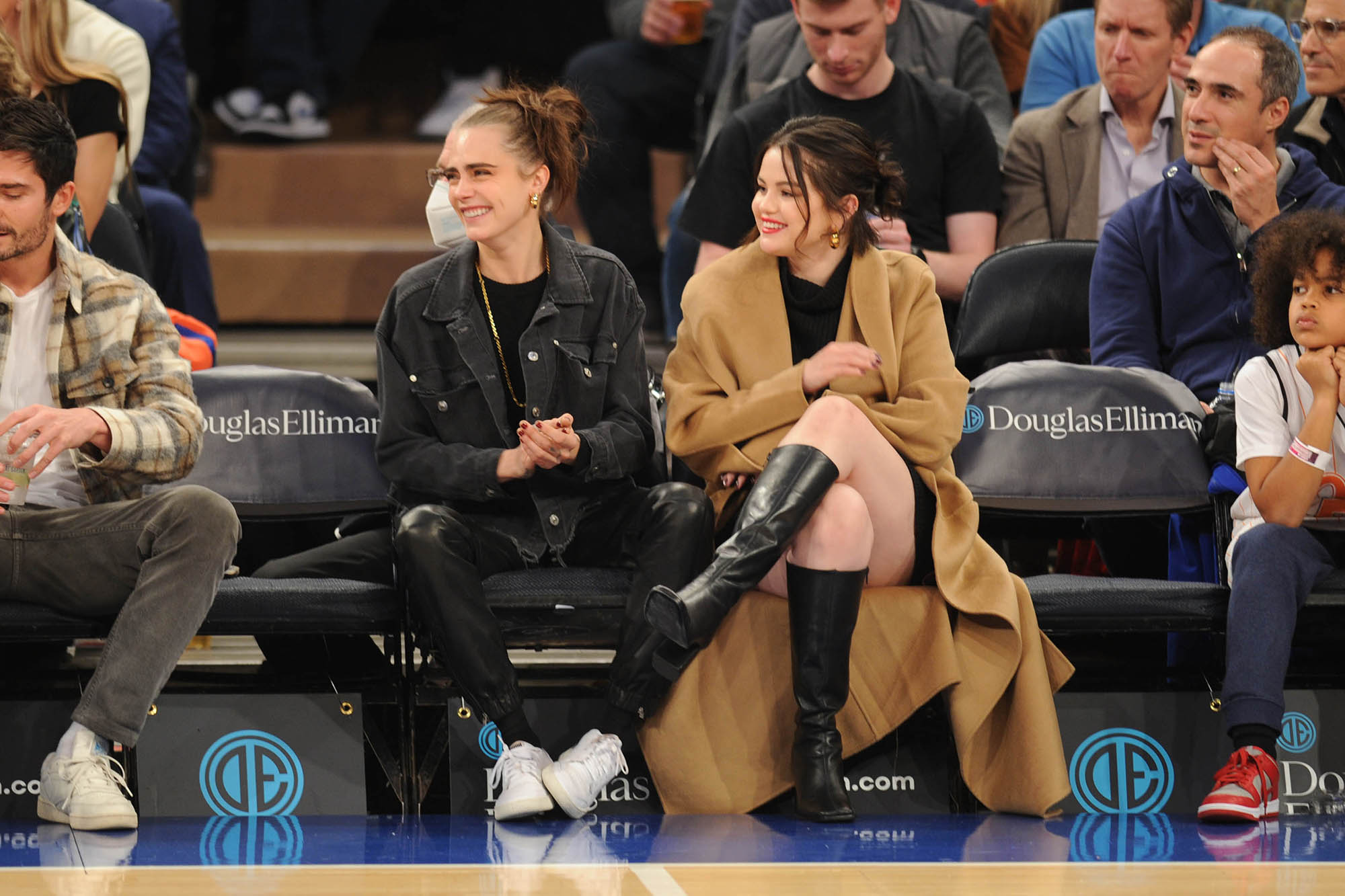 Delevingne — who previously dated Ashley Benson and singer St. Vincent —announced in 2020 that she identifies as pansexual.

Gomez dated Justin Bieber and The Weeknd and is currently rumored to be dating Chris Evans.