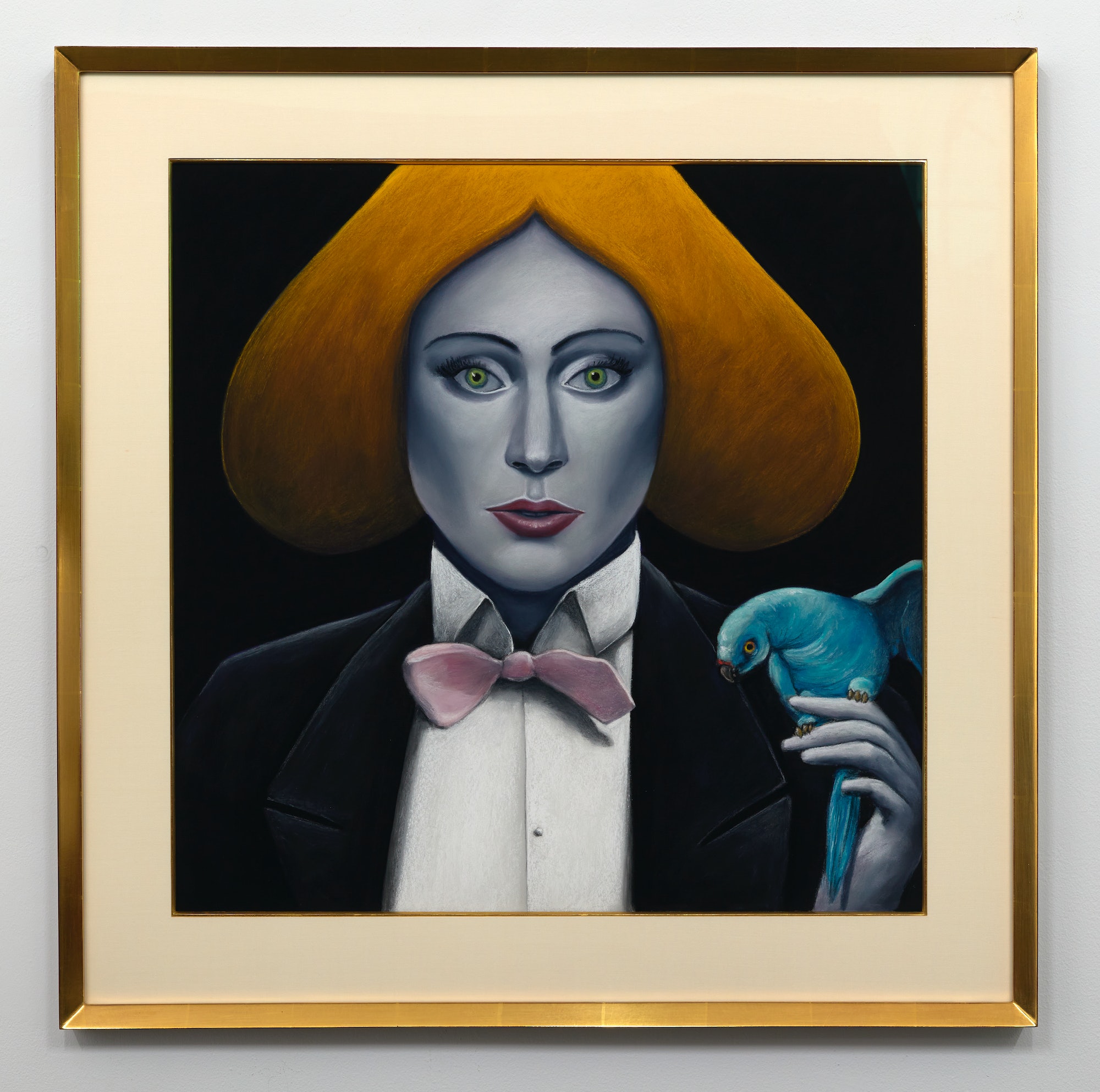 Think back to some of the most iconic contemporary albums to come out over the past three decades, and it’s all but guaranteed that Interscope Records was behind one of the first that pops into your head. The label, which Jimmy Iovine and Ted Field founded in the early 1990s, has 30 years of hits under its belt, and is now celebrating that anniversary with an appropriately star-studded exhibition at the Los Angeles Museum of Contemporary Art. Kehinde Wiley, Ed Ruscha, KAWS, Chloe Wise, Takashi Murakami, and Nina Chanel Abney are just some of the artists who paid tribute to their favorite releases by reinterpreting them on the canvas, making for 50 new original works that will go on display in “Artists Inspired by Music: Interscope Reimagined” on January 30.

Of course, you can’t pay homage to the best of contemporary music without shouting out Lady Gaga. As you can exclusively see above, Nicolas Party reimagined an era of the icon that you no doubt associate with Gaga’s millennial-pink wide-brimmed hat. The Swiss painter’s take on her 2016 album Joanne reduces the pink down to a bowtie, worn with a black blazer and white button-down that may remind you of Joe Calderone. Little Monsters familiar with Gaga’s affection for birds will be pleased to see that the singer, whose triangular hairstyling can be found throughout Party’s oeuvre, is holding a blue parakeet in her hand.

All together, “Artists Inspired by Music” serves as both a tribute to Interscope and a survey of the art crowd’s music taste. Kendrick Lamar, for one, got no less than six tributes from fans including Rashid Johnson, Henry Taylor, Lauren Halsey, and Toyin Ojih Odutola. Adam Pendleton threw it back to Dr. Dre’s The Chronic 2001, while Lisa Yuskavage kept things current with Billie Eilish’s Happier Than Ever. Thanks to an A.R. feature developed by Snapchat, museum-goers can tune into the music as they view its accompanying works. (Though they’ll definitely need more than one trip to do so with Damien Hirst’s tribute to Eminem’s entire discography.) See Wiley’s take on Dr. Dre’s The Chronic 2001 and more of the works that will be on view at the LACMA from January 30 to February 13 below.

Dr. Dre’s The Chronic 2001 as interpreted by Kehinde Wiley.

Billie Eilish’s Don’t Smile at Me as interpreted by Cecily Brown.