But Louise Singer, from Bramcote Bereavement Services, wants to tell you all about it.

She thinks it’s important for us all to understand the complex process behind cremation.

And the mystery behind the curtain involves sieves, a lot of forms, and absolutely incredible temperatures. 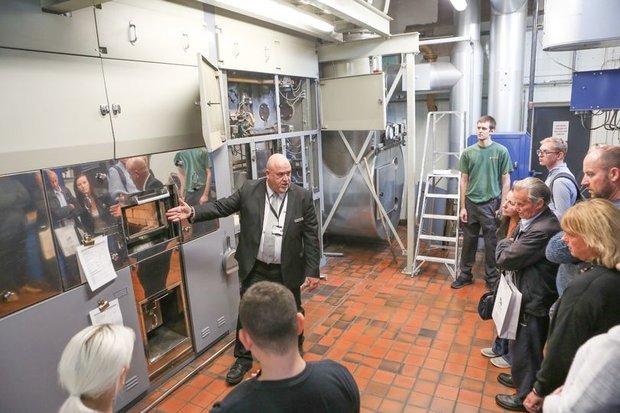 If it is an individual body part being burned (because it was needed for a post-mortem or left for science) it is burned on its own, not with other people’s organs.

The body is burned for around 90 minutes with staff using a spy hole to check when it is finished – when there are no visible flames.

During this process waste particles are sucked away and filtered to stop mercury from teeth fillings getting in to the atmosphere.

The crematorium, which cremates 3,000 people every year, also aims to use the heat from this gas to warm the centre.

The ashes, which will by then will be like sand, are then collected with a rake and left to cool for an hour. 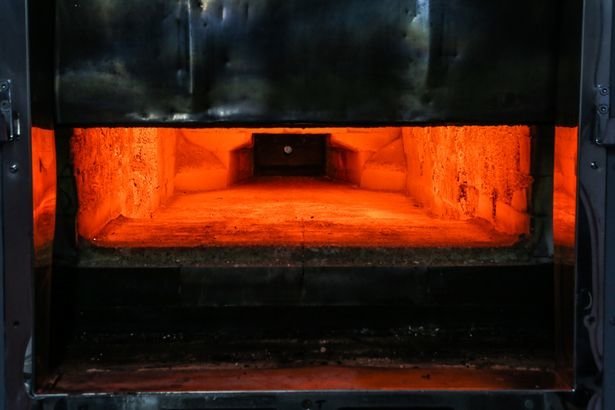 Andy Hands, the senior operative, said the final weight ranges hugely from person to person, mostly depending on their bone density, but that he had heard it was supposed to be roughly the same as their birth weight.

They are then put in a machine that sieves them to remove any metal such as wedding rings or hip replacements, which are sent off to be recycled and the proceeds given to charity.

Relatives then chose whether they want to scatter the ashes at the crematorium or take them elsewhere – with some now choosing to have their loved ones put into tattoos or jewellery.

A form follows the body which has to be signed at every stage to avoid any mix ups and the basic cremation costs £687.