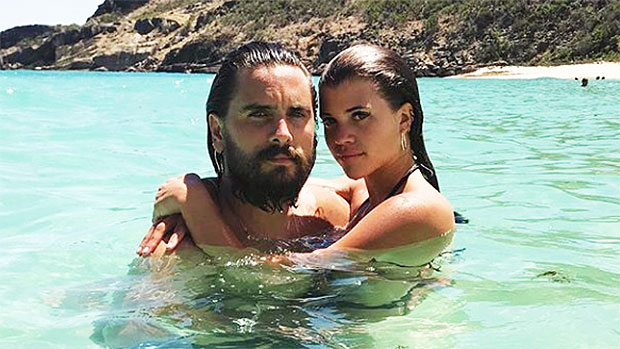 Scott Disick’s relationship with Sofia Richie is completely different than what he had with Kourtney, and HollywoodLife EXCLUSIVELY learned why.

As Scott Disick, 35, and Kourtney Kardashian, 39, move on with new lovers, it’s become increasingly clear to Scott why things didn’t work out with his ex. His new beau Sofia Richie, 20, makes him feel like a king, and their relationship is completely different than what he had with Kourt! “Sofia is really uncomplicated and drama free, there’s no head games with her and there’s no agenda. When Scott is with her, he can just relax and be himself,” a source close to Scott tells HollywoodLife EXCLUSIVELY. “When Scott was with Kourtney, it was never just Kourtney, it was the whole family too, and he felt like he was constantly being judged, and constantly falling short of the mark,” they added.

The thing Scott loves most about his current relationship, is that he always knows where he stands with Sofia. “With Kourtney, Scott always felt like he had something to prove, like he wasn’t good enough and that everybody looked down on him, like he was a hanger on, and that he wasn’t a man in his own right,” the source continued. “But, with Sofia, he feels like a king…she worships him, and for once he feels like he has the upper hand. With Kourtney, Scott felt like he always had to prove he was good enough, and he always felt insecure, but it’s different with Sofia. He knows where he stands with her, he knows that she worships him, and he feels like he’s the one that’s in control for once.” HollywoodLife has reached out to Scott’s rep for comment.

If there was any doubt of just how head over heels in love Scott is with Sofia, just look at the luxurious trip he took her for Halloween. The two jet-set off to Australia for the holiday, leaving their friends and family thousands of miles away back home. Thy celebrated Halloween in style at the famed Marquee Nightclub, where Scott was hosting their annual bash. They were spotted dancing together in the VIP area, and although they chose to forgo costumes, the did wear sweet smiles on their faces throughout the night!

Just a few days before, Scott Disick took to Instagram on Oct. 28 to reveal that he romantically traveled to Singapore to be with Sofia. These two have had quite the adventures togethers lately! The Singapore trip came after Scott spent time in Bali with ex Kourtney and their kids, so Sofia was probably relieved to have Scott at her side again. “Sofia doesn’t like it at all when Scott goes away without her, and she spends the whole time worrying herself sick,” a source close to the model told HollywoodLife EXCLUSIVELY.