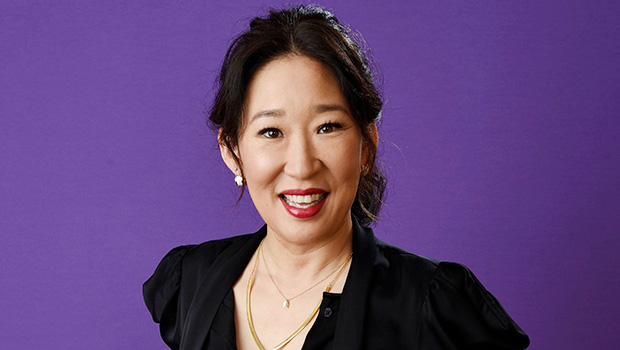 When it comes to hosting the Golden Globes, ‘Killing Eve’ star Sandra Oh is going to kill it. The ‘Grey’s Anatomy’ actress joins Andy Samberg to host the Jan. 6 event, so get all the info about her.

The 76th Golden Globes could make history. Not only could Sandra Oh, 47, break down a barrier by winning a Golden Globe, but she could make the Jan. 6 ceremony one of the best – ever! – when she hosts it along with Andy Samberg. The pair had a memorable moment when they presented at the 2018 Emmy Awards, so can they capture the magic tonight? Fans will have to tune in to watch. In the meantime, get the 411 on Sandra.

1. Sandra Oh is a Canadian actress of stage, screen, and television. Born to Korean parents in the Ottawa suburb of Nepean, Sandra grew up in Canada and developed an interest in acting early on in school. After graduating the National Theatre School in 1993, she pursued professional acting work, which saw her land roles in films like The Red Violin, Waking The Dead, Under the Tuscan Sun, The Princess Diaries and Sideways.

2. She’s best known for Grey’s Anatomy. In 2005, Sandra landed a role in a medical drama series called Grey’s Anatomy. From then until 2014, she portrayed Cristina Yang. Her work on the series earned her a Golden Globe for Best Supporting Actress – Series, Miniseries or Television Film and a Screen Actors Guild award (Outstanding Performance By A Female Actor In A Drama Series) in 2006.

3. She’s also nominated this year. In 2018, Sandra began starring as Eve Polastri in BBC America’s Killing Eve. Her role on the series earned her a Primetime Emmy Award nomination for Outstanding Lead Actress In A Drama, making her the first actress of Asian descent to be nominated in the category. Though she didn’t win, she did get a Golden Globe nod for Best Actress –Television Series Drama. If she wins, she’ll be the first Asian performer to win multiple Golden Globes.

4. She doesn’t want to drop the T-word at the Golden Globes. While some comedians or actors would use the hosting gig to roast Donald Trump. “No, I don’t think I could do that,” Sandra said when talking with Andy for The Hollywood Reporter. “ I don’t think it’s shallow to 1) have fun and 2) be honestly celebratory. Just the fact that I’m f*cking up there is crazy-pants in a great way. And I’m not interested in [talking about Trump] at all.”

“What I’m interested in is pointing to actual real change. I want to focus on that ’cause people can pooh-pooh Hollywood all they want — and there is a lot to pooh-pooh, sure — but we also make culture. How many gazillions of people have seen Black Panther and Crazy Rich Asians? That changes things. Just speaking for my own community, people cried a lot in [Crazy Rich Asians], and it’s not only because it’s a great story and a classic romantic comedy — it is because seeing yourself reflected onscreen is really emotional when you don’t even know that you’re carrying so much grief of never being seen,” she added.”

5. She practices Vipassana. It’s a Buddhist form of meditation that’s interpreted as “seeing deeply,” according to Vulture. One tires to ‘clear your mind” and get inside your body, or “clear out the white noise,” according to the publication.

“It takes a long time to free oneself from chatter — goals, social media, image, persona,” Sandra told Vulture. “And if you’re able to move through in that way, you can actually start trying to create from a different place.”