Hollywood star Sam Worthington will mark a return to the stage next year having landed a major role in one of Sydney Theatre Company’s marquee productions.

Worthington, who has appeared in films such as Terminator Salvation, Clash of the Titans, Hacksaw Ridge and Avatar, will play the role of Bo in the company’s March season of Branden Jacobs-Jenkins’ play Appropriate. 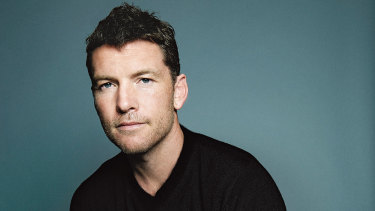 “He is one of those actors who can headline blockbuster films as well as arthouse,” Williams said. “My first taste of Sam was seeing him in his remarkable performance in Somersault, which he won an AFI for, and he was just heartbreaking in that performance.

“He has that extraordinary capacity to bridge that spectrum of entertainment and arthouse in cinema and he has great theatre skills.”

NIDA-trained Worthington appeared in plays at Belvoir St Theatre in the 90s before making his big screen debut in the 2000 Australian film Bootmen. He has been largely focused on film for the past two decades.

The production’s director, outgoing Sydney Festival director Wesley Enoch, said it was a testament to the power of theatre that performers of Worthington’s calibre wanted to put their name to the production.

“It’s like Cate Blanchett and Toni Collette and of course Sam, they are all known for their work on film but they are just people who came from the theatre, they are theatre people too,” he said.
“It is lovely to get Sam back on stage in Sydney. I saw him in The Judas Kiss at Belvoir 20 years ago and he was always a talent, we always knew that and we always saw that. It’s nice that the rest of the world has seen that too.”

Appropriate is a dark comedy about a family who comes together after the death of their father to pore through his belongings, unearthing treasures and secrets as they go.
It premiered off-Broadway in 2014 to rave reviews before a season last year at the Donmar Warehouse in London.

Worthington’s character is a high powered New York businessman who has fallen on hard times when he returns to the family home to sell it, hoping the sale will restore his fortunes.

“The character has a really touching final scene when he realises all he really wanted was to be loved,” Enoch says.

The production already boasted a formidable cast when it was announced last week with Lucy Bell and Mandy McElhinney on board.

Sydney Theatre Company has recently returned to the stage with socially distanced audiences after shutting down the bulk of its 2020 season as a result of the coronavirus pandemic. Worthington’s involvement in Appropriate will hopefully not only encourage existing theatre fans to buy tickets but possibly open the door to those who have never been before.

“I think we are fortunate enough at the moment that people are just super keen to come back (to the theatre), every show we have put on sale has done incredibly well,” Williams said. “We are thrilled to have an actor like Sam on board and the fact he might bring a whole bunch of his fans and admirers to the theatre is a huge bonus.”

Appropriate is the second play in STC’s 2021 season which includes a new production of Playing Beatie Bow as well as Home, I’m Darling, Fun Home and The Wharf Review which were cancelled this year. The productions for the second half of the year are yet to be announced.