New York — The leader of Time’s Up, the #MeToo-era organization founded by Hollywood women to fight sexual harassment, resigned under fire Monday for advising Governor Andrew Cuomo’s administration behind the scenes in its effort to discredit one of Cuomo’s accusers.

Time’s Up said it agreed with Roberta Kaplan that stepping down as chair of the group’s board of directors was “the right and appropriate thing to do.”

A report issued last week by New York’s attorney general concluded that Cuomo sexually harassed 11 women. The allegations have thrown the Democrat’s career into extreme peril, threatening him with the possibility of both impeachment and criminal charges.

Kaplan, a women’s rights advocate who has a law practice of her own, counseled the administration last winter when Cuomo was hit with the first of the harassment allegations, leveled by a former economic development adviser, Lindsey Boylan. 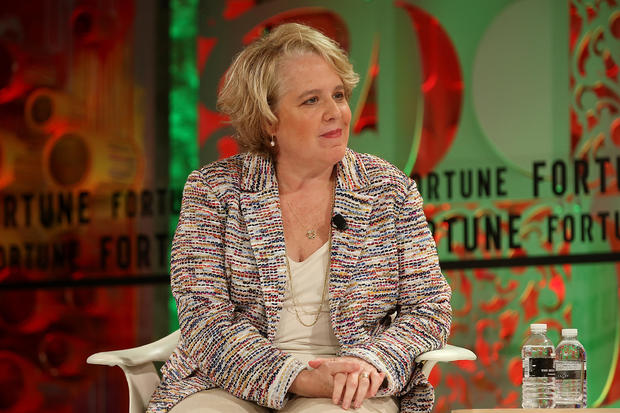 Both Kaplan and Alphonso David, leader of the Human Rights Campaign, were consulted over a letter the Cuomo administration had drafted attacking Boylan’s credibility. Kaplan and David agreed to review the letter.

According to the attorney general’s report, Kaplan told the administration that with some adjustments, the letter would be fine to send out. David declined to sign the letter but agreed to contact other people to see if they would. Other advisers, though, said it was a bad idea, and the letter was never widely disseminated.

Kaplan’s role in advising the Cuomo administration stunned sexual assault victims and others. Several past backers of Time’s Up sent an open letter Monday demanding an investigation, charging that the organization’s leaders “align themselves with abusers at the expense of survivors.”

“TIME’S UP should be ashamed,” the letter said.

Activist Alison Turkos, who organized the letter, said sexual assault victims feel they have been abandoned by purported advocates who were secretly working for the other side.

“How are you telling survivors, ‘We’re a safe space for you, come to us,’ but behind closed doors you are handing abusers a playbook of how to cover up and retaliate against your victims?” asked Turkos, whose letter was signed by dozens of self-described victims, including Cuomo accuser Charlotte Bennett.

In her resignation letter, Kaplan said she had “reluctantly come to the conclusion that an active law practice is no longer compatible” with serving on the Time’s Up board.

She added: “Unfortunately, recent events have made it clear that even our apparent allies in the fight to advance women can turn out to be abusers” — a reference to Cuomo’s public support of the #MeToo movement, which included his signing of sweeping new protections in 2019 against sexual harassment.

In addition to advising the Cuomo administration, Kaplan had more recently done legal work representing Melissa DeRosa, a top aide to Cuomo who resigned Sunday after the attorney general’s report portrayed her as playing a central role in the effort to retaliate against Boylan.

Meanwhile, the Human Rights Campaign said it is launching an investigation of the “appropriateness” of David’s actions.

Kaplan in 2018 co-founded Time’s Up Legal Defense Fund, which helps women who have been subjected to sexual harassment and discrimination in the workplace.

She successfully represented Edith Windsor before the U.S. Supreme Court in 2013, winning the case that struck down laws against gay marriage across the U.S. She later published a book about the case, “Then Comes Marriage.”

Kaplan also represents writer E. Jean Carroll, who filed a defamation lawsuit against Donald Trump in 2019 related to her claim that the former president raped her in a department store dressing room in the 1990s. Trump has denied Carroll’s allegations.

“Robbie Kaplan is my attorney and will always be my attorney. She over-turned DOMA which ushered in Gay Rights. She’s fighting the Nazi’s in Charlottesville. She is leading the battle for gender equality in women’s sports. She is the best lawyer in America!!” she wrote.

AP reporter Maryclaire Dale contributed to this report from Philadelphia.