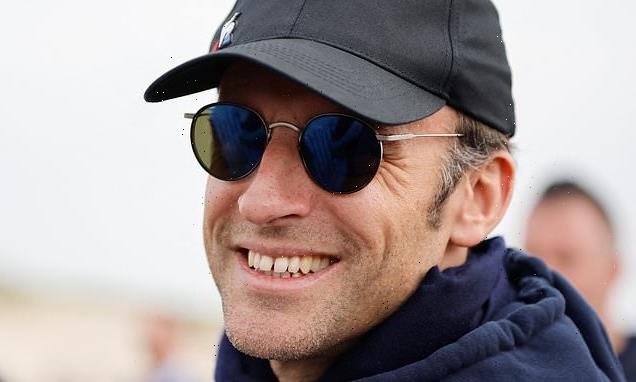 ROBERT TOMBS: Still furious over Brexit, the French will distrust us for years – whoever wins today’s presidential election

Today, the French vote for the man or woman who will govern them for five whole years and with more extensive powers than any other democratic head of state.

Will they again choose the still-young and dazzlingly brainy Emmanuel Macron? Or his pugnacious challenger, the veteran Marine Le Pen, who would be France’s first woman president?

Significantly, whoever is in charge will have a big effect on Britain.

So, can we expect a more cooperative attitude over fishing rights, Northern Ireland, queues at Channel ports and illegal crossings by migrants than the one we have experienced since Brexit?

I doubt it. Stirring up Anglophobia goes down very well with parts of the French electorate. Many of their politicians still consider our leaving the EU to have been not merely mad but a betrayal. 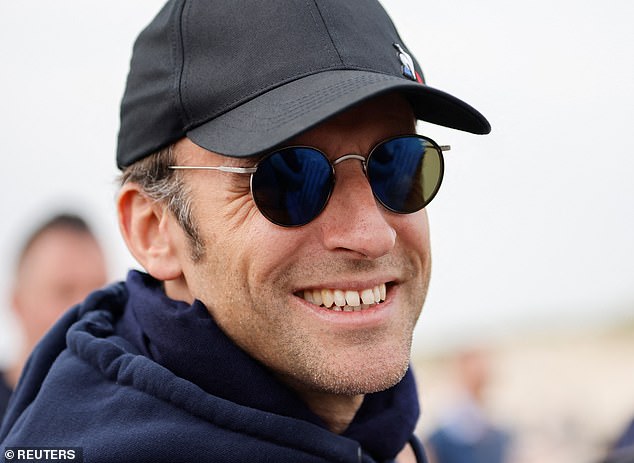 Will they again choose the still-young and dazzlingly brainy Emmanuel Macron? Or his pugnacious challenger, the veteran Marine Le Pen, who would be France’s first woman president?

Macron endlessly uses Brexit as an example of the sort of disaster he believes France would face if it fails to re-elect him – and did so once again on Friday.

Addressing the French people, he said a win for his rival would be a victory for ‘hatred’, adding: ‘Think about what British citizens were saying a few hours before Brexit: “I’m not going to vote, what’s the point?” The next day, they woke up with a hangover.’

The differences between the two candidates are dramatic. Macron plays on his technical competence and remarkable mastery of detail. Above all, he offers what he calls a ‘sovereign Europe’, with greater financial and military powers for the EU, which he claims will protect France’s vital interests.

Le Pen offers a radical break: action to bring down the sharply rising cost of living (including big cuts in value-added tax), a greater say for the electorate through popular referendums, tough controls on immigration, a ban on wearing the hijab in public and a nationalist economic policy, defying EU law to give preference to French workers and businesses.

Though no longer proposing ‘Frexit’, she promises to throw a large French sabot – or wooden clog – into the EU’s works.

From this side of the Channel, it might seem perplexing that – even six years on – Brexit can generate such fury in the presidential Elysee Palace. Surely, you might think, there’s room for compromise on such issues as fishing, immigration or the sale of entirely uncontentious goods – bedding plants, for example – between England and Northern Ireland.

That, however, is to misunderstand the French mindset. European integration has been the major project of successive French governments since the 1950s – and in some ways since the 1920s.

The aim is to link Germany to France in a special relationship, to buttress the French economy and to give France a prestigious global role as political leader of Europe.

Brexit, for most French people, is no mere technicality. It is partly an assault upon France itself.

The French are a politically-minded people. They are proud of their Republican traditions, which they believe showed the world the path to democracy. They have had numerous revolutions and rebellions, 14 constitutions and a reputation for going out on the streets causing mayhem. 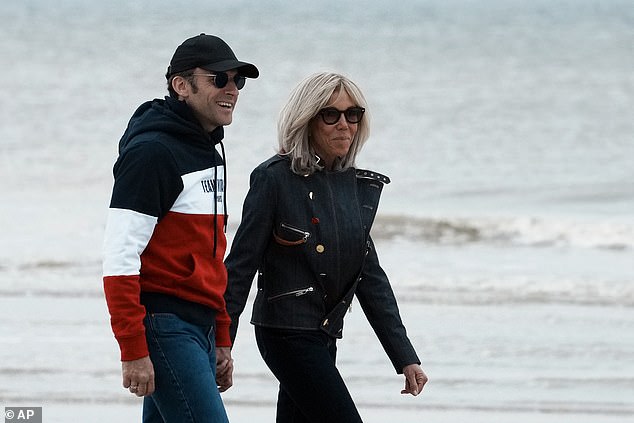 Macron despises Boris Johnson, and hopes that another, successor, government would drift back towards Brussels. So he will not want to let bygones be bygones, especially if it seems that Brexit Britain is gaining advantages over France

They are usually keen on elections, too, turning out in greater numbers than the relatively apathetic British.

So is today’s vote a cause of national excitement? Far from it. I cannot remember a time when the French people have been so disillusioned. Unprecedented numbers are likely to abstain – not because they don’t care who wins, but because they don’t want either candidate to emerge victorious.

Macron is deeply disliked by many for what they see as his arrogance. He is clever – and he shows it. He is described by opponents as ‘the president of the rich’, out of touch with the struggles of ordinary people faced, as they are in Britain, with steeply rising prices.

So why not vote for Le Pen?

Her main problem is different. Despite efforts to concentrate on bread-and-butter issues and project a somewhat cosier image, she represents a political tradition, inherited from her father Jean-Marie Le Pen, with its roots in racism and reactionary authoritarianism.

Many middle-of-the-road voters – and not only on the Left – would never consider voting for a Le Pen at any price. At least not until now.

Dislike of Macron will push even some ardent Left-wing voters, especially the young, to vote for her as a protest against the political establishment.

Indeed, anti-system candidates of the Left and Right won 58 per cent of the vote in the first round, while the rival Gaullists and Socialists – historically so dominant – together scraped less than 7 per cent.

Probably more people will not vote at all, meaning the outcome is particularly uncertain. How has this mature democracy got into a position in which the only two candidates for the presidency arouse such revulsion?

France is not unique in this – just think of the United States. But it is of little comfort to say that the choice between Macron and Le Pen is no worse than the choice Americans had to make between Donald Trump and Joe Biden.

It suggests that the system is not working properly in either country. Some might say that the choice between Boris Johnson and Sir Keir Starmer is not inspiring either. But a British Prime Minister can be removed if parliament or the ruling party lose confidence in him or her. A French president will be in the Elysée Palace for five years come what may.

So how does it matter to Britain?

Le Pen has actually praised Brexit and would certainly disrupt the EU. But her economic nationalism might cause us trouble, including over fishing rights.

Her determination to reduce the number of immigrants in France means we could not count on cooperation over small-boat Channel crossings. She is also strongly anti-Nato and has been embarrassingly close to Putin. Victory for Le Pen could be chaos, although she is not, in my view, likely to win.

Macron, too, is an uncomfortable prospect. Uncompromisingly Eurofederalist, his government, backed by most French media, has been determined to show Brexit as a failure, for fear that other countries, including France, might follow. (The EU’s own opinion polls suggest France today is the most Eurosceptical country in the bloc.)

Macron despises Boris Johnson, and hopes that another, successor, government would drift back towards Brussels.

So he will not want to let bygones be bygones, especially if it seems that Brexit Britain is gaining advantages over France.

He was apoplectic when a major security partnership was signed between Britain, Australia and the United States last September, with France on the sidelines and a huge order for its submarines lost.

Moreover, as Macron showed in several abortive attempts to persuade Putin to stay out of Ukraine, he hankers after a closer relationship with Russia, in stark contrast to Britain’s increasingly hard line with Moscow and the Kremlin.

In an ideal world, Britain and France would be true allies.

As Europe’s leading military powers, cooperation over Ukraine, as well as in the Indo-Pacific region, would be a boon.

Unfortunately, this is unlikely under either Macron or Le Pen.

A constructive relationship with Britain is simply not a consideration in today’s ballot – far from it.

Whoever wins, we should be braced for friction between our two nations for years to come.