Robert DeProspero, who after the attempted assassination of President Ronald Reagan in 1981 became the Secret Service agent in charge of Reagan’s protection and added measures to shore up the president’s safety, died on Monday in Scottsdale, Ariz. He was 80.

His son, Robert, said the cause was amyloidosis, a rare disease in which an abnormal protein is deposited in tissues and organs.

Mr. DeProspero was driven by his obligation to shield the president from harm. “There’s no question that if you made a wrong move or did not do what you were supposed to do, it would ruin your life, your family’s life, and would ruin anyone who was associated with you,” he told The Associated Press in 1985.

“I don’t ever care about being criticized for overdoing as long as we consider security our first priority,” he said in a video message to agents in 1984. “We can’t afford to let up.”

By 1981 he was the deputy special agent in charge of the presidential protective detail, working under Jerry Parr. On March 30, Mr. DeProspero was at the White House and Mr. Parr was with Reagan when John Hinckley Jr. fired six shots at the president as he left the Washington Hilton Hotel after delivering a speech.

Mr. Parr shoved the president into his limousine and, after noticing that he was bleeding — one bullet had broken a rib and penetrated his left lung — ordered the driver to rush to George Washington University Hospital. Mr. DeProspero had by then shown up there to oversee security for the wounded president.

In July 1981 Mr. DeProspero was put in charge of the presidential protective detail — Mr. Parr was promoted to assistant director of the Secret Service — and initiated new measures to improve security.

These included placing agents at hospital trauma centers closest to the locations of presidential visits, and using magnetometers to screen guests at presidential events away from the White House. He pressed for the installation of bulletproof glass on White House windows that did not already have them, and for the use of tents for presidents to walk through from their limousine to the entrance of a hotel or other building.

James A. Baker III, Mr. Reagan’s chief of staff during his first term, said Mr. DeProspero had also navigated the safety worries of the first lady, Nancy Reagan, as well as the concerns of White House staff members who did not want overzealous security to impede the president from interacting with voters, especially during his 1984 re-election campaign. 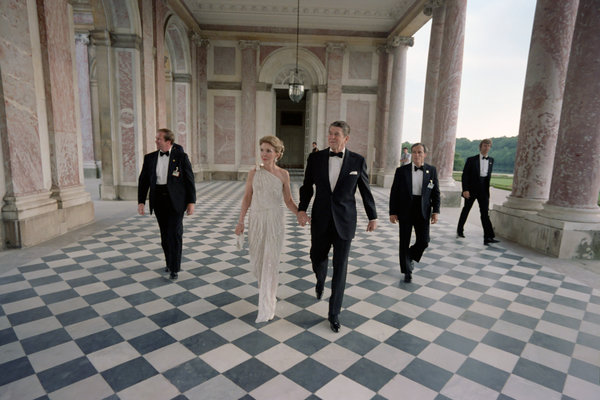 “To block off intersections for 30 or 40 minutes, you keep traffic waiting and lines stall — you lose votes!” Mr. Baker said in a telephone interview. “Bobby handled all that extraordinarily well.”

Robert Lee DeProspero was born on Dec. 31, 1938, in Morgantown, W.Va., and grew up in nearby Granville. His father, James, an Italian immigrant, was a coal miner. His mother, Bessie (Kovach) DeProspero, was a clerk in a dime store.

Bobby wrestled in high school and then attended West Virginia University, where he earned a bachelor’s degree in physical education and a master’s in biology.

In 1963, after three years in the Air Force, he began teaching high school biology and coaching the wrestling team at Madison High School in Vienna, Va. The fathers of two of his wrestlers were Secret Service agents, and they recruited him to join the agency. Mr. DeProspero started in 1965 as part of an influx of new agents hired to strengthen the agency after President John F. Kennedy’s assassination on Nov. 22, 1963.

“He was uncompromising,” Joseph Petro, a Secret Service agent who worked with Mr. DeProspero on the vice-presidential and presidential details, said in a telephone interview. “His favorite word was proximity; we always needed to be within arm’s reach of the president. That’s why there are so many pictures of Bob next to the president.”

One day in 1984 at Reagan’s ranch in Santa Barbara, Calif., Mr. DeProspero expressed his fears that the president — whose code name was Rawhide — would expose himself to poisonous rattlesnakes when he was digging at the base of some trees, according to Del Quentin Wilber’s book “Rawhide Down: The Near Assassination of Ronald Reagan” (2011).

Reagan, Mr. Wilber wrote, responded by smiling and saying, “Well, you can’t be afraid with a name like Rawhide.”

Mr. DeProspero was promoted to assistant director of training for the Secret Service in 1985 and retired the next year. For the next nine years he was the president of O’Gara Protective Services, a security firm.

A documentary about his career, “The Man Behind the Suit,” was released in 2016.

In addition to his son, he is survived by his wife, Patricia (Townsend) DeProspero; his daughter, Robin DeProspero-Philpot, a former chief of the Secret Service’s security management division; his brother, James; four grandchildren; and four great-grandchildren.

Mr. DeProspero was still a teacher when President Kennedy was killed. He recalled tearing up as he listened to news of the assassination on his car radio as he was driving home.

“I thought, ‘What is the guy doing who’s the head of the detail?’ ” he recalled to The Associated Press. “He must be suffering as much as anyone else.”