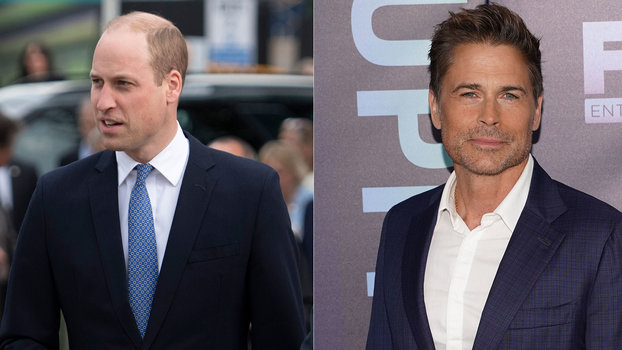 It's not exactly news that Prince William's hairline has been receding since his early 20s, but it seems like Rob Lowe is still flummoxed by the Duke of Cambridge's male pattern baldness.

In an interview with The Telegraph, Lowe was asked a question about male vanity, and whether he would consider himself “more or less vain than British men," and promptly called that a "low bar." Then, the actor, who is currently starring in the ITV drama Wild Bill, turned the subject to Prince William.

“Can we talk about William? Prince William?" he said. "I mean the future king of your country let himself lose his own hair! So when I say British men set a very low bar …"

To be fair, Prince William probably didn't have a ton of control over whether or not he could "let himself" lose hair.

But beyond setting a "low bar," it sounds like Lowe was personally affronted by Prince William's lack of hair, especially when there are various hair growth solutions out there.

“Honestly, one of the great traumatic experiences of my life was watching Prince William lose his hair,” he continued. “But he’s going to be the f—ing King of England! And… and there’s a pill! The first glimmer that a single hair of mine was going to fall out, I was having stuff mainlined into my f—ng veins. And that’s what I did for the next thirty years.”

To each their own. Lowe may have previously admitted to being "vain as f–" himself, but hey, maybe Prince William just isn't that concerned about his hair — and looks are subjective, after all.