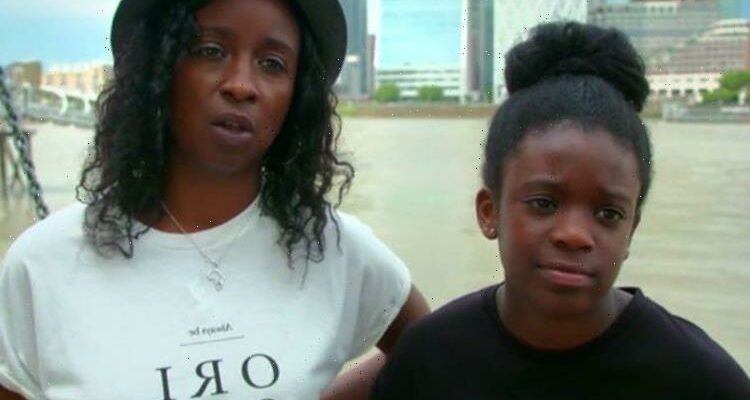 Dominque did microblading, worked at a pawn broker shop, delivered takeaways for an Indian restaurant, did shifts as a receptionist for a childcare centre, and had a side hustle of buying consumer goods and reselling them online.

On the other side of the wealth gap was millionaire entrepreneur Leonard and his cousin Brian.

READ MORE: Halogen bulbs banned from next week with Brits having to switch to LED

Swapping lives proves difficult, with millionaire Leonard proving more thrifty than his cousin when it came to the weekly shop.

However, viewers were left annoyed at the choice of shop.

Georgia Bowring said: “When they go out for food shopping, why do you never see any of them go to a supermarket? They always go to little corner shops!?”

User joisnotgrey agreed and wrote: “Why do they all use corner shops? Could have got at least five decent meals for two people for £10 at a supermarket.”

Philippa McLeod also asked: “Why not go to major supermarkets?”

Dominique also struggled with the prices at the organic shop.

She had a hard time handing over five pounds for a loaf of bread.

Leonard and his cousin were on a mission to find out everything they could about Dominique in an attempt to help.

From finding out everything they could about microblading to offering Dominique help through his mentorship programme, Leonard was hoping to make a difference.

He also offered to help her create a brand.

Twitter user Easter Bunny said: “These two lads are possibly the nicest people to have appeared on this show. Nice one boys!”

Viewers, however, were hoping for more.

User Leanne wrote: “Is it just me who wants Leonard and Dominique to get together?”

And Lisa Kelly agreed, saying: “I was hoping there would be some romance between Dominique and Leonard.”