Reliving the drama. Throughout season 12 of The Real Housewives of New Jersey, fans witnessed Margaret Josephs‘ drama with Teresa Giudice escalate — and watching the episodes back was not easy.

Biggest ‘Real Housewives’ Feuds Ever — And Where the Relationships Stand Today

“I actually feel worse than when I lived it because I didn’t know what she was saying off camera [or] what she was saying downstairs,” Margaret, 55, exclusively told Us Weekly on Wednesday, April 20, while promoting the latest season of the Bravo series. “To hear her say that she’s coming to beat me up, I mean, she’s pushing 50, saying she’s gonna come beat me up? You know, that’s upsetting, obviously, it’s more upsetting to watch it back.” 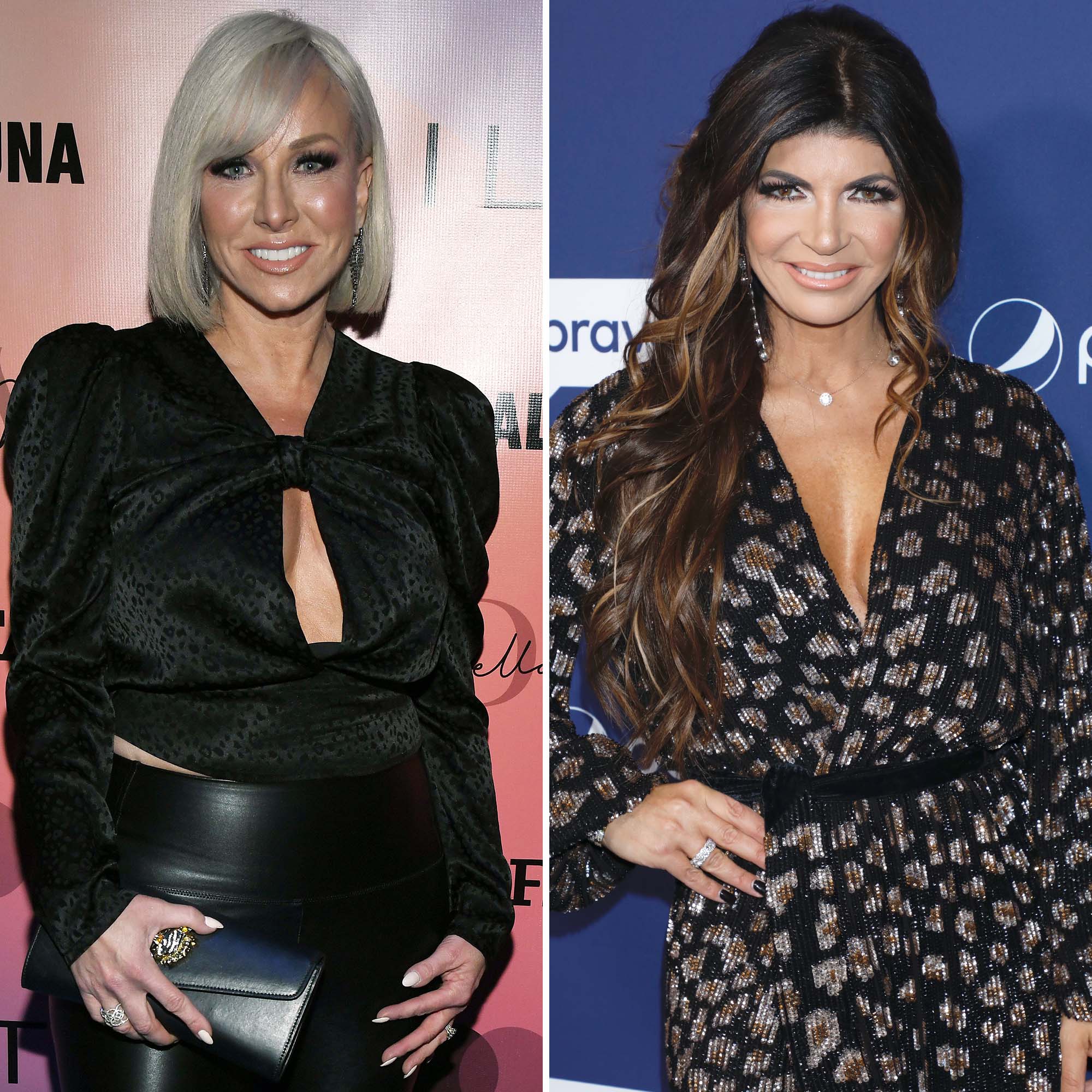 During the season — which began airing in February —  Teresa, 49, notably called out Margaret over her public criticism about her beau, Luis Ruelas, even throwing a drink at her costar. (Teresa and Luis, 46, got engaged in October 2021 after a whirlwind romance.) While the full extent of the twosome’s heated exchange was not broadcast via Bravo, the Macbeth Collection designer claimed that Teresa said she was “gonna come back and beat me up” to her shock.

“That was disappointing, it’s just like, you know, threatening physical violence [isn’t right],” she told Us on Wednesday, noting she doesn’t have regrets over how she handled herself. “I mean, this isn’t Mob Wives. I mean, cut me a break. … I was calm. I was never going to do something back. What is disturbing to me is after the ponytail pull [during season 10, in which Teresa encouraged Danielle Staub to pull Margaret’s hair] and that year, she said she was gonna do everything to make it up to me. … We also decided after the ponytail pull, there will never be any physicality amongst us and that went totally down the tubes.”

Margaret continued: “I’ve given her a lot of passes. I’ve given her one too many passes. … I just [filmed] the reunion and she doesn’t have any remorse. I could laugh about it, but you know, like, she’s not one to really have a lot of remorse.”

After the Caviar Dreams, Tuna Fish Budget author questioned Ruelas’ intentions following his proposal, Teresa notably body-shamed her during a softball game.  Teresa also repeated comments about how Margaret always makes time to eat during the Tuesday, April 19, episode. Margaret has since called it a “sick” situation to have occurred.

Former ‘RHONJ’ Stars: Where Are They Now?

“You give a lame apology, then you insult me and body-shame me and you know, say, ‘Well, at least she got she got this,’” Margaret told Us. “It’s so rude and degrading and you know, and you think it’s funny, it’s not cute. It’s never cute. I was pissed [and] agitated.”

She added: “Thank God I’m tough [and] strong, but if it was anybody else and any young woman, you know, that could really cut somebody and on a season when we’re talking about eating disorders [after Jackie Goldschneider admitted to struggling with one], which [Teresa] didn’t really know about … I don’t know where your head is that you think that’s acceptable. It’s never acceptable to body-shame anybody. We’re in an era of body positivity.”

The duo’s drama has since seeped into the group’s dynamics as a whole.

“It gets pretty ugly,” fellow show star Dolores Catania exclusively told Us last month. “Listen, if that’s what you’re looking for in the fan world of Housewife drama, you’re gonna see it. I mean, it’s an epic time for us.”

The Real Housewives of New Jersey airs on Bravo Tuesdays at 8 p.m. ET.