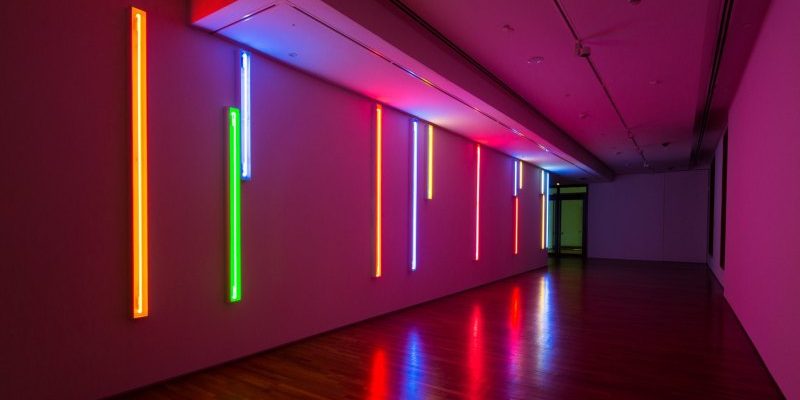 Singapore's National Gallery is in that honeymoon phase the National Gallery of Australia enjoyed in its early days. Inaugural director, Eugene Tan, has encouraged his curators to set the agenda, resulting in a highly original series of exhibitions exploring the art of south-east Asia and its relationship to the rest of the world. The gallery has also been busy forging alliances with other institutions. Last year, for instance, a retrospective of Malaysian artist, Latiff Mohidin, travelled to the Centre Pompidou in Paris.

One hopes the curators make the most of their opportunities because in time governments have a tendency to reel in their largesse and start focusing on attendance figures rather than the quality of exhibitions. This happened in Japan when a boom economy began to fizzle in the 1990s, and it has also happened in Australia, with the pernicious "efficiency dividends" that have chipped away at art museum budgets. (If Labor wanted to make a positive gesture towards the arts it should scrap these deceitful imposts.) 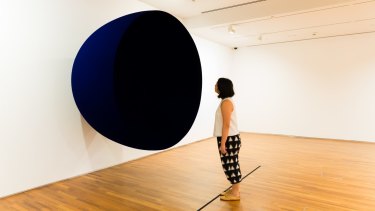 Minimalism.Space.Light.Object. features 150 works by artists from across the world, including Anish Kapoor’s Void.

There's a palpable sense of excitement about the exhibition, Minimalism.Space.Light.Object., organised by Tan and Russell Storer. It's a landmark for the gallery, and not just because it's being co-hosted with the innovative ArtScience Museum, which is worth a visit on any day.

This may not be the first time Asian artists have featured in surveys of minimalist art, but never have they been given such prominence. Neither has there been a show that has gone to such lengths to draw connections between minimalism, eastern religion and philosophy, or between art and science. It features 150 works by artists from across the world, including celebrated American minimalists Donald Judd, Carl Andre, Sol LeWitt, Richard Serra, Frank Stella, Dan Flavin and Robert Morris. There are also pieces by notable Asian artists such as Ai Weiwei, Tatsuo Miyajima, Yayoi Kusama and Lee Ufan. The more enterprising inclusions are by figures such as Sopheap Pich of Cambodia, David Medalla of the Philippines, Tang Da Wu of Singapore and even Peter Kennedy of Australia. 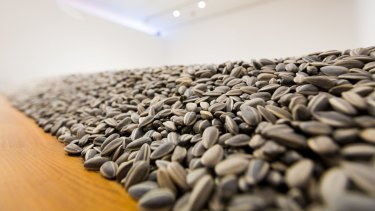 Notable artists such as Ai Weiwei, who created Sunflower Seeds, appear in the exhibition.

Minimalism is a movement that seems to look fresher as it grows older. When the first examples of so-called minimalist art appeared in the 1960s they were considered the (very) thin end of the avant-garde wedge. Today those same pieces have become museum classics. Over the past 50 years minimalism has taken on a historical dimension even as it continues to exert a powerful shaping influence on our culture. It inspires feelings of nostalgia, but also exists within a perpetual now.

Of all modern tendencies, minimalism allows the most room to move, because it was never a movement or school. The Futurists, Expressionists and Surrealists formed close-knit groups and issued manifestos. Minimalism didn't even have a name, let alone a leader such as Marinetti or Breton.

It's often said that Primary Structures, held at the Jewish Museum, New York, in 1966, was the show that introduced minimal art to the world. Donald Judd, who was included in that show with his plain boxes, disliked the "minimalist" label. As the closest thing minimalism had to a spokesman, Judd preferred the phrase "specific objects" referring to work that was neither painting nor sculpture, while incorporating elements of both.

Like God for the medieval theologians, this art was to be defined largely by what it was not: not naturalistic, not illusionistic, not expressionistic, and so on. Minimal art was neither a window onto the world nor a record of an artist's emotional outpourings. It was a mute, inexpressive thing. The paradox was that all this dumb inexpressiveness led to mountains of critical writing, most of it mind-numbingly dull. 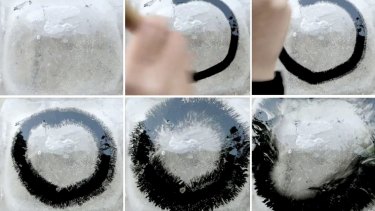 Minimal art presented itself as devoid of those perennial artistic sins of sentimentality and self-indulgence, yet it was also a reaction against the high-flown rhetoric of the tragic and sublime used in connection with the work of Abstract Expressionists such as Mark Rothko and Barnett Newman. Reaction is at best an impure motivation.

It may be inexpressive, but much minimal art is strikingly elegant. It has also been argued, most notably by the critic, Michael Fried, that the theatricality of minimalism undermined its avowed aesthetic fundamentalism. There's no doubt this art has the power to stop us in our tracks through the force and simplicity of design. The chutzpah of a Carl Andre floor piece, a Judd box, or a set of fluoro tubes by Dan Flavin have the capacity to dominate a room in any museum. 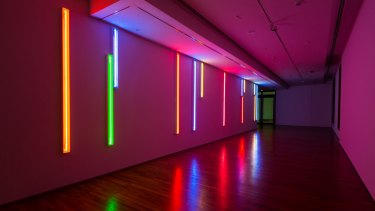 In this exhibition the curators have had a ball thinking of all the other artworks that could be called "minimalist", and their many and varied sources of inspiration. The show includes programs of music, dance and performance, and a mass of archival material; it extends into forms such as conceptual art and land art. There's nothing minimal about the quantity or variety of works on display, and the list could have been expanded tenfold.

By extending the focus over time one can see how later artists have punned on the work of their predecessors. Ai Weiwei's Ton of Tea (2006) – which consists of a cube of compressed tea leaves – is a dense, Asianised response to Judd's empty, modular sculptures or Morris' mirrored cubes. It also hints at a social dimension that would have been taboo for doctrinaire minimalists.

It's impossible for me to analyse specific pieces but a few notable items have stayed in my mind. While the bulk of the show is housed at the National Gallery, the ArtScience Museum has come up with some unique choices, such as Tan Ping's woodblock print +40m (2012), which consists of a single, jagged white line on a thin strip of paper that extends from high up the wall, to end in a kind of toilet roll. Then there's the work of "artist-scientist", Frederick De Wilde, who has used nano technology to create a material that absorbs light more effectively than any other substance on the planet. Forget about Malevich's Black Square, this is pure nothingness.

Minimalism.Space.Light.Object is at the National Gallery and ArtScience Museum, Singapore until April 14.