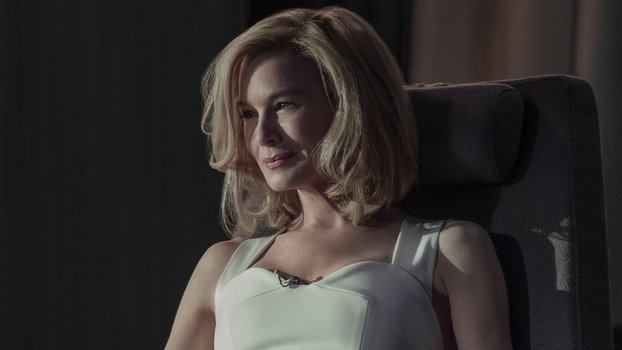 After decades spent on the big screen (and an Oscar to show for it), Renée Zellweger is transitioning to TV with help from a little-known streaming platform called Netflix (heard of it?).

The Bridget Jones star, who’s kept a low-profile between projects for the past few years, stars in the mysterious What/If, a “neo-noir social thriller” that “explores the ripple effects of what happens when acceptable people start doing unacceptable things.”

The trailer dropped on Tuesday, and from what we can tell, Zellweger plays some sort of wealthy seductress/puppet master. If this archetype sounds familiar, you’re not alone — based on the press photos available, Renée’s character, Anne, appears to pay homage to another iconic (and dangerous?) blonde from film history: Sharon Stone’s Catherine Tramell in Basic Instinct.

If you were looking for a high-stakes answer to your Gossip Girl withdrawal (and honestly, who isn’t?), What/If sounds like the perfect remedy — binge all ten episodes when the first season launches on May 24.