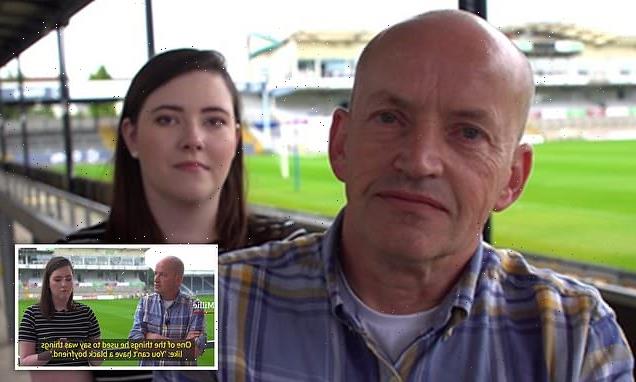 Bigot football fan who once told his daughter ‘don’t bring a black boy home’ and admits he was a racist, sexist, homophobe says her ‘look of disgust’ made him finally change

A football fan who admits he was once a ‘racist, sexist and homophobe’ – on the terraces and around his family – has revealed how his own daughter’s ‘disgust’ made him change his ways.

Speaking to BBC reporter Manish Pandey for BBC News, the man, Neil, and his daughter, Millie, who both attend football matches together, admitted that he was a bigot, who once warned his daughter not to ‘bring home a black boy’.

Millie told Pandey that her father would regularly use hate speech and unacceptable language, saying they’d walk past migrant homeless people selling The Big Issue and he’d say: ‘We only buy from English people, they can go home and be homeless there.’ 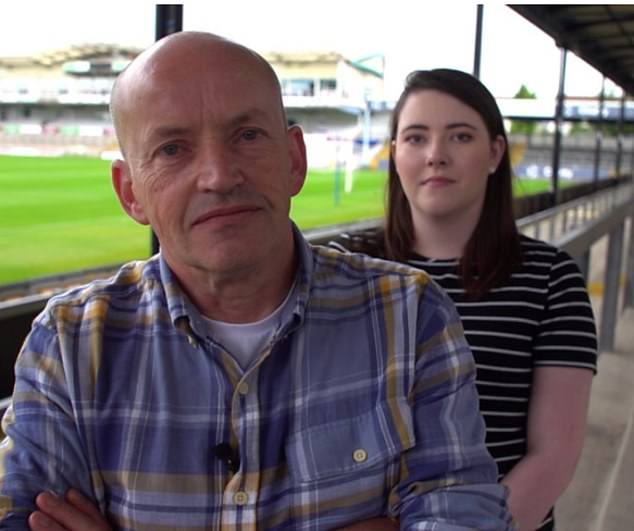 Neil, who says he ‘wasn’t a very nice person’ admits that he would say ‘the N-word and the P-word’ freely in conversation.

Trying to explain his ‘casual’ racism, Neil said he grew up in a small village with only one black family living there, telling the BBC reporter that it was ‘learnt behaviour’.

In his late teens, he moved to a more ethnically diverse area and said ‘it was a shock to the system’ and that he ‘didn’t know how to deal with it so I just followed everyone else’.

Neil said that in his earlier life going to football matches, he’d ‘go along’ with racist and homophobic chants – with Millie saying that such songs ‘normalises’ hate speech for sports fans. 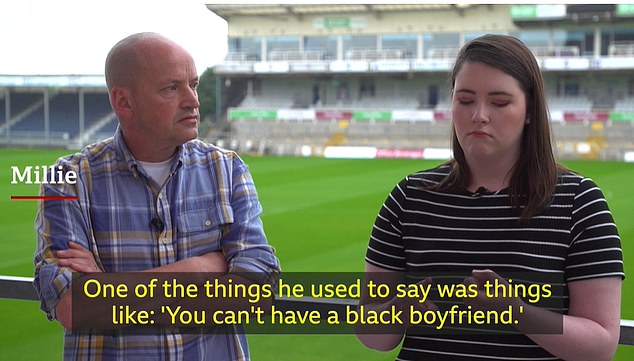 She told BBC reporter Manish Pandey that her father had told her when she was growing up: ‘You can’t have a black boyfriend’ 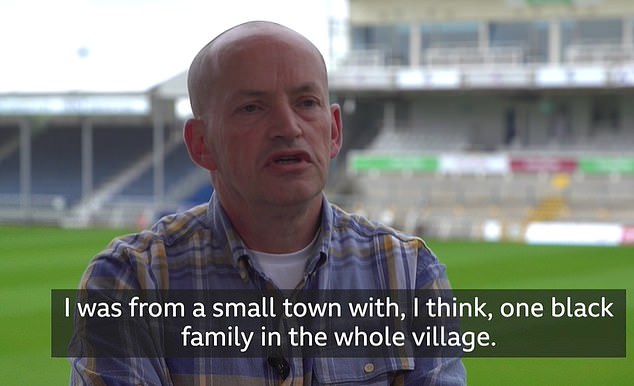 He said seeing the ‘look of disgust’ on his daughter’s face made him realise he had to change because he didn’t want to be ‘that sort of role model’ for her.

He said he was now ‘anti-racist’ and that if ‘I can change, then anyone can.’

After England were defeated in the Euro 2020 final against Italy, more than one million people signed a petition calling for people who racially abuse footballers to be banned from grounds for life. 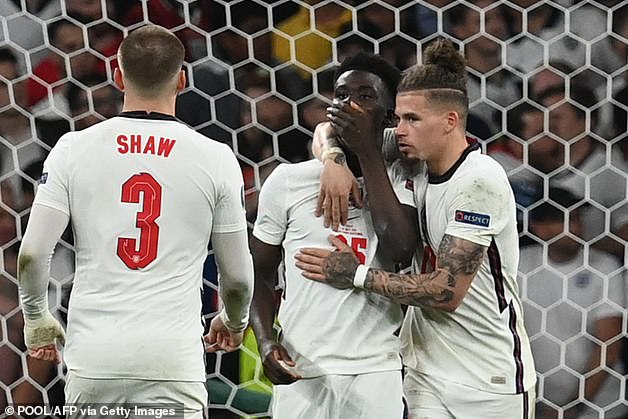 England stars Bukayo Saka, Marcus Rashford and Jadon Sancho were all racially abused online after they failed to score spot-kicks in England’s 3-2 defeat on penalties against Italy in the Euro 2020 final. (Pictured: Bukayo Saka is consoled by England team-mates following his miss)

Marcus Rashford, Bukayo Saka and Jadon Sancho were targeted after the Three Lions crashed out moments from glory. All three men were racially abused online after they failed to score the spot-kicks.

England manager Gareth Southgate said the racist abuse aimed at the players was ‘just not what we stand for’.