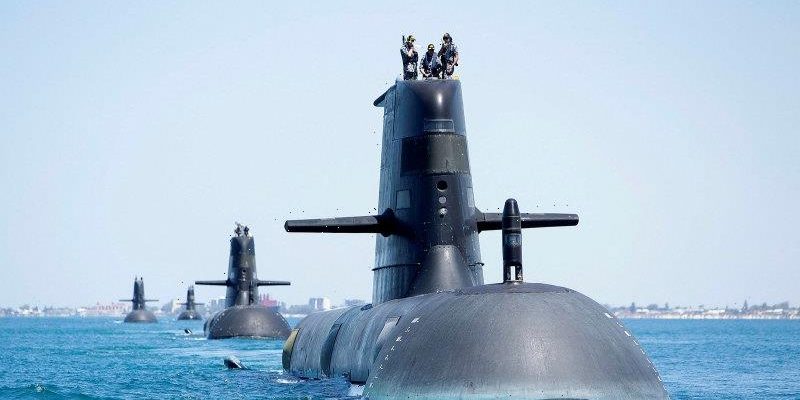 Defence analysts say Australia’s decision to overhaul its existing submarine fleet will allow the country to build up a specialised labour force as the federal government works through issues with its troubled $90 billion program to replace them.

But Labor says the move should have been made six years ago, accusing the government of trying to make a virtue of fixing a looming capability gap of its own making. 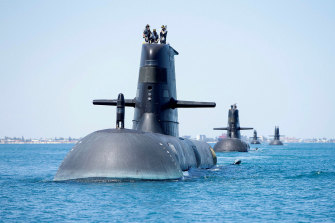 Defence Minister Peter Dutton will order all six of the nation’s ageing Collins-class submarines to be completely rebuilt, which doubles an initial plan by the department to extend the life of just three.

The decision has been made to avoid a capability gap, with the first of the government’s 12 new attack-class submarines not due to enter service until 2035. Its future submarines program has been plagued by cost blowouts, schedule slippages and disagreements with French builder Naval Group over commitments to use local contractors.

Defence secretary Greg Moriarty told a Senate estimates hearing earlier this month the department was undertaking “contingency planning” regarding the new submarines but Mr Dutton said this week he believed the project was “back on track” after Naval Group made some personnel changes.

Australia commissioned the new fleet in 2016 amid rising tensions in the Indo-Pacific. Mr Dutton said on Thursday the region was more complex and less predictable than at any time since World War II due to factors including intensified strategic competition between China and the United States and warned the prospect of military conflict was less remote than in the past.

Opposition defence spokesman Brendan O’Connor said on Friday the government had been forced to extend the life of the Collins-class fleet because its future submarine program was a “shambles”.

“We welcome this belated decision but you don’t get to make a virtue of filling a capability gap you created.”

Marcus Hellyer, a senior analyst at the Australian Strategic Policy Institute, said the number of Collins-class submarines to be rebuilt had never been properly nailed down and it was wise to do all six.

“Originally it looked you like might need to do three or four but as schedules have evolved you probably need to do five just to make sure there will always be six operational,” he said. “And doing all six would give you a little bit of room in case there are further delays.”

Dr Hellyer said the move would allow the country to build up its submarine workforce in anticipation of the construction of the new attack-class boats.

“The government has said it wants to build its workforce. If you commit to all six, you have more capacity to grow your workforce,” he said.

Mr O’Connor called on the government to say whether it would be shifting lucrative maintenance work on the Collins-class submarines from South Australia to Western Australia. The politically sensitive decision, which could involve moving up to 700 jobs, was due to be made by the government at the end of 2019.

“These workers need to know whether their jobs will be moved to Western Australia and not [be] left in limbo by this government,” he said.

Neil James, executive director of the Australia Defence Association, said it should never have reached this stage and both sides of politics were responsible.

“Good idea, but it’s because we have no choice in terms of the long and now very risky schedule for their replacements,” he said. “The six years of no naval shipbuilding orders by the Rudd-Gillard-Rudd governments is a classic example of where no decisions or silly decisions cost time as well as money, with ramifications for decades afterwards. In this case nearly half a century.”