‘Raven’s Home’ is back for season 5 and switching things up. HL spoke EXCLUSIVELY with Raven-Symoné and more about the new ‘generation,’ returning to ‘That’s So Raven’s roots and more.

After almost a one-year hiatus, Raven’s Home returns to Disney Channel for season 5 on March 11. The new season is bringing major changes, including a cast switch-up. Raven and Booker move back to San Francisco after Raven’s dad Victor Baxter has a heart attack. For That’s So Raven fans, you’ll recognize many of the iconic sets from the original series. With the departures of Anneliese van der Pol, Navia Robinson, Jayson Maybaum, and Sky Katz, HollywoodLife spoke EXCLUSIVELY with Raven-Symoné about how those beloved characters will be addressed in the new season.

“I think that you definitely will be getting updates,” Raven revealed. “They are a part of our family, but you are also definitely getting entertained by our new characters and other family members and family members that we remember and love from before. It really allows us to touch on different stories now that we’ve moved back to San Francisco and Booker/Issac gets a crew of friends. He can find his own identity as a human and not just a twin. I think it’s interesting the journeys that we’re taking for this season to really showcase the importance of identity and self.” 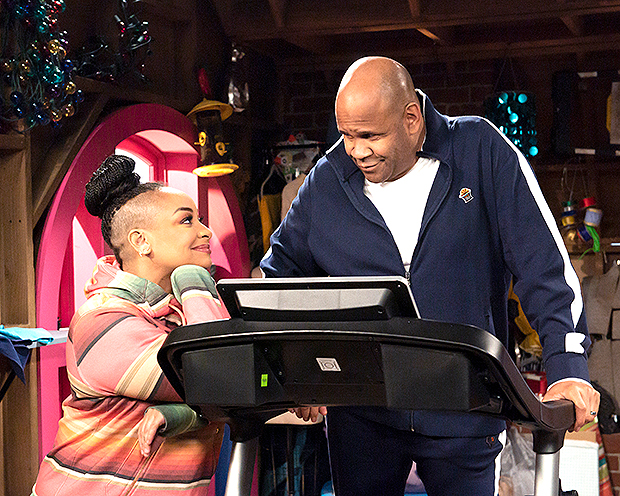 This move marks a major life change for Booker, and he will meet new friends Ivy, Neil, and Raven’s cousin Alice. “It’s crazy because Booker and Nia were so inseparable for so long,” Issac Ryan Brown said. “Booker didn’t have to take over as much responsibility. Nia’s the responsible one. Booker kind of messes up and tries his best to stay along the lines of decent, but now we’re back… My grandfather has a mild heart attack, and he wants to take over some of that responsibility. But he still has to remain Booker. It’s hard to stay fun and stay easygoing and also having to take over so much responsibility, so we get to see a lot of growth from him this season.”

Raven’s dad, Victor, will be a key figure in season 5, especially since Rondell Sheridan is a new series regular. Raven and Booker move in with Victor after his heart attack. Victor is still working at The Chill Grill after all these years. “That’s an integral part of the storyline,” Rondell noted.

Rondell admitted that it was a “major surprise” to get the call about coming back to Raven’s Home full-time. “I began to think when they were doing reboots, in the back of my head, I’m like, man, this would be really great if we ever went back to San Francisco in some kind of way,” he said. “So when I got told the idea about this, I couldn’t believe it. I’m like, I’m all aboard. No matter how we do this, I would love to be part of this. When you see the show, and you see all the elements that remind us of the original show… the fact that we’re back in the house, we’re back in The Chill Grill, we’re back at the same school, it gives you the warm and fuzzies.” 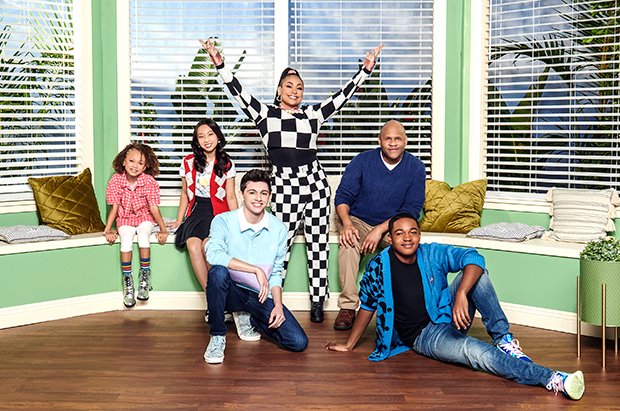 Some of the amazing sets from That’s So Raven will be incorporated into Raven’s Home. For Raven, this is a full-circle moment. “We get to work on a set that I learned so much about comedy on. I worked with so many amazing people,” Raven said. “Literally, it’s deja vu. I’m learning so much again on this set, and I’m working with such amazing people on the set in a new generation, in a new fashion, but it’s still reminiscent of home. We are fully thriving in these sets – The Chill Grill, my bedroom, Bayside High.” Raven’s Home will air Fridays on Disney Channel.