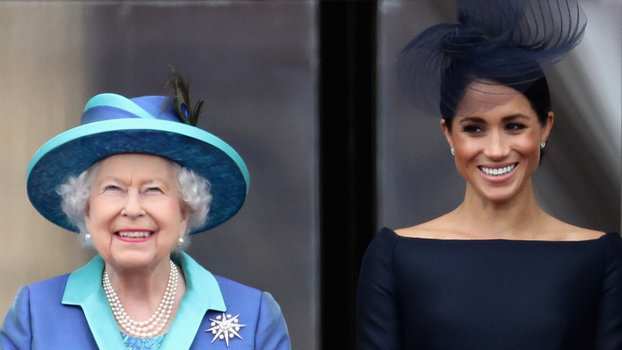 Queen Elizabeth sure seems to love go-getters, and according to a new report from the Daily Mail, that includes Meghan Markle and her husband Prince Harry.

The monarch is reportedly looking to amp up the Duchess of Sussex’s involvement in royal affairs, beginning with her first royal patronage (which basically means a royal family member aiding an organization by giving their name and support to it). Doing so will help lighten Queen E’s workload.

As for which charity will receive Markle’s support, that has yet to be sorted out. The report said Markle fittingly discussed the matter with Queen Elizabeth and Harry over tea, and she’s meeting with organizations now before having her baby to work out the details.

RELATED: Meghan Markle and Prince Harry Will Reportedly Travel to the U.S. with Their New Baby

Prince Harry, Prince William, and Kate Middleton are all patrons of many charities, and as Queen Elizabeth has gotten older, she has been more willing to let the younger generation take on these roles. In December 2016 alone, she relinquished her patronage and association for 20+ orgs, allowing the Cambridges and Prince Harry to step up to the plate.

With that in mind, it’s likely that Meghan’s patronage will be the first of many — especially since Queen Elizabeth is patron to about 600 organizations. Talk about big shoes to fill.