Queen Elizabeth will allow Prince Andrew to keep a prestigious honorary military title, despite the Duke of York’s step back from public duties and continued legal troubles, according to a new report from The Sunday Times.

The queen wants Andrew to keep his colonel of the Grenadier Guards title, even though the duke stepped back from public duties in 2019 after a disastrous interview regarding his involvement with sex offender Jeffrey Epstein, according to the report published over the weekend.

The duke is also now facing a civil lawsuit in New York, after longtime accuser Virginia Giuffre sued him for alleged sexual abuse and assault two weeks ago. Buckingham Palace and the duke’s legal team have so far refused to comment on the lawsuit.

Anonymous military sources told The Sunday Times that “all agree” the duke “should go,” despite the queen’s wishes.

“The Queen has let it be known to the regiment that she wants the Duke of York to remain as colonel and the feeling is that nobody wants to do anything that could cause upset to the colonel-in-chief,” an unnamed source said. “It is a very difficult, unsatisfactory situation.”

A Buckingham Palace spokesperson told HuffPost on Monday that “the Grenadiers and all The Duke’s military appointments are in abeyance after he stepped back from royal duties for the foreseeable future in November 2019. This remains the situation.”

Andrew announced his step back from public duties in November 2019, following a BBC “Newsnight” interview in which he failed to convey sympathy for victims of Epstein and denied ever meeting Giuffre.

The queen was pictured horseback riding with Andrew two days after the interview, in an apparent show of support. He later attended Christmas parties and church with members of the royal family, and met with China’s ambassador in February 2020 to pass along a message on behalf of his mother.

Some critics have said it would be hypocritical to allow Andrew to keep his honorary military title, considering Prince Harry and Meghan Markle lost their honorary military appointments and royal patronages to the queen one year after stepping back from the royal family.

“Following conversations with the Duke, the Queen has written confirming that in stepping away from the work of the Royal Family it is not possible to continue with the responsibilities and duties that come with a life of public service,” Buckingham Palace said in a statement at the time.

“The honorary military appointments and Royal patronages held by The Duke and Duchess will therefore be returned to Her Majesty, before being redistributed among working members of the Royal Family.” 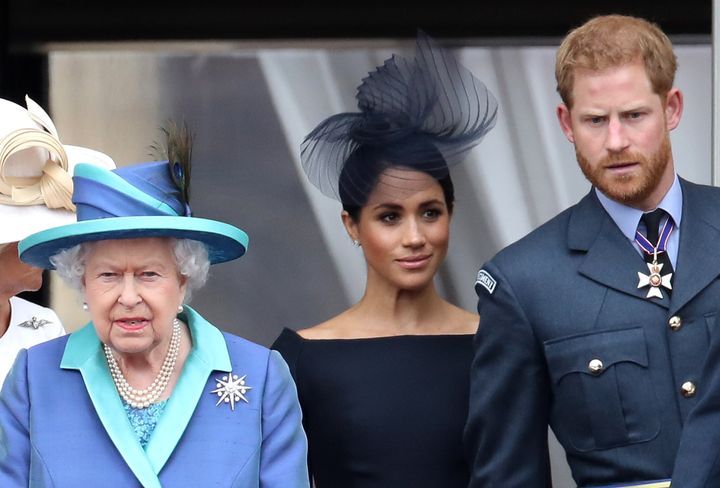 Despite the queen’s continued support for her son, a source told The Mirror that Prince Charles and Prince William believe “there will never be a return to public life for Andrew.”