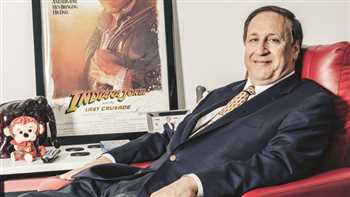 Adam Aron, the CEO of AMC Entertainment, is predicting big things for 2019. The head of the world’s largest exhibition chain is riding high from a record-breaking day of pre-sales on “Avengers: Endgame,” the upcoming Marvel movie that’s expected to debut to north of $250 million when it premieres in April. But Aron believes that there are a number of upcoming Hollywood blockbusters such as “The Lion King” and “It: Chapter 2” that will keep multiplexes full throughout the year. With that kind of lineup, he thinks 2019 has the potential to hit $12 billion in box office revenues for the first time in history.

But there are difficult issues that AMC and other theater chains must grapple with if they want to keep selling tickets — chief among them a changing media landscape that’s seen streaming services such as Netflix rise in popularity and power. During an interview with Variety at CinemaCon, the annual exhibition industry conference that took place this month in Las Vegas, Aron talked about his box office forecast and explained why he’s not fearful of Netflix. He also discussed AMC’s plans to continue to build theaters in Saudi Arabia despite reports that Saudi Crown Prince Mohammad bin Salman ordered the assassination of journalist Jamal Khashoggi.

There seems to be a lot of animosity towards Netflix within the exhibition community. Why is it such a big issue at CinemaCon?

Just yesterday while you were consumed by the issue you just asked about, I was consumed by our bookings for “Avengers: Endgame.” It was the biggest single first day sales for a movie in the history of AMC. It was more than triple the first day for “Avengers: Infinity War.” Triple. It was more than 50% higher than the biggest single movie’s first day ever. Bigger than “Black Panther,” bigger than “Captain Marvel,” bigger than “Star Wars: The Last Jedi” combined. Combined. Think about that? And then you look at the slate that’s coming in 2019 — it’s going to be one massive hit after another. I think that our industry is booming in 2018. It was certainly booming yesterday and it’s going to be booming in 2019. Last I checked, Netflix was around in 2018 and it was in business yesterday. AMC had a record year in 2018 and Netflix was successful in 2018. I think that the world’s appetite for consuming content is so voracious that theaters and streaming services can happily co-exist side-by-side.

What would Netflix need to do for AMC to show it’s movies?

We’d love to play Netflix movies, but there is a status quo for how movies are shown. Whatever we do for Netflix, we would have to do for Warner Bros. and for Disney and for Sony and for Paramount. If Netflix is willing to follow what all of those guys do, we would happily show Netflix movies in our theaters.

Are you having conversations with Netflix about showing Martin Scorsese’s “The Irishman”? Are they willing to compromise on the length of time the movie could be exclusively in theaters?

I’d rather not talk about our private conversations in the pages of Variety. That’s not the way to have those discussions. The ball’s far more in their court than in ours. They know what it would take to get into an AMC theater.

I take your point about the box office and I appreciate that you’re sanguine about the rise of streaming services. But when Helen Mirren said ‘f–k Netflix’ at one of the studio presentations the room erupted in applause. Clearly there’s a lot of hostility towards the company. Why?

I have no hostility towards Netflix. I’m a Netflix customer. I loved “The Crown” and I loved “House of Cards.” And by the way I watch lots of television networks and I go to sporting events. There are a lot of things I do to entertain myself, but I still go to movie theaters. Maybe I’m a little more relaxed about our place in the sun because we’re the largest exhibitor in the world. AMC has the potential to be a $6 billion company in terms of revenues. We’re confident in the relationship we have to our guests.

We’re doing a lot of things right. Guys like you have been writing about declining attendance in U.S. cinemas for a long time now. Our attendance per screen was up 7% last year. Why? Partially because Hollywood made some great movies. But it was also because we’re marketing better than we ever have before. I’m more confident about our place in the sun. I think the business is big enough that we can all coexist. I think some of the people in that auditorium might not be as confident as I am about the coexistence part. Some of them see it as an “either/or” situation. I see it as an “and” situation.

I should preface this next question by noting that Saudi Arabia’s sovereign wealth fund is an investor in Variety’s parent company. That said, I wonder if the murder of journalist Jamal Khashoggi has changed AMC’s plans to build theaters in Saudi Arabia?

In April 2018 we opened the first theater that operated in that country in 37 years. We have male and female employees. We have male and female managers. Men and women sit together in the theater enjoying what has been dozens and dozens of movies that have come out over the past year. Obviously we’re aware of the news and the developments over the past six months. It caused us to think and think hard about what was the right thing to do. After a lot of thought we concluded that we’re there in that country for the benefit of the people.

There are 33 million people in that country, 70% of whom are under the age of 30. They like movies and for 37 years they were deprived of seeing them on a big screen. After a lot of thought we decided we should go forward because if we follow through with our plan we think we could do a lot of good. Fast forward a few years and you’ll see that millions of millions of moviegoers will get to experience what people experience in New York and London and Hong Kong and all around the planet. We have one theater open as of the end of ’18. We’ll have between five and 10 theaters opened by the end of this year. We’ll have between 15 to 20 theaters opened by the end of next year. And I would think we’ll have 40 to 50 theaters open by three to five years from now.

Variety recently published an investigation into the poor working conditions of movie theater janitors. In the piece, ACS, one of the companies that AMC uses for janitorial services, was accused of using subcontractors so it could get around paying workers a living wage. Has AMC had any kind of discussion with ACS about its practices?

How is AMC A-List, your subscription service, doing?

It’s already up to more than 700,000 people. It’s already ten percent of our movie-going clientele in its first nine months. It’s still growing. At some point, logically, it will top out, but I don’t think we’re close to that yet.

Will it be a record year at the box office?

I don’t think we’re going to know until the end of December. The box office growth was so explosive in ’18 that it set a high bar for 2019. I’ve said publicly the year has the potential to be the first in history that the box office crosses $12 billion, but I don’t know for a fact that’s going to occur. We won’t know until the year plays out. What I can say is it’s going to be a very strong year.