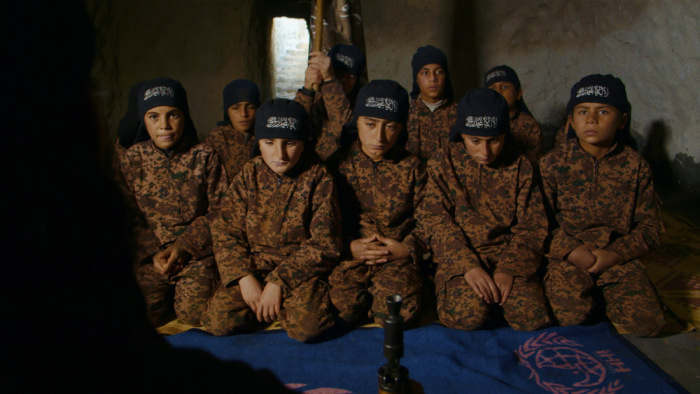 A German producer’s hopes to attend Sunday’s Academy Awards ceremony, where his film is up for an Oscar, look likely to be dashed by tightened U.S. Department of Homeland Security restrictions and increased bureaucracy.

Hans Robert Eisenhauer is one of the producers of “Of Fathers and Sons,” director Talal Derki’s film about a radical Islamist family in Syria, which is nominated for best documentary feature.

Eisenhauer, managing director of Berlin-based production shingle Ventana Film, produced the film with Ansgar Frerich, Eva Kemme and Tobias N. Siebert of Basis Berlin Filmproduktion. While Derki and the other producers will be in Los Angeles for the Oscars, it looks increasingly likely that Eisenhauer’s past travels will keep him from entering the U.S.

Eisenhauer, a former senior commissioning editor at German pubcaster ZDF as well as deputy program director of Arte, spent three days in Iraq in 2016 as part of the documentary’s production. That stay might have doomed his chances to visit the U.S.

A 2016 U.S. law has made it more difficult for travelers from Germany and other countries who normally do not need a visa to enter the U.S. for up to three months if they had previously traveled to certain countries, including Iraq, Syria, Iran, Sudan, Libya, Somalia and Yemen. Those travelers would need to apply for a visa.

Eisenhauer told Variety on Thursday that he became aware of the problem last year when he was blocked from flying to the U.S. for the Sundance Film Festival, where “Of Fathers and Sons” screened and went on to win the Grand Jury Prize. He immediately applied for a U.S. visa as soon as the documentary was nominated last month for an Academy Award.

Eisenhauer said he quickly got an appointment for an interview at the U.S. consulate in Frankfurt (since the U.S. Embassy’s consular department in Berlin is undergoing construction). After a short conversation with a sympathetic consular official in which he discussed his work, the film and the Oscar nomination, Eisenhauer was told to expect his visa in a few days.

Relieved that everything appeared to be fine, Eisenhauer said he booked a flight to Los Angeles. The following day, however, he received an email from the consulate with further inquiries, including detailed travel information for the past 15 years.

“You can imagine what that means for somebody who was always travelling internationally,” he said.

Variety is seeking comment from the Department of Homeland Security.

Eisenhauer visited the U.S. countless times throughout his career and recalled being in Los Angeles with Wim Wenders when he approved the filmmaker’s rough cut of his 1999 documentary “Buena Vista Social Club.”

After providing the necessary information he was informed by the consulate that his case was being worked on and that he would receive a notification, which has yet to arrive.

Eisenhauer also wrote a letter to Richard Grenell, the U.S. ambassador to Germany, as did Bernd Neumann, former German commissioner for culture and media and current president of the German Federal Film Board, but to no avail.

“I don’t know what’s going on,” Eisenhauer lamented. “I’m waiting, but I think I cannot make it anymore for the Oscars.”

While Eisenhauer has since canceled his initial flight to recoup some of the costs, he said he would still try to go if he manages to receive his visa in time. “On the other hand, the flight rates are up to €3,000 [$3,403]. That’s not easy for a small company.”

“Of Fathers and Sons,” which follows Derki as he returns to his native Syria, gains the trust of a radical Islamist family and documents their daily life over a two-year period, is also nominated for best documentary at Saturday’s Independent Sprit Awards, which the producer had also been planning to attend.

Eisenhauer said he was “sad but also angry” about the process, which he described as “very strange.”