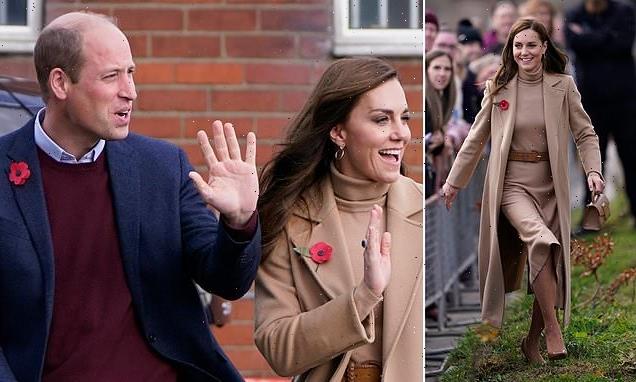 The Princess of Wales today spoke of the ‘vital’ need for community spaces to enable people to meet up face-to-face instead of living on social media at home.

Kate, 40, was speaking to a group of young people at a centre in Scarborough, North Yorkshire, when the discussion turned to ‘safe places’ where they could get together.

She said: ‘With social media everyone is at home online now, and finding community spaces where people can come and meet up together – in a really informal way so it isn’t structured – is vital, and missing in a lot of communities we have visited.’

She and her husband were in the north of England to launch their first ‘Community Impact Day’. 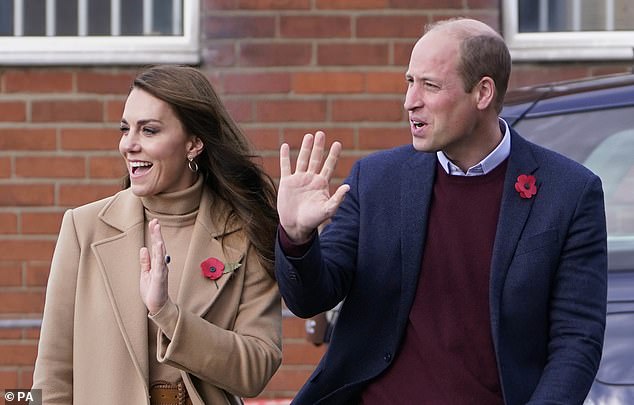 The Prince and Princess of Wales (pictured) visiting The Street, in Scarborough, North Yorkshire, a community hub that hosts local organisations to grow and develop their services, as part of their visit to the area to launch funding to support young people’s mental health

With the Royal Family undertaking hundreds of engagements across the country each year, William and Kate want to ensure that as many as possible of these visits create a ‘lasting legacy and impact’.

They have spent the last three months working with their own Royal Foundation and the Two Ridings Community Foundation to raise £350,000 from local private donors which will go to mental health services in the Scarborough area.

Sources close to the royal couple say they have been ‘proactive’ in getting the project started as the cost of living crisis is set to bite.

Local teenagers are now distributing the money donated by businesses and individuals, as well as the Royal Foundation itself. Further partnerships are expected next year as part of the couple’s vision for a modern monarchy. 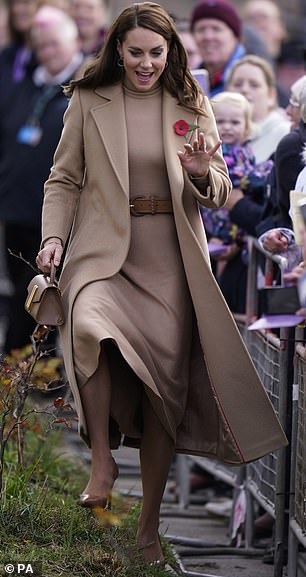 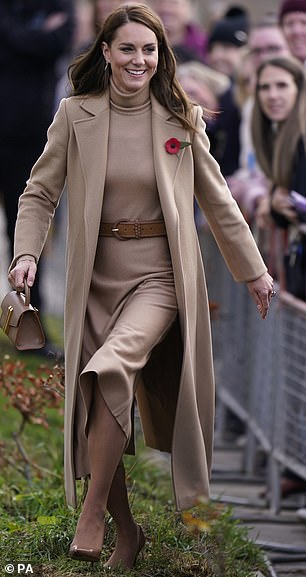 The Princess of Wales spent much time during her visit to Scarborough speaking with the local people. She also found her heels stuck in the mud

At community hub ‘The Street’ the princess braved soggy turf in heels and a classic but elegant all-beige outfit including a £460 Max&Co coat and £60 woven waist belt from Boden and a £295 DeMellier London handbag.

At times she appeared unsteady on her feet but gladly shook hands, spoke, and posed for pictures with around 100 members of the public who had waited to greet the couple.

Charlie Lou, 22, said: ‘I was in tears. I’m still shaking.’ Louise Mansfeld, 50, of Scarborough said: ‘I introduced her to my mother and the Princess of Wales said it was lovely that we lived together and look after each other. She had been given some Scarborough rock.’

In the centre’s main hall, Kate received a painting and a bunch of flowers from two-year-old Carrie Rose Wood-Sheader. 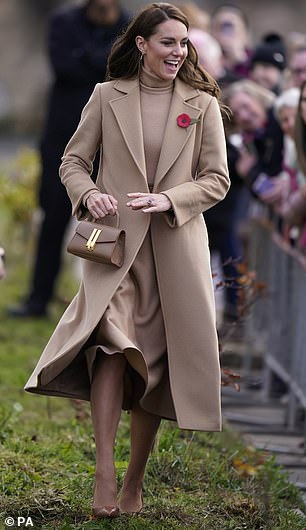 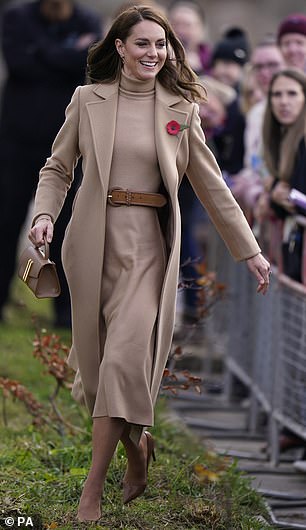 The Princess of Wales said that young people need somewhere to meet face-to-face away from social media. She said it was ‘vital’ for these safe spaces to be created 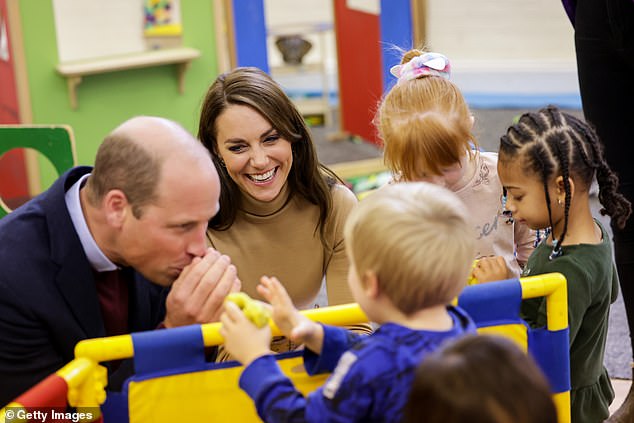 Prince William and Catherine, playing with Modelling Dough with children in the Nursery during a visit to The Rainbow Centre 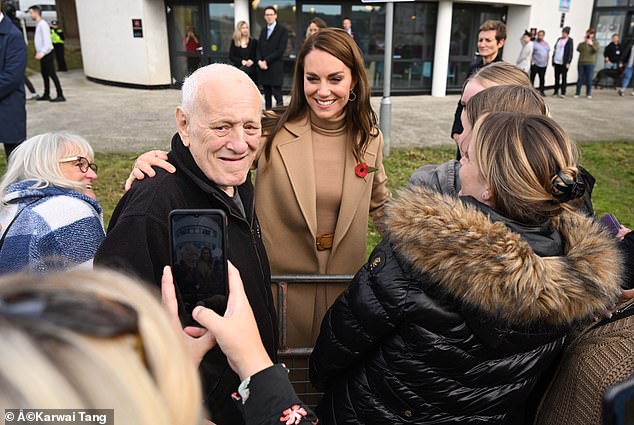 Kate bent down and said: ‘Thank you so much, and what a pretty dress.’

William told charity workers: ‘We’ve been hearing about young people not having enough to do.’

He had a go on Dato Duo synthesiser brought in by David Owen, creative director at Flash Company Arts.

Kate laughed as William played tunes and said: ‘I can see this is really good for children particularly starting off in music.’

In an ‘off-the-cuff’ speech without notes, the Prince of Wales told charities, children and donors: ‘We heard a lot about mental health priorities and some safe spaces and food are key issues resonating today. 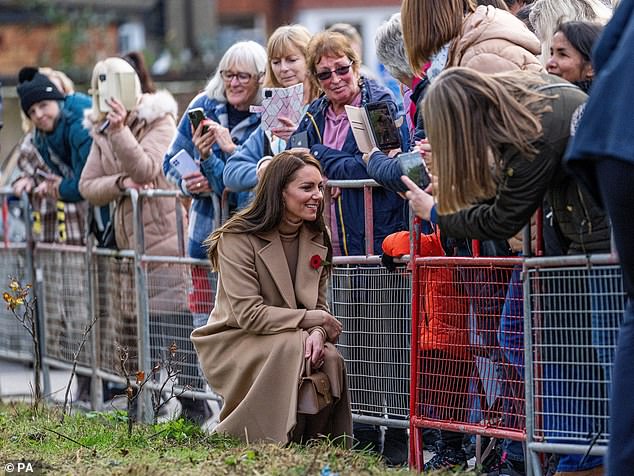 Kate spoke to groups of young people, where she shared ideas of ‘vital’ safe spaces in the age of social media

‘Particularly on mental health side of things, tackling that stigma and talking about mental health and providing services to the community crucial to how we go forward and mental health issues many, many people face.

‘For Catherine and I, the legacy of today is bringing together and collaborating and shown what can be done when a community comes together is something we’d like to follow on and I hope can be represented more widely across the country. 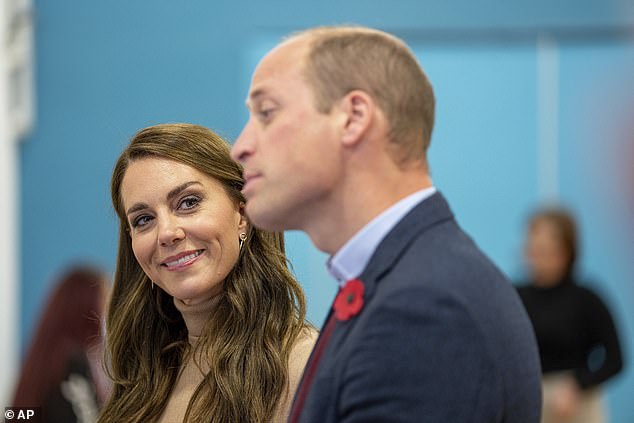 Nigel Jowett of In-site Property Solutions Ltd, who donated to the new community fund, said: ‘There is no shortage of worthy causes around here. ‘There are all sorts of hurdles and stumbling blocks for small charities so the Prince and Princess of Wales and Royal Foundation can help clear those obstacles which is important to the mental health of young people.’

Jan Garrill of the Two Ridings Community Foundation, added: ‘The donors are ordinary people who want to put something back.

‘The Prince and Princess of Wales put a spotlight on the work in the community to support hundreds of charities which wouldn’t normally get access to money. These are non-national charities, hundreds of local charities that can do a great deal with grants of just £5,000.

‘I would hope that the Prince and Princess of Wales will come back in 12 months and see the impact.

‘This is long-term funding, not a flash in the pan.’