Being a big sister is her crowning glory.

Princess Charlotte, 7, was seen scolding her younger brother Prince Louis, 4, during Queen Elizabeth II’s Platinum Jubilee Pageant on Sunday – after their mom, Kate Middleton, struggled to get the little royal to behave.

A now-viral video from the event shows Louis putting his fist in his mouth before Charlotte yanks his hand down away from his face.

She then appears to scold him before turning to properly sit in her seat.

Unfortunately, the nudge from his sister did little to hold Louis back, as he swiftly returned to making hand gestures and funny faces that prompted the Duchess of Cambridge to step in and calmly secure her little one’s motions.

Of course, this isn’t the first time Princess Charlotte has stepped in to manage Prince Louis or their older brother, 8-year-old Prince George. 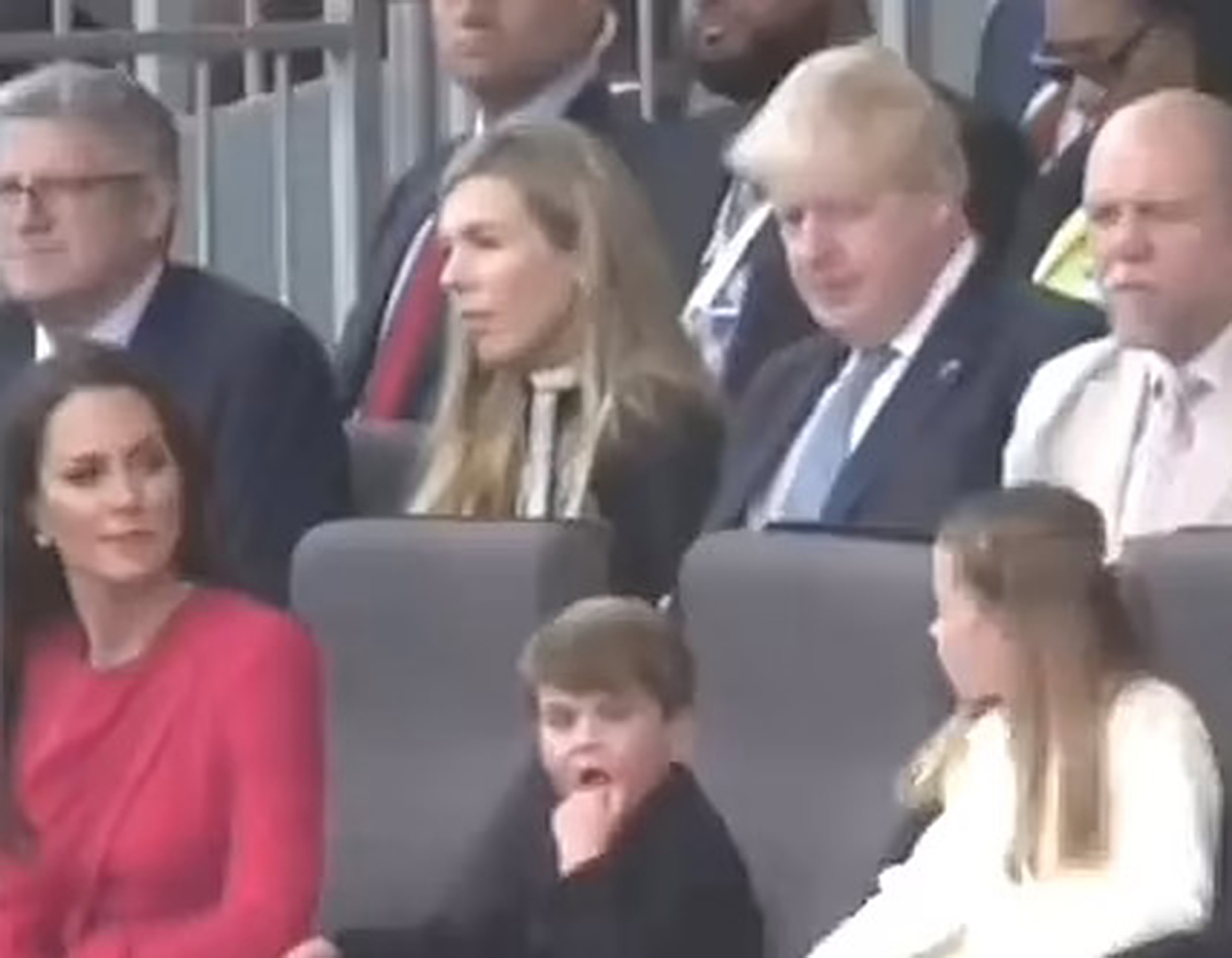 She also corrected George’s posture as they watched the Platinum Jubilee Pageant parade from the Buckingham Palace balcony on Sunday.

And on Thursday, Charlotte stopped Louis from waving at onlookers as they rode in a carriage with Middleton, 40, and Camilla, Duchess of Cornwall, during the Trooping the Colour parade. 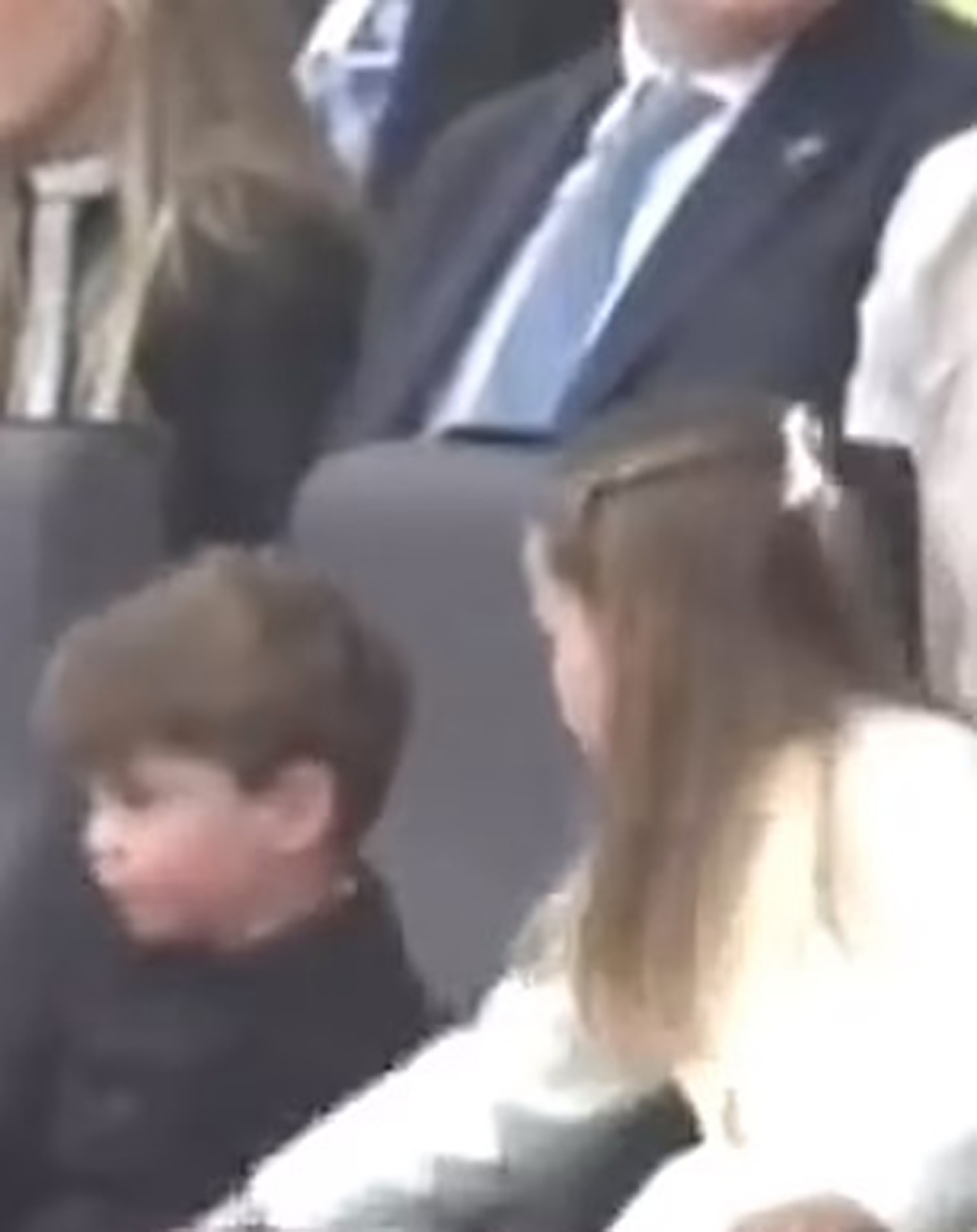 Louis unwittingly seemed to steal the show as he made crazy faces and made a fit while standing with royal family members on the balcony at Buckingham Palace during day one of the celebrations for Queen Elizabeth, 96.

His facial expressions went viral and a photo of Louis yelling and covering his ears beside the Queen even inspired several memes to sweep the internet. 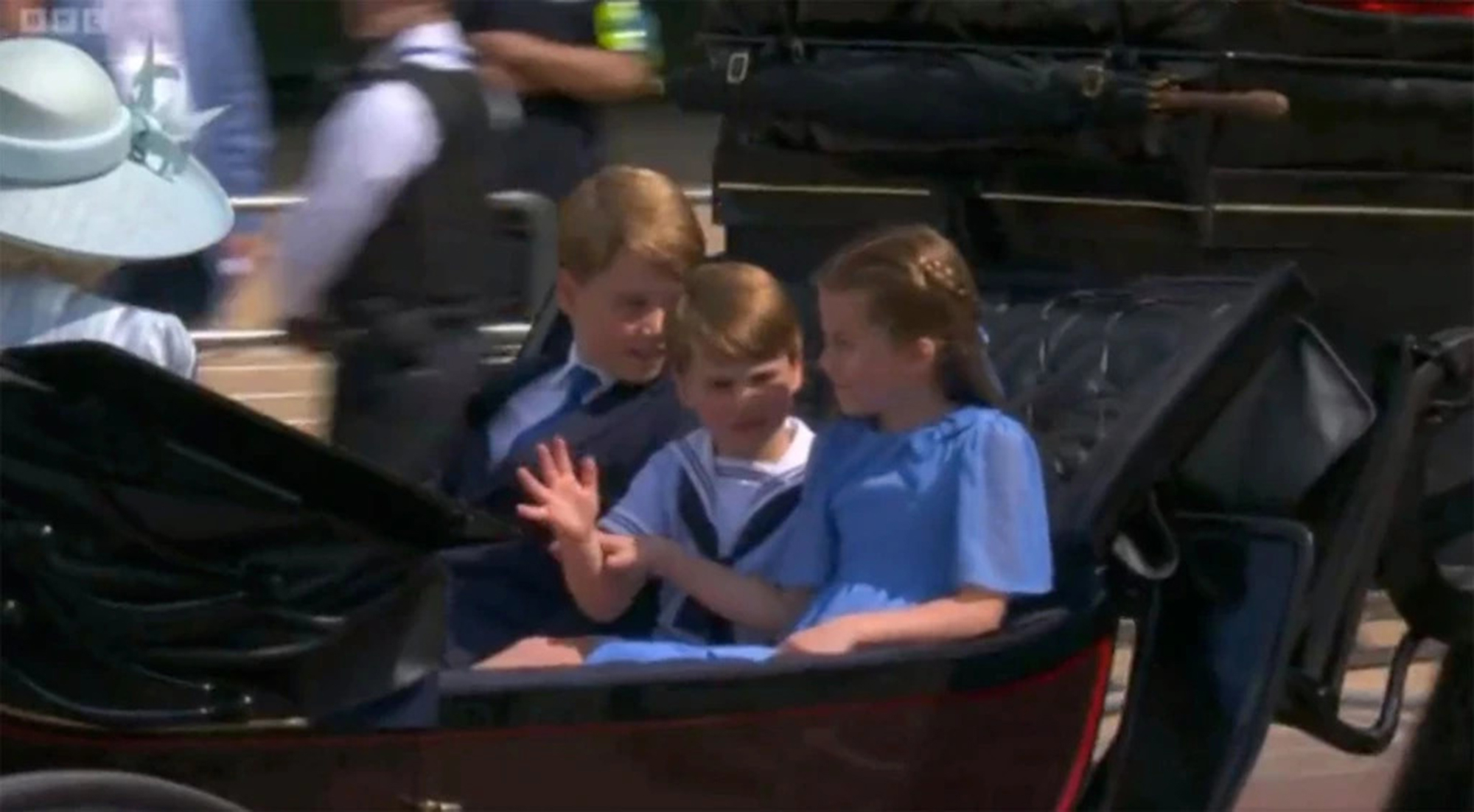 The Duke and Duchess of Sussex were joined by their two kids for their second trip back to the UK since resigning from their royal duties and moving to California in 2020. 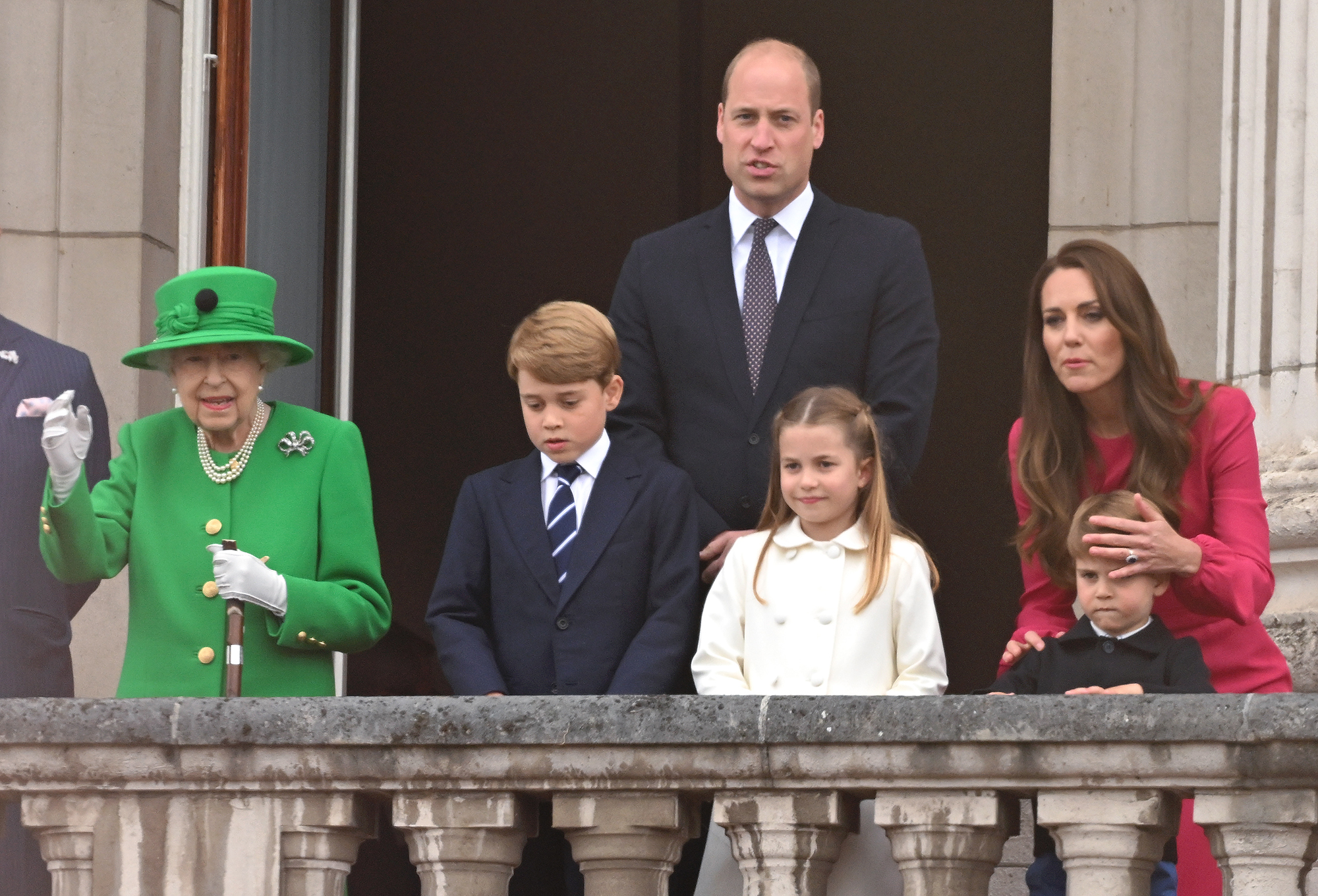 While their children didn’t make any major public appearances, Page Six reported that the Queen met her grandaughter Lilibet, who is named after her, for the first time over the weekend ahead of her first birthday on June 4. However, the Duke and Duchess of Cambridge, as well as their children, were not present.

Markle and Harry, for their part, attended most of the events but mainly stayed in the shadows as the Queen decided that they would not be participating the same way that active royals would be. Thus, they did not appear on the balcony at Buckingham Palace on the opening day of the Platinum Jubilee.