A carriage fit for a princess! Beatrice takes an UBER as she touches down in LA looking chic in a bomber jacket and pleated midi skirt – after it emerged she’s dating a multi-millionaire property tycoon

Princess Beatrice took an Uber as she touched down in LA – after it emerged she is dating multi-millionaire property tycoon Edoardo Mapelli Mozzi.

Beatrice, 30, used the taxi app as she landed in the US, while looking chic in a black bomber jacket and a pleated midi skirt by Misha Nonoo, previously also worn by the Duchess of Sussex.

She finished off her look with a white T-shirt and a pair of navy embellished slipper shoes, along with a black leather rucksack.

Wearing her brunette locks down in loose waves, the royal showed off her glowing complexion minimal make-up looked. 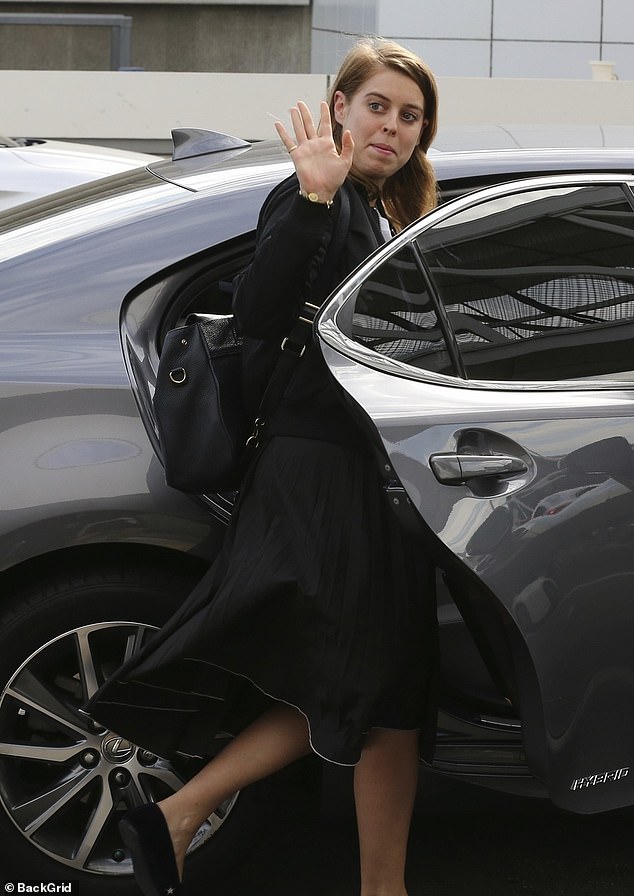 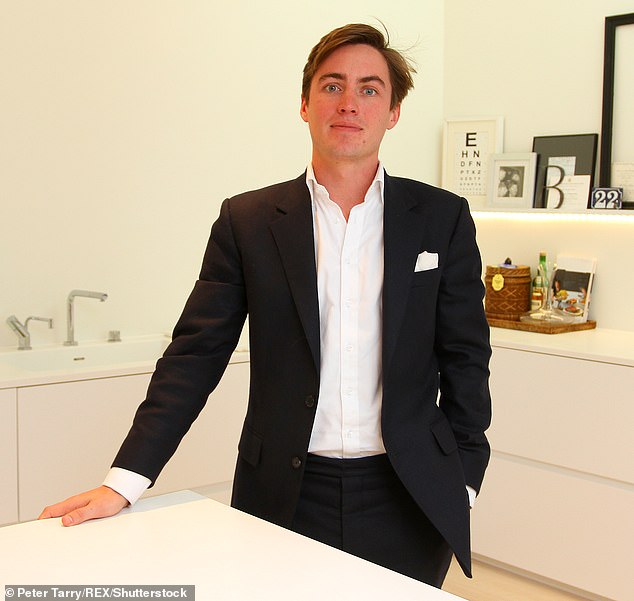 Beatrice is understood to have been dating Edoardo, 34, (above at his home in Kensington, west London) for two months, and has already introduced him to her parents

Beatrice looked in very high spirits as she arrived in LA on Friday, flashing a wide smile at cameras.

It was revealed at the weekend that Prince Andrew’s eldest daughter has a new boyfriend Edoardo, 34.

She is said to have already introduced the divorced father-of-one to her parents, with friends saying they could be engaged very soon. 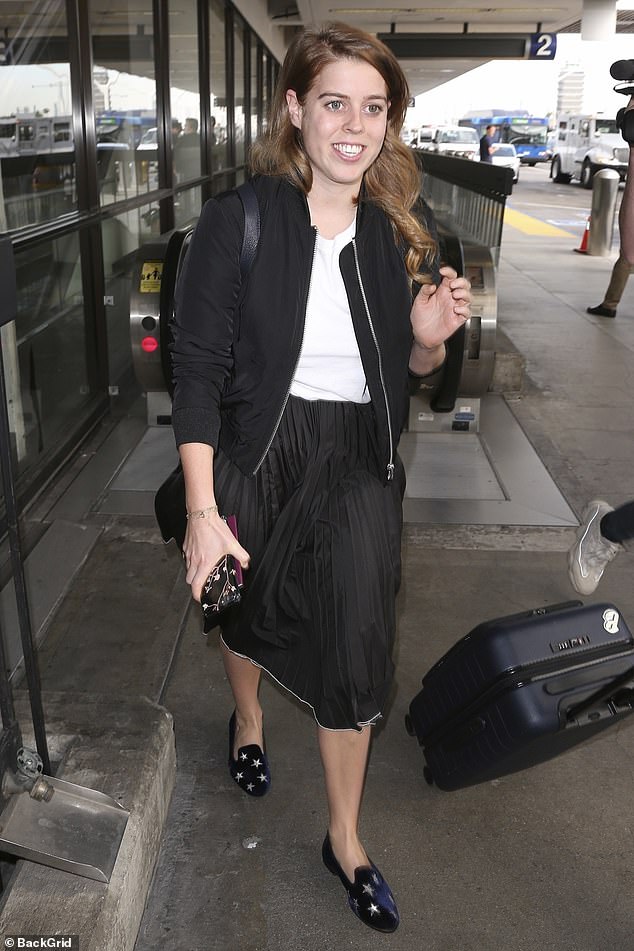 Beatrice, 30, was all smiles as she touched down in LA, after it was revealed she is dating multi-millionaire property tycoon Edoardo Mapelli Mozzi 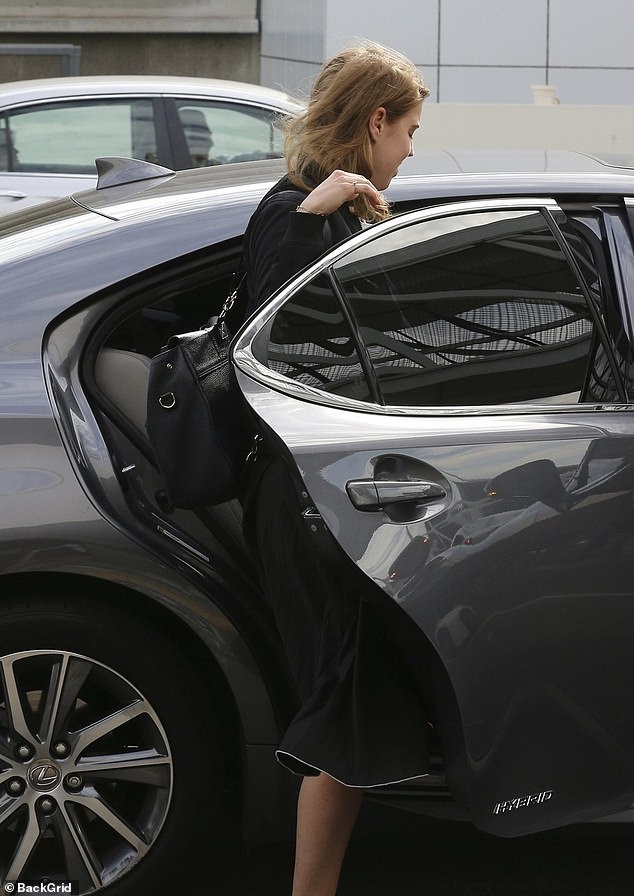 The royal finished off her look with a black leather rucksack. She is pictured getting into her Uber after landing at Los Angeles International Airport

The royal is understood to have been dating the property tycoon, who has a two-year-old son from a previous relationship, for two months, enjoying a string of dates before even going on holiday together.

The pair share the same circle of friends and were introduced to each other through a mutual acquaintance.

A friend told the Sun: ‘They’ve been on holiday together and Beatrice introduced him to Fergie and her dad. Things are moving very quickly and it wouldn’t surprise anyone if they got engaged within a short period of time.

‘They could even be tying the knot in 2019 – it’s already been discussed by her friends. Everyone is thrilled that Bea is so happy and in such a good place right now.’

The couple are believed to have started dating a month before Princess Eugenie’s wedding in October, where Beatrice acted as maid-of-honour.