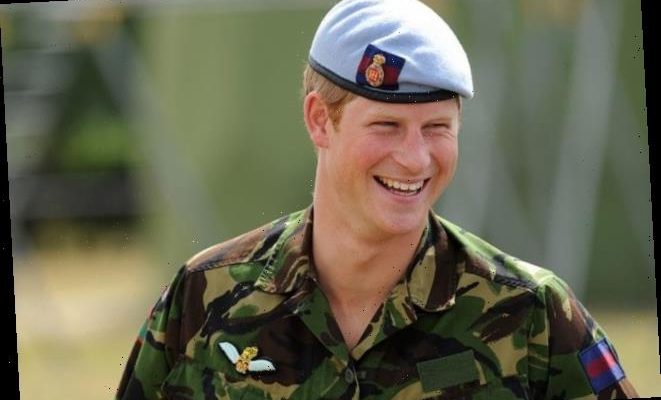 British troops are not happy about Prince Harry and Meghan Markle’s decision to leave the royal family. Some members of the British military are even calling for the Duke and Duchess of Sussex to renounce their titles if they move to Canada following their shocking announcement on social media. While people in the U.K. are up in arms about their decision, Meghan, Duchess of Sussex, is already lining up deals to become financially independent.

James Glancy, who used to be a captain in the Royal Marines, commended Harry for serving two tours in Afghanistan. Although he called Prince Harry’s charitable work “brilliant,” Glancy believes Harry should quit his post as the Royal Marines Captain General.

“His behavior in the last year is not becoming of somebodythat holds these important positions,” Glancy shared. “Now I’ve spoken to otherRoyal Marines, and other people in the military, and they’re very upset if notdisgusted at the disrespect to the Queen by not discussing this.”

Glancy’s statement references earlier reports that Prince Harryand Meghan did not tell Queen Elizabeth about their plans ahead of time. Thepalace was reportedly blindsided by the move, leaving the royals scrambling toput the pieces back together.

According to PageSix, Glancy added that he will no longer be toasting Harry if he followsthrough with his plan to leave the inner circle of the royal family.

Taking to Instagram, Prince Harry and Meghan recentlyannounced that they want to step down from being senior members of the royalfamily. They also want to become financially independent and split their timebetween the U.K. and Canada.

How do British troops feel about Prince Harry’s move toCanada?

Although Glancy was very opinionated about Prince Harry andMeghan’s decision, he noted that they should be allowed to move to Canada andmake a life for themselves.

But if they follow through with their plan, Glancy believesthey should be required to give up their titles and all of the privileges thatcome with being members of the royal family.

“You don’t sit as captain general, or in any other position,and make millions of pounds because that opportunity is not available to asoldier, to a marine, who is on [$25,000] a year,” Glancy stated.

“After many months of reflection and internal discussions, we have chosen to make a transition this year in starting to carve out a progressive new role within this institution. We intend to step back as ‘senior’ members of the Royal Family and work to become financially independent, while continuing to fully support Her Majesty The Queen. It is with your encouragement, particularly over the last few years, that we feel prepared to make this adjustment. We now plan to balance our time between the United Kingdom and North America, continuing to honour our duty to The Queen, the Commonwealth, and our patronages. This geographic balance will enable us to raise our son with an appreciation for the royal tradition into which he was born, while also providing our family with the space to focus on the next chapter, including the launch of our new charitable entity. We look forward to sharing the full details of this exciting next step in due course, as we continue to collaborate with Her Majesty The Queen, The Prince of Wales, The Duke of Cambridge and all relevant parties. Until then, please accept our deepest thanks for your continued support.” – The Duke and Duchess of Sussex For more information, please visit sussexroyal.com (link in bio) Image © PA

Turning the discussion to Meghan, Glancy admitted that heunderstands why everyone is mad at her for wanting to “privatize the monarchy.”At the end of the day, Glancy believes that the move is entirely unacceptable.

There are still a lot of logistics to work out in relocating Prince Harry and Meghan to Canada. Not only will they have to purchase a home, but they will also need to provide security around the clock – an expensive undertaking without the backing of the crown.

In light of the couple’s decision to become financiallyindependent, Meghan has been working behind the scenes to land new gigs. Ithasn’t even been a week since they made the announcement, yet Meghan isreportedly in talks with major fashion brands about partnering up.

An inside source claims that Givenchy is at the top ofMeghan’s list, and the former Suits star could land a deal worth millions.

“Meghan is very connected in the fashion industry and thereare a lot of major labels who would like to partner with her on projects,” theinsider dished. “There have already been active discussions with Givenchy.”

The source believes that Meghan will merge the new deal with her charitable organization, Sussex Royal, which she and Prince Harry launched last year. They are expected to continue working with the organization and will likely set up a second base in North America.

As royal watchers will recall, Meghan and Harry filed for atrademark of their company last year that encompassed over 100 different areas,including magazines, clothing, and stationery.

The news of Meghan partnering with fashion brands is not ahuge shocker. The Duchess of Sussex has become somewhat of a fashion icon sinceshe joined the royal family, and things she wears in public typically go out ofstock within the hour.

That said, Meghan was not allowed to accept fashion giftsfrom companies or discuss her connections in public. The royals even asked oneof Meghan’s dearest jewelry designers to stop posting photos of her wearing heritems on social media.

Here we come Düsseldorf 🇩🇪! The new home for the 2022 and sixth Invictus Games. Having previously been held in London, Orlando, Toronto, Sydney, and upcoming The Hague this year in May – Düsseldorf will welcome over 500 competitors as they showcase their talents, determination and camaraderie to the world! The #InvictusGames is an international adaptive multi-sport event, created by The Duke of Sussex, in which wounded, injured or sick (WIS) armed services personnel and veterans show the world what they’re capable of in a series of adaptive sports, ranging from wheelchair basketball to indoor rowing. The Duke, having spent 10 years serving in the Armed Forces, set up the @WeAreInvictusGames to celebrate the power of sport rehabilitation (both physically and mentally) and to generate a wider appreciation for those who served their country beyond their time in uniform. Participating in the Games plays a significant part in the recovery journey of WIS Servicemen and women. It doesn’t just heal the individual, it heals the whole family. • “I hope everyone in Germany is ready for what will be an incredible week of sport! I have no doubt that the German public will get right behind these Games and that every single competitor can expect a warm welcome and an amazing atmosphere.” – The Duke of Sussex For more information of the announcement, visit https://invictusgamesfoundation.org/ig2022-announcement/ Video © @WeAreInvictusGames

Despite the restrictions, Meghan partnered with a company called Smart Works a few months ago to launch a collection of clothing for women. Meghan collaborated with her good friend, Misha Nonoo, for the line.

Meghan Markle and Prince Harry have not commented on thebacklash they have received over their shocking announcement. Meghan recentlyflew back to Canada while Prince Harry is reportedly still holding meetingswith Queen Elizabeth about their exit.