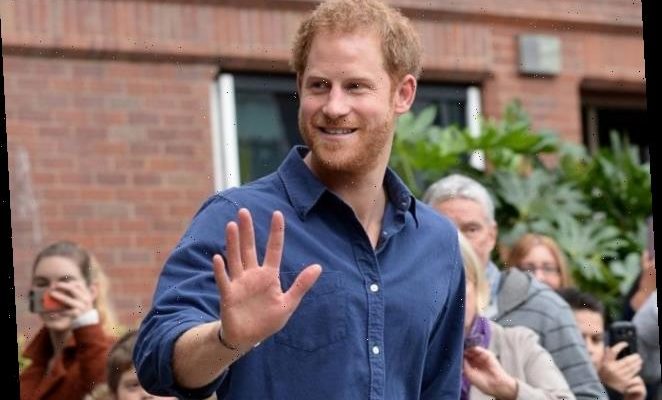 As the second oldest child of Prince Charles and Princess Diana, royal expert Melanie Bromley believes Prince Harry has “always grappled” with his role in the royal family. Those struggles came to a head at the start of 2020 when Harry and Meghan Markle announced their exit from the royal family. With the Duke and Duchess of Sussex starting the next chapter in their journey together, here is a look at why their exit may have been long in coming.

Prince Harry opens up about struggles

Compared to Prince William, royal watchers have always consideredHarry to be the more rebellious of the two.

Growing up, Harry gained a reputation for partying too hard and having a bit of a wild streak. For example, he was once caught wearing a Nazi uniform to a dress party, and in 2012 photos surfaced of a naked Harry playing games with several women in Las Vegas.

Harry may have been the most eligible bachelor in the United Kingdom, but his antics were a major headache for the royal family.

In an interview with Newsweekin 2017, Harry opened up about his younger days and revealed that his behaviorreflected an internal struggle with his own mental health. Harry admitted thathe bottled up his emotions following his mother’s tragic death and nearly hadseveral breakdowns.

After consulting with his brother, Prince Harry reached out forprofessional help. He has since turned things around and has become a hugeadvocate in the mental health community.

“My mother died when I was very young. I didn’t want to bein the position I was in, but I eventually pulled my head out of the sand,started listening to people and decided to use my role for good,” Harryshared. “I am now fired up and energized and love charity stuff, meetingpeople and making them laugh.”

Although Harry continued his charitable work after tying the knot with Meghan Markle in 2018, the couple announced their departure from the royal family at the beginning of the year. Their exit from the monarchy became official on March 31, and there is one royal expert who believes Harry has struggled with his role in the royal family for quite some time.

Royal expert Melanie Bromley, who is the E! News Chief NewsCorrespondent, recently shared her thoughts on Prince Harry’s dilemma. Bromleyrevealed that she believes Harry has “always grappled” with his placein the monarchy.

“After many months of reflection and internal discussions, we have chosen to make a transition this year in starting to carve out a progressive new role within this institution. We intend to step back as ‘senior’ members of the Royal Family and work to become financially independent, while continuing to fully support Her Majesty The Queen. It is with your encouragement, particularly over the last few years, that we feel prepared to make this adjustment. We now plan to balance our time between the United Kingdom and North America, continuing to honour our duty to The Queen, the Commonwealth, and our patronages. This geographic balance will enable us to raise our son with an appreciation for the royal tradition into which he was born, while also providing our family with the space to focus on the next chapter, including the launch of our new charitable entity. We look forward to sharing the full details of this exciting next step in due course, as we continue to collaborate with Her Majesty The Queen, The Prince of Wales, The Duke of Cambridge and all relevant parties. Until then, please accept our deepest thanks for your continued support.” – The Duke and Duchess of Sussex For more information, please visit sussexroyal.com (link in bio) Image © PA

“I think that it’s something that has been on my mind for awhile,” Bromley shared. “His role in the royal family is something hehas always grappled with and not made 100 percent comfortable with.”

Bromley added that Harry has hinted about leaving the royal family “before he’d actually announced it.” She also referenced a recent interview with Jane Goodall, who echoed her statements about Harry’s decision.

In March, Harry and Meghan, Duchess of Sussex, officially moved to Los Angeles where they are currently living during the coronavirus pandemic. Although the pair had grand plans to start their new lives, the current crisis has pumped the breaks on their activities.

“The Duke and Duchess of Sussex would prefer that in the immediate weeks and months, the focus remains on the global response to COVID-19,” a spokesperson for the couple shared.

As part of their exit agreement, Prince Harry and Meghan will no longer use their royal titles. They have also deactivated their main charitable foundation, Sussex Royal, and will be launching their new organization, Archewell, in the coming months.

While Harry and Meghan are not using their titles, his place inthe line of succession remains unchanged. The royals will also re-examine theirexit in 12 months to determine if any adjustments need to be made.

How will Prince Harry and Meghan Markle earn a living?

In the coming months and years, the Duke and Duchess of Sussexwill be seeking to become financially independent from the crown. It is unclearwhat they plan on doing for a living, but they certainly have several optionsto explore.

There has been plenty of talk about Meghan returning to acting. The Duchess agreed to narrate a documentary for Disney last year titled Elephants, so re-starting her old career is definitely on the table.

This afternoon, The Duke and Duchess of Sussex attended the annual Commonwealth Service at Westminster Abbey on Commonwealth Day, alongside Her Majesty The Queen and Members of The Royal Family. The Commonwealth is a global network of 54 countries, working in collaboration towards shared economic, environmental, social and democratic goals, and the Service today seeks to highlight the vast community which spans every geographical region, religion and culture, embracing diversity amongst its population of 2.4 billion people, of which 60 percent are under 30 years old. As President and Vice-President of the @Queens_Commonwealth_Trust, The Duke and Duchess of Sussex have been passionate advocates of the Commonwealth having spent many years working closely with the next generation of Commonwealth leaders. The theme of the Commonwealth for 2020 is ‘Delivering A Common Future: Connecting, Innovating, Transforming', placing emphasis on youth, the environment, trade, governance, and ICT (Information and Communications Technology) and innovation. From working to protect the earth's natural resources and preserving the planet for generations to come, to championing fair trade and empowering the youth of today to transform the communities of tomorrow, the Service celebrates the Commonwealth's continued commitment to delivering a peaceful, prosperous and more sustainable future for all. Photo © PA

As far as Harry is concerned, he has already taken part inseveral public speaking engagements. He will also continue to be active on thecharity front, though the couple has yet to reveal any specifics about that.

Prince Charles is also expected to give Prince Harry and Meghan Markle an annual stipend to help cover some of their expenses.