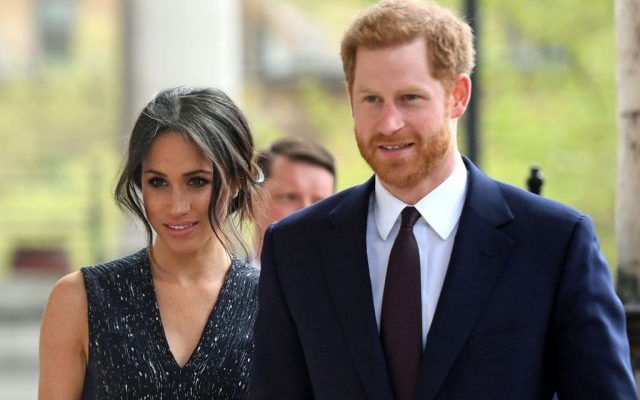 Prince Harry and Meghan Markle have been busy filling the top positions on their royal staff. After hiring a communications secretary and deputy private secretary, the Duke and Duchess of Sussex have officially snagged Fiona Mcilwham as their chief of staff. The move comes amid rumors of a growing feud between the Sussexes and Prince William and Kate Middleton, who agreed to split houses earlier this year.

Prince Harry and Meghan Markle are expected to introduce Mcilwham next month. On her social media page, Mcilwham describes herself as a “supermum” and a “diplomat,” and is the third woman to join the couple’s staff in recent weeks.

According to People,Mcilwham is one of three women that will lead Harry and Markle’s house,including Heather Wong as the deputy private secretary and Sara Latham as thecommunications secretary. Mcilwham’s official title is the private secretary.

Prior to being hired by the Sussexes, Mcilwham made a namefor herself as a diplomat for the U.K. In 2009, Mcilwham was sent to Albania,where she became one the country’s youngest diplomats ever. Mcilwham isreplacing Samantha Cohen, who was only filling in until Harry and Markle hireda more permanent secretary.

As royal watchers are aware, Cohen used to be Queen Elizabeth’s assistant private secretary and has been with the newlyweds since their wedding in 2018. Cohen has played an important part in helping Meghan Markle adjust to her new role within the royal family and will be sorely missed. Mcilwham, meanwhile, joins the family as they gear up for a major tour of South Africa this fall.

Inside Harry and William’s feud

The new appointments come amid rumors that Prince Harry and PrinceWilliam are still at odds. The brothers have faced feud rumors ever since Harrytied the knot with Meghan Markle, and a new documentary claims to shed light ontheir rift. In the doc, William &Harry: Princes At War?, several journalists, royal experts, and authorsgave their opinion on why William and Harry cannot get along.

According to Express,Emily Andrews, a journalist who has covered the royal family for years, claimsthat Harry went crazy after William attempted to ruin his relationship with theformer Suits star. The argumentbetween Harry and William allegedly took place shortly after the couple gotengaged.

Ingrid Seward, the chief editor at Majesty magazine, added that William and Kate Middleton questioned the engagement because they did not know anything about Meghan Markle. The Duke and Duchess of Cambridge reportedly thought Harry was moving way too fast and advised him to take things slowly before rushing into marriage. They also had doubts about Markle, who had been married once before.

Unfortunately, Harry took this as a direct attack againsthim and Markle, and his relationship with William has never been the same. Thiscould be why the brothers decided to split houses earlier this year, though theroyal family has yet to address the matter.

“It was all so quick that William and Kate didn’t have amoment to get to know Meghan because Harry hardly knew Meghan,” Seward shared.

Royal feud aside, experts believe that Prince William mightbe a little worried about Harry and Markle after their recent string ofbreaking the family’s rules. Prince Harry and Meghan Markle have faced a lot ofcriticism for keeping their son, Archie’s, recent christening private. The couplehas also refused to reveal the identity of Archie’s godparents, something a lotof their fans would love to know.

Royal watchers were forbidden from taking pictures with Markle at the Wimbledon championships as well, which has led to speculation that Meghan Markle still considers herself more of an A-lister than a royal.

Markle and Harry gave birth to their first child back inMay. The couple tied the knot in a gorgeous ceremony in the spring of 2018. Thetwo have not addressed the most recent rumors surrounding their feud withWilliam and Middleton, the latter of whom appeared with Markle at the Wimbledongames.

Prince Harry and Meghan Markle are currently gearing up for a tour of South Africa, which will mark their first trip abroad as a family.