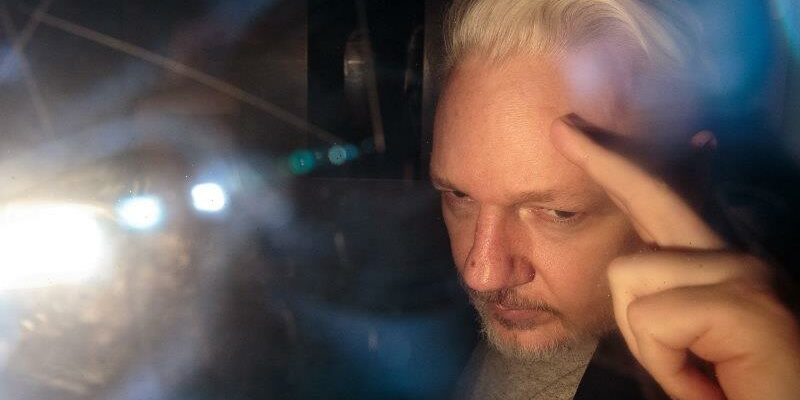 Government MP Julian Hill has urged Prime Minister Anthony Albanese to stick to his principles and encourage the United States to drop its extradition of Julian Assange.

When opposition leader, Albanese declared Assange’s incarceration in the United Kingdom – pending his extradition to the United States, where he faces spying charges – had gone on long enough and he wanted him freed. 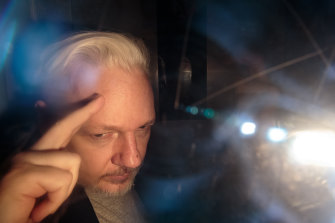 Wikileaks Founder Julian Assange leaves Southwark Crown Court in a security van after being sentenced on May 1, 2019 in London, England.Credit:Getty

Asked during Tuesday night’s press conference if he would match his rhetoric as opposition leader now he is prime minister and encourage the United States to drop the charges, Albanese said “my position is that not all foreign affairs is best done with the loud hailer”.

Government backbencher Julian Hill, a member of the bipartisan Bring Julian Assange Home parliamentary group, on Twitter attacked the use of “weasel words”.

“I hope one of the first acts of our new cabinet will be to speak up for our fellow citizen and demand the US government drop the shameful prosecution of Julian Assange,” he wrote.

“Loudly and clearly, no weasel words.” 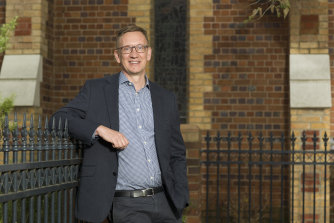 He told The Sydney Morning Herald and The Age the new government must stand clear and firm on its principles.

“Diplomacy may be quiet or loud but in this case, it’s the results that matter – Assange’s life is at stake. He should not be deported and the charges should be dropped,” he said.

“I’d hope our new government will have something clear and firm to say regarding the principles of press freedom.”

Assange’s Australian human rights lawyer in London, Jennifer Robinson, reiterated her plea for the Australian government to use its influence to request the United States let Assange “come home”.

“We call on the Albanese government to do what previous Australian governments have not: to do the right thing for free speech, for human rights and for this Australian citizen,” she said.

“To protect Julian Assange and let him come home.”

The WikiLeaks founder is in Belmarsh Prison and is set to learn his fate within the next three weeks, when the UK’s Home Secretary Priti Patel is due to decide whether to order his extradition to the United States per instruction by the British courts.

The former Trump administration first pursued Assange and charged him under the espionage act, for offences relating to the theft of classified cables and documents that WikiLeaks published online.

The request for his extradition from the United Kingdom, where he spent seven years claiming asylum in the Ecuadorian embassy to evade extradition to Sweden, has continued under the Biden administration.

Assange argues he is a journalist, a claim the courts in Britain have rejected. He has been in prison ever since he was kicked out of the Ecuadorian embassy in 2019 and his health has deteriorated while in custody.

A spokeswoman for the UK Home Office said Patel had around three more weeks to decide whether to order his extradition to the United States.

“The Court has, on 20th April, decided to send the case of Julian Assange to the Home Secretary for her decision on whether to order his extradition to the US,” the spokeswoman said.

“He is wanted in the US to face charges relating to computer misuse and the unauthorised disclosure of national defence information.

“The Home Secretary is required to make a decision within two months of the day the case is sent,” the spokeswoman said.

In January, Mark Dreyfus, now attorney-general, cited Assange’s health and said the then-Morrison government should encourage the US government to “bring the matter to a close”.

“Given his ill health it is now time for this long-drawn-out case against Julian Assange to be brought to an end,” he said, on behalf of the Labor opposition, at the time.

Get a note direct from our foreign correspondents on what’s making headlines around the world. Sign up for the weekly What in the World newsletter here.