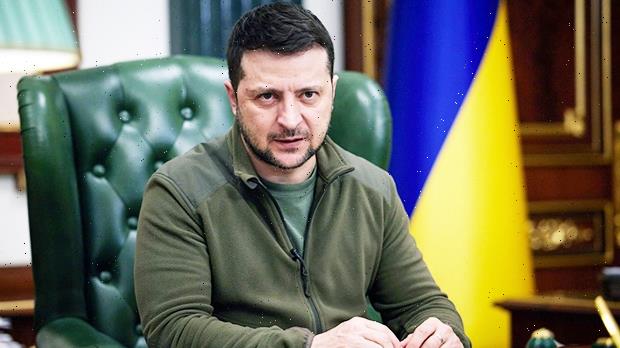 Ukrainian President Volodymyr Zelenskyy made a surprise appearance via video at the 2022 Grammy Awards to deliver an inspiring speech about how music provides hope in crisis on Sunday April 3. The President spoke about how music has given solace to Ukrainians as Russia has an invaded their country, before John Legend took the stage perform his new single benefiting Ukrainians “Free.” John was joined by Ukrainian poet Lyuba Yakimchuk and musicians Mika Newton and Siuzanna Iglidan.

Zelenskyy spoke about how war is “the opposite of music,” and he called for Americans to speak out against Russia and show support for Ukraine. “Our musicians wear body armor instead of tuxedos. They sing to the wounded in the hospitals, even to those who can’t hear them, but the music will break through,” he said. “On our land, we are fighting Russia, which brings horrible silence with its bombs—the dead silence. Fill the silence with your music. Fill it today to tell our story!”

Earlier in his speech, Zelenskyy gave the heartbreaking numbers about the children who have been lost to the war, and how it can be unpredictable knowing what will come next in the battle against Russia. “Our children draw swooping rockets, not shooting stars. Over 400 children have been injured, and 153 children died, and we’ll never see them drawing. Our parents are happy to wake up in the morning. In bomb shelters, but alive. Our loved ones don’t know if we will be together again. The war doesn’t let us choose who survives and who stays in eternal silence,” he said. 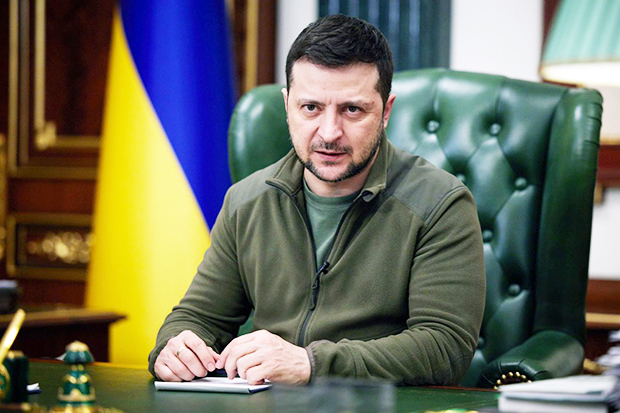 Towards the end of his speech, Zelenskyy spoke about his hope that someday Ukraine will be “free,” as John began the fitting song. As the song ended, a link appeared onscreen, with a partnership through Global Citizen, where viewers could donate to benefit Ukrainians. After the performance, the Academy tweeted a show of support. “Our hearts and our stage hold a special place for the people of Ukraine,” they wrote.