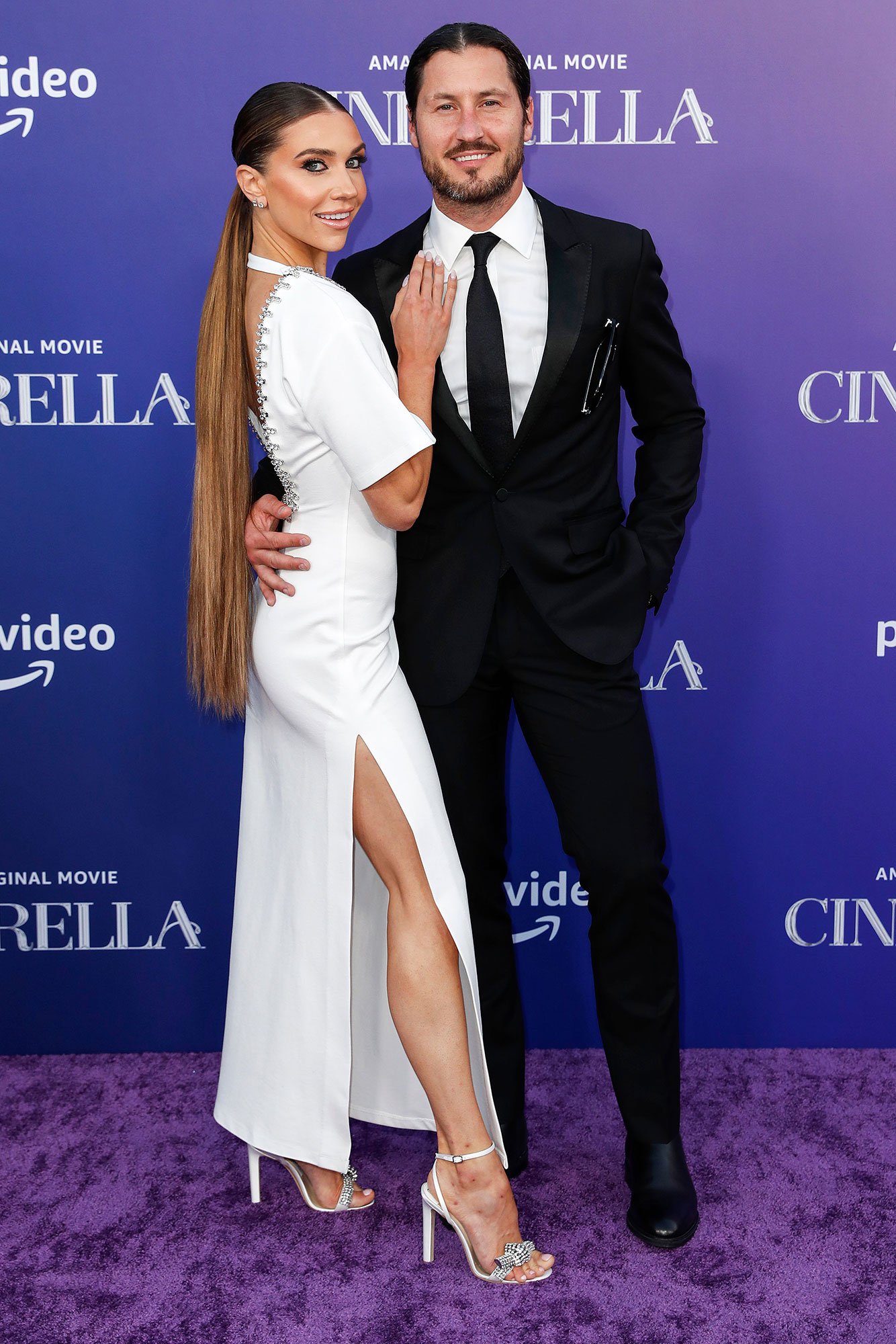 Baby in the ballroom! Jenna Johnson is pregnant with her and husband Val Chmerkovskiy‘s first child, according to People.

DWTS’ Jenna Johnson and Val Chmerkovskiy: A Timeline of Their Romance

The Dancing With the Stars pros tied the knot in 2019 after four years of dating and have been candid over the years about having children. Johnson, 28, exclusively told Us Weekly in June that the constant pressure to start a family can get overwhelming.

“I think it’s a really insensitive question actually,” the former So You Think You Can Dance star told Us. “You never know what somebody’s going through and the amount of DMs and comments, you know, ‘Babies on the brain,’ ‘When are you gonna have a baby?’ ‘When are you and Val gonna have a baby?’ It adds pressure, but also, it’s nobody’s business.”

At the time, the Utah native noted that people who ask about her pregnancy journey have “no idea” what she’s experienced in the past or what she and Chmerkovskiy, 36, want “in the future.”

Johnson made her desire to have kids clear in September 2020, telling Us exclusively at the time, “I want babies. Val wants babies very badly. We definitely have spoken about it. That’s our future. That’s what we want when that’s gonna happen.”

One year later, however, the ballroom dancer confessed that keeping her and Chmerkovskiy’s romance alive was sometimes challenging during their busy DWTS schedules. “It was a challenge for us to find a good balance of work life and home life because we were constantly talking about work, and this was a few years ago and so we really pushed ourselves to finish work at the door, come home and just be humans, just be a married couple,” Johnson told Us in October 2021, reflecting on her and her husband’s time competing on season 30 of the celebrity dance competition. “Obviously, [this] season [it] has been a little bit easier to do that because we can’t live together because of COVID.” 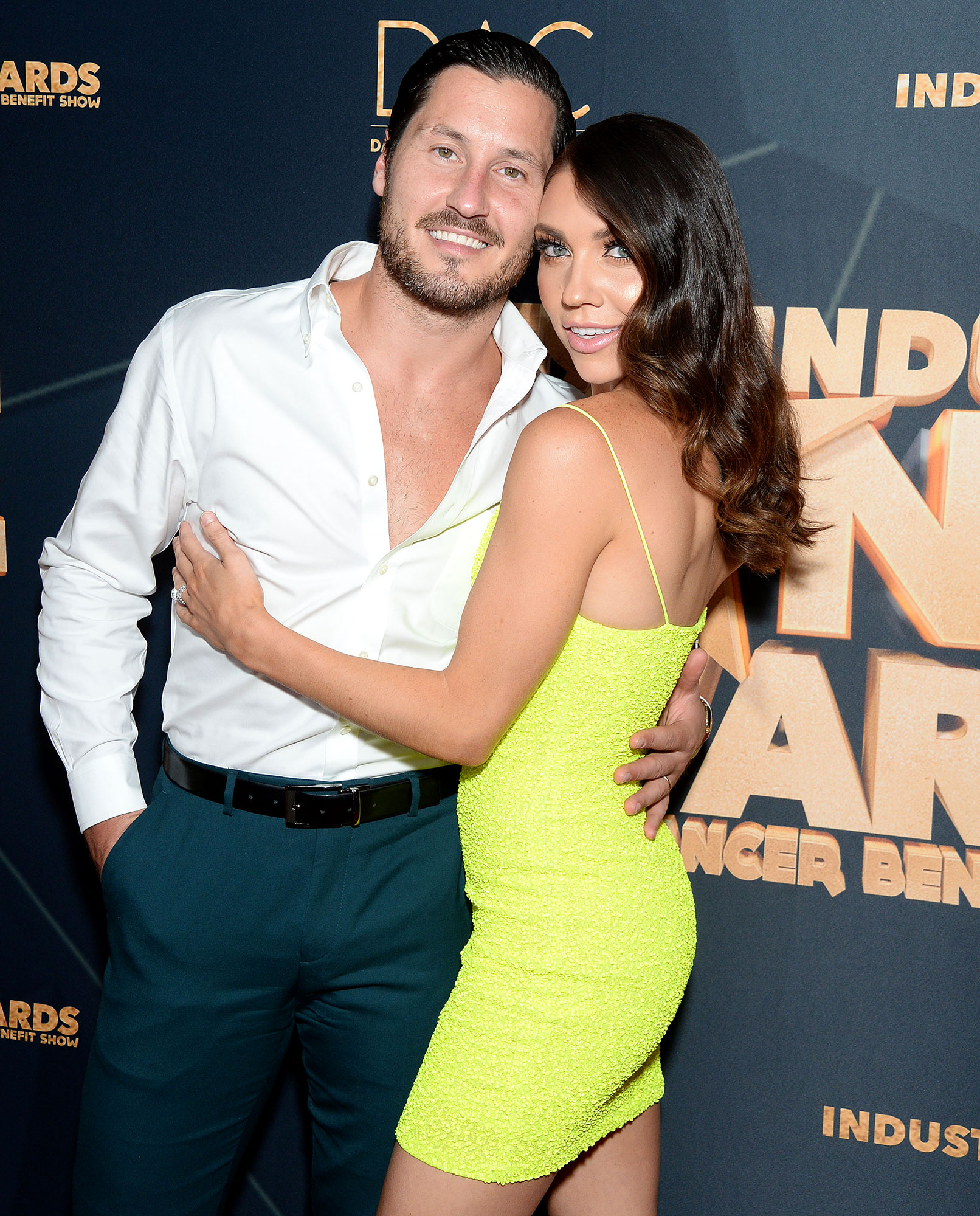 Johnson was paired with JoJo Siwa last season, making history as the show’s first same-sex couple. The dynamic duo came close to winning the mirrorball trophy, but they ultimately placed second behind Iman Shumpert and pro Daniella Karagach. Chmerkovskiy, for his part, performed with Olivia Jade Giannulli and was eliminated halfway through the competition.

‘Dancing With the Stars’ Darlings! See the Pros’ Babies

Ahead of their pregnancy news, the couple weighed their futures on DWTS. The Ukraine native previously hinted that season 30 could be his last, and Johnson asserted that she would support her husband no matter what he chooses.

“So, the funny thing is we actually don’t know if we’re coming back until right before the season [starts],” she told Us in June. “But yes, I know that Val is definitely excited to come back for another season and I think that he’s in the best shape of his life right now. I’m not sure what happened to him [this year], but he is snatched. … I think he’s really excited for this next season.”