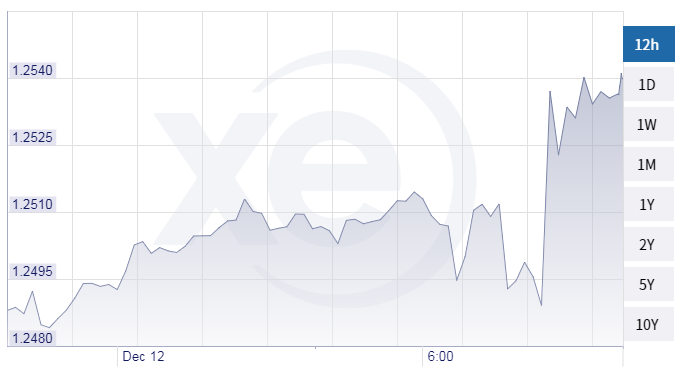 After cancelling her crunch Brexit vote, which was due to take place yesterday, fears are now growing that Theresa May could be kicked out of Downing Street. 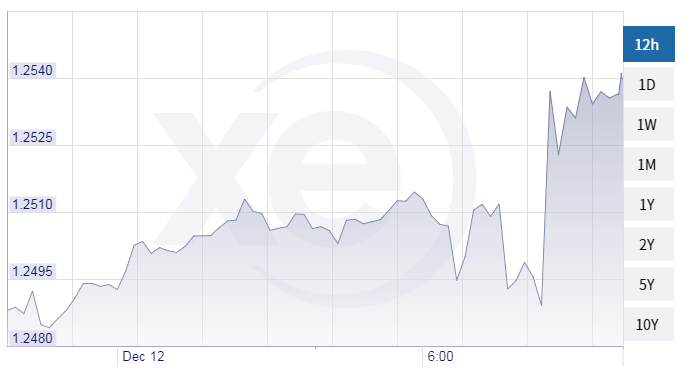 The uncertainty had lead to a further battering of the Pound – early this morning, £1 would get you $1.24.

It's since recovered slightly to $1.25 after Theresa May promised to fight the political leadership battle. 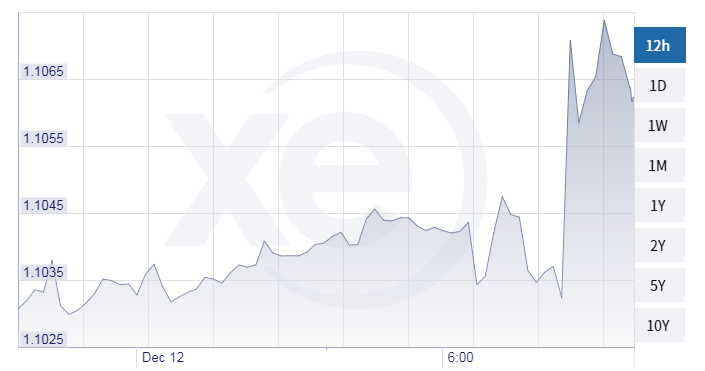 But that's still down compared to 1.11 Euro yesterday morning and a high over the past seven days of 1.2 Euros.

The Pound hasn't been this low against the Euro since August 2018.

"In the days and weeks to follow, whatever the outcome of this evening’s vote, it’s likely that the Pound will continue to be impacted.”

Mr Strafford-Taylor adds that political stability is "one the biggest causes of volatility for currency" – a sentiment that Andy Scott, associate director at independent financial risk management consultancy JCRA echoes.

He said: “Sterling has seen some further large swings this morning, following confirmation that Theresa May will face a leadership challenge.

"Yesterday Sterling dropped to a fresh 20-month low of 1.2475 versus the Dollar, following reports of the threshold for a leadership challenge being reached."

Michael Brown, senior analyst at currency exchange firm Caxton FX, also believes the pound is set to remain under pressure until the result of the leadership vote is announced.

He said: "The situation remains unclear at present, with the Pound set to remain under pressure in the near-term until the result of the vote is known and the impact on Brexit negotiations becomes clear.”

Richard Hunter, head of markets at investment platform Interactive Investor, explains that the FTSE100 tends to improve when Sterling weakens because so many companies in the FTSE make their money overseas.

This means they become more valuable if Sterling is weak. But he points out that the index is still down compared to a year ago.

He said: “The ironic resilience of the UK’s major indices given the latest stage of the Westminster drama, is largely driven by the ongoing weakness of Sterling.

"That being said, the FTSE100 remains down 11 per cent in the year to date, as many investors have fled domestic stocks for reasons starkly highlighted by today’s events.”

"This suggests there is some measure of Brexit fatigue in place, and that political turmoil is largely priced in.

"The pound and the share prices of companies plugged into the UK economy were already under pressure, and there comes a point when yet more bad Brexit news is water off a duck’s back."

But he adds that volatility is likely to continue. "We can expect markets to remain febrile while this current bout of political infighting plays out, with the pound and UK domestic companies playing the leading roles.”

We've also put together a guide on what a vote of no confidence leadership challenge means for Prime Minister Theresa May.