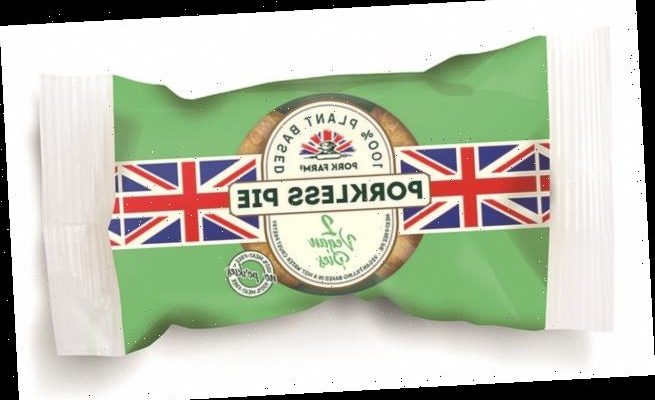 No porkies! Pork Farms releases its first ever vegan pie made from pea protein

One of the UK’s leading pie brands has delighted vegan shoppers by adding a meat-free pork pie to its range.

Pork Farms has developed its first Porkless Pork Pie which features a plant-based meat replacement filling made from pea-protein.

The classic British brand, which was founded in 1931, is believed to be the first pie manufacturer to add a meatless pork pie to its repertoire. 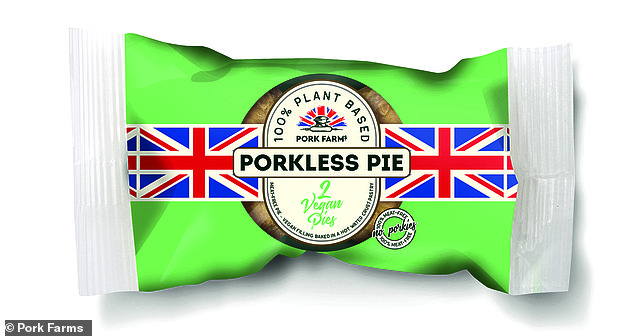 Pork Farms has developed its first Porkless Pork Pie which features a tasty plant-based meat replacement filling made from pea-protein.

It follows supermarket Morrisons who added a vegan pork pie to their range in December last year.

The plant-based snack caused furore last year after a leaked memo, believed to have been sent internally to all staff members warned the range would not be stocked in Melton Mowbray, Leicestershire.

The town is famous for its traditional pork pie and is also the home of one of the six licensed makers of Stilton cheese. 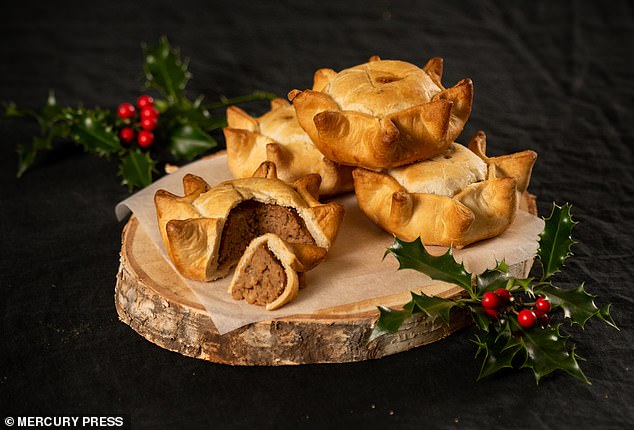 The treat, which has been developed by Addo Food Group, is made with pea protein, white pepper, ginger, onion powder, nutmeg and a blend of fresh herbs and spices including pimento, coriander, paprika and thyme.

The pie is available in selected Asda stores across the UK from today and cost £1.65 for two 65g pies. 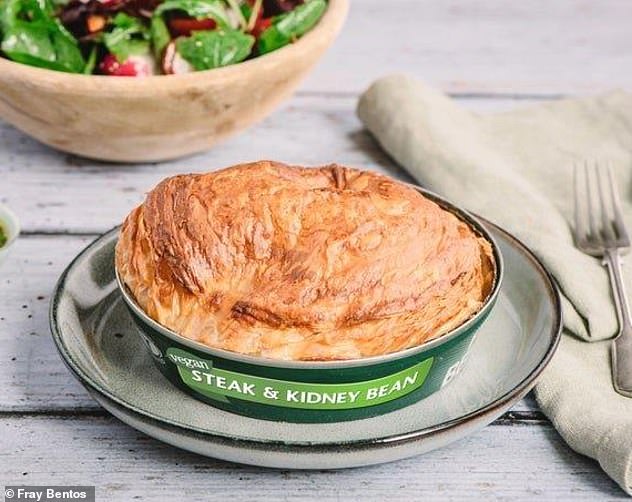 Fray Bentos released a vegan treat for the first time in it’s 140-year history last year too. The makers of the much-loved tinned pies now sell a vegan steak and kidney snack made with soy mince and butter-free pastry

Mike Holton, brand manager at Pork Farms said: ‘We’re incredibly excited to be just one of only a few brands to introduce pea protein to our product range.

‘Our innovation chefs have developed this recipe to emulate one of the nation’s favourite snacks and we are delighted to be providing an alternative to flexitarian customers, while also expanding our product range to appeal to vegan shoppers who are looking for more choice, who can now enjoy a pork pie with the same textures and flavours as our traditional snack.

‘There’s currently a growing demand in the market for meat replacement pastry products and, with flexitarianism continuing to gain popularity, it is clear that the demand for alternative protein products is not just a passing trend.

‘With consumers more conscious than ever before about their health and the impact their food is having on the environment, we are pleased to be able to introduce a new product t that addresses both of these concerns.’

Mike added: ‘When it comes to plant-based food, consumers shouldn’t have to sacrifice great taste.

‘We know how much the British public love pork pies and pea protein’s texture is paired perfectly with delicious flavours to give it an authentic taste.’

It follows the lead of many traditional meat and pastry snacks that have launched vegan versions in recent years.

Greggs won over thousands of vegans and meateaters  alike with the launch of their vegan sausage roll last year, with some saying they would camp on the street to get one.

While Fray Bentos released a vegan treat for the first time in it’s 140-year history last year too.

The makers of the much-loved tinned pies now sell a vegan steak and kidney snack made with soy mince and butter-free pastry.