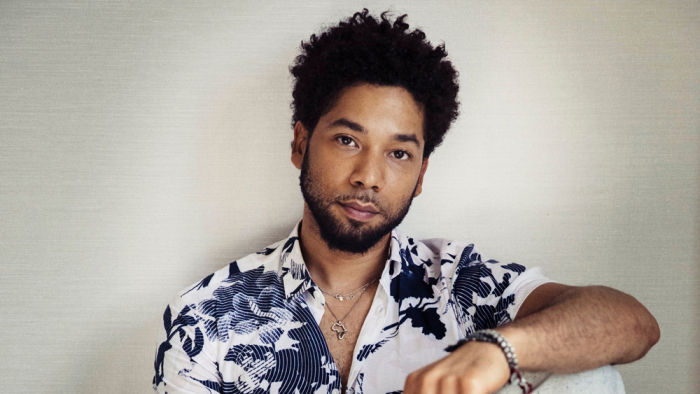 Chicago police have concluded that the alleged attack on “Empire” actor Jussie Smollett was staged, according to two local media reports.

The Chicago Police Department pushed back on the reporting, saying the notion that the attack was a hoax was “unconfirmed by case detectives.”

Police spent much of Thursday interviewing two persons of interest in the case, who are believed to have been seen on surveillance images on the night of the attack.

Rob Elgas, a reporter at ABC 7 in Chicago, reported Thursday afternoon that “multiple sources” said that Smollett and the two men staged the attack because his character was being written off the show. Brad Edwards, a reporter at CBS Chicago, cited a source who said that investigators believe the “non-cooperating 2 witnesses are co-conspirators in a potentially staged attack.”

Pamela Sharp, a spokeswoman for Smollett, said that the reports were “ridiculous rumors.”

“He’s been very cooperative and very consistent,” she said.

“Media reports anout the Empire incident being a hoax are unconfirmed by case detectives,” he wrote. “Supt Eddie Johnson has contacted @ABC7Chicago to state on the record that we have no evidence to support their reporting and their supposed CPD sources are uninformed and inaccurate.”

Earlier Thursday, police said they were questioning the two men but that they were not considered suspects. Local media reported that one of the men had appeared as an extra on “Empire.” Elgas reported that Smollett did not appear for a scheduled interview on Thursday. Sharp contradicted that, saying that Smollett did answer additional police questions in person on Thursday.

Charlie De Mar, a reporter at CBS Chicago, spoke Thursday with family members of the two men who were being questioned. They told De Mar that the men are brothers, and are from Nigeria. They left for Nigeria on the day of the attack, De Mar reported. The police reportedly asked the family members if they knew Smollett. De Mar posted a search warrant receipt, showing that investigators had found a laptop, shoes, and bleach at the home.

Guglielmi said on Twitter he would not release details of the investigation while the men are being questioned.

“Media reports of investigative details cannot be confirmed at this time,” Guglielmi said.

Smollett’s rep said earlier in the day that he was glad to see progress was being made.

“We are pleased there is progress in the case and are waiting to hear further details,” she said.

Smollett told police on Jan. 29 that he had been accosted at 2 a.m. that morning by two men who yelled racial and homophobic slurs, put a rope around his neck, and doused him in bleach.

On Jan. 30, police released surveillance images of two figures who were in the area at the time of the alleged attack, and described them as “persons of interest” in the case. In an interview on Good Morning America on Thursday, Smollett said he was convinced that the two were the attackers.

“For me, when that was released, I was like, ‘O.K., we’re getting somewhere.’” he told Robin Roberts. “I don’t have any doubt in my mind that that’s them. Never did.”