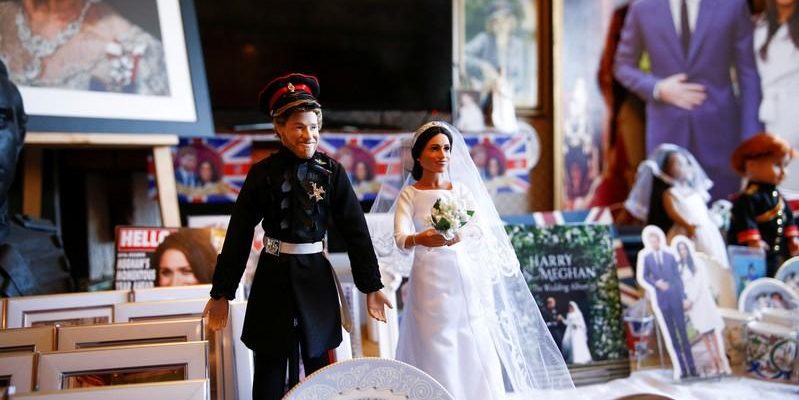 LONDON (Reuters) – In Ryan Hatrick’s London kitchen, Prince William and his wife Kate smile from lined up royal-themed mugs, a magnet of Queen Elizabeth sticks to the oven, and a tea towel marking Prince Harry’s wedding to Meghan Markle hangs nearby. 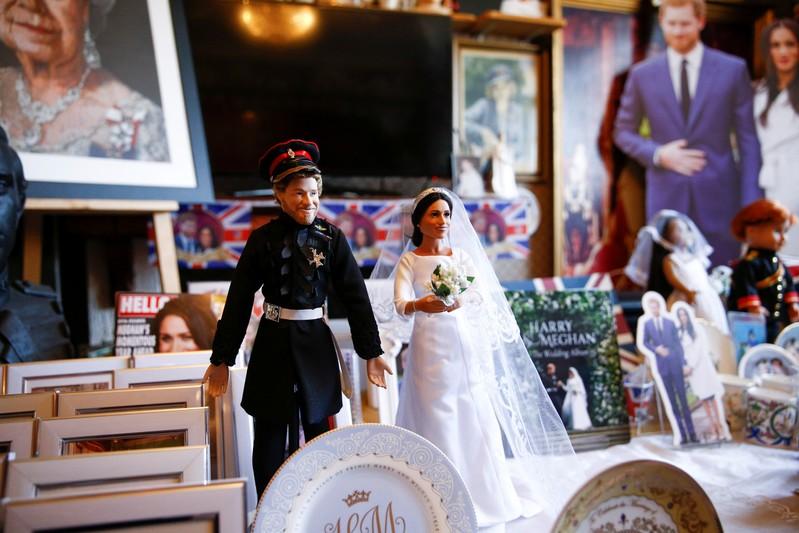 Books about the British royal family lie on the table around which the 41-year-old’s labrador, named Windsor, plays with his favorite toy – a squeaky crown.

Hatrick has long been a royal fan – he remembers his mother looking for somewhere to watch Prince Charles marry Diana Spencer while on holiday in a remote seaside cottage in 1981 and avidly read about Tudor monarchs as a teenager.

“I think in a day when we are just being inundated with depressing news…the royals have given us something to look forward to,” he said.

“Will and Kate’s wedding…the births of (their children) George, Charlotte, and Louis, the weddings of Harry and (his cousin Princess) Eugenie, as well as the Jubilee and the Queen’s 90th…always something to look forward to.”

Hatrick, who works in security, has hosted royal-themed parties: last May he decorated a pub with balloons and bunting and ordered a cake to celebrate Harry marrying American actress Meghan in a televised wedding watched by millions.

From Boston to Karachi, Britain’s royal family draws fans around the world, eagerly following special occasions, their outings, and in the cases of Kate and Meghan, their outfits.

They collect memorabilia, travel to see the royals in public or follow their news from afar. In an age of social media, new types of fans have created Facebook pages, Instagram accounts and broadcast podcasts to global audiences.

When Harry and Meghan, who are expecting their first child, launched their @sussexroyal Instagram handle on April 2, the account broke the record for the fastest time to get one million followers on the platform, hitting the number in five hours and 45 minutes, according to Guinness World Records.

“People are always interested in the news and the fact that Harry and Meghan are going to have a baby…will be of passing interest to most people,” royal commentator Claudia Joseph said.

“But of course there are royal watchers who are fascinated and other people who just shrug their shoulders in the pub.”

William, Kate and their children, Harry and Meghan, have particularly generated social media buzz. Websites, blogs and Instagram accounts have sprouted in their honor.

“The reason behind posting is…I love her a lot,” said Karachi-based Mah Jabeen, 36, who set up a Meghan Markle Facebook fan page and YouTube channel about the now duchess.

“People love to read about her. Her biography, her life…her fashion style.”

“Any new person that enters the royal family will attract a lot of attention…But Meghan…already had three different things about her: she was older than Prince Harry, she is divorced and she was an actress,” the 28-year-old said.

“What inspired me was her style, I just wanted to keep a personal library of…everything that Meghan wore; then one thing lead to another, people started to like the page and following and asking for news.”

Other fans want to shine a light on royal work. Boston-based Denese Carpenter started the “My Duke and I” podcast with a friend to discuss Harry and Meghan’s work relating to the Commonwealth: he is Youth Ambassador while she patron of The Association of Commonwealth Universities. 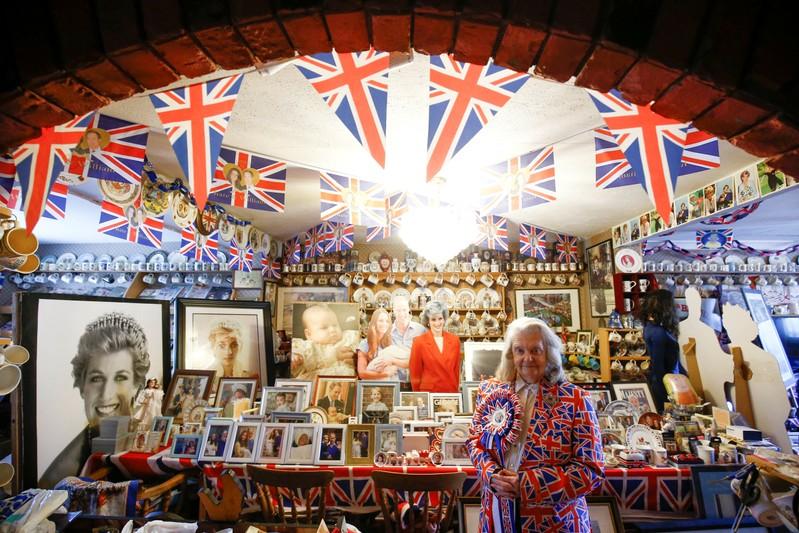 “I think it’s important the focus stays on that and not on their personal lives,” she said.

British retiree Margaret Tyler has garnered her own press attention for her royal dedication. Her London home is filled with plates, cups, pictures, dolls and life-size cardboard cut-outs of the queen and other royals.

The 75-year-old has met the queen, her mother, Harry and Meghan among others: “I’m so excited about baby Sussex…I can’t wait.”