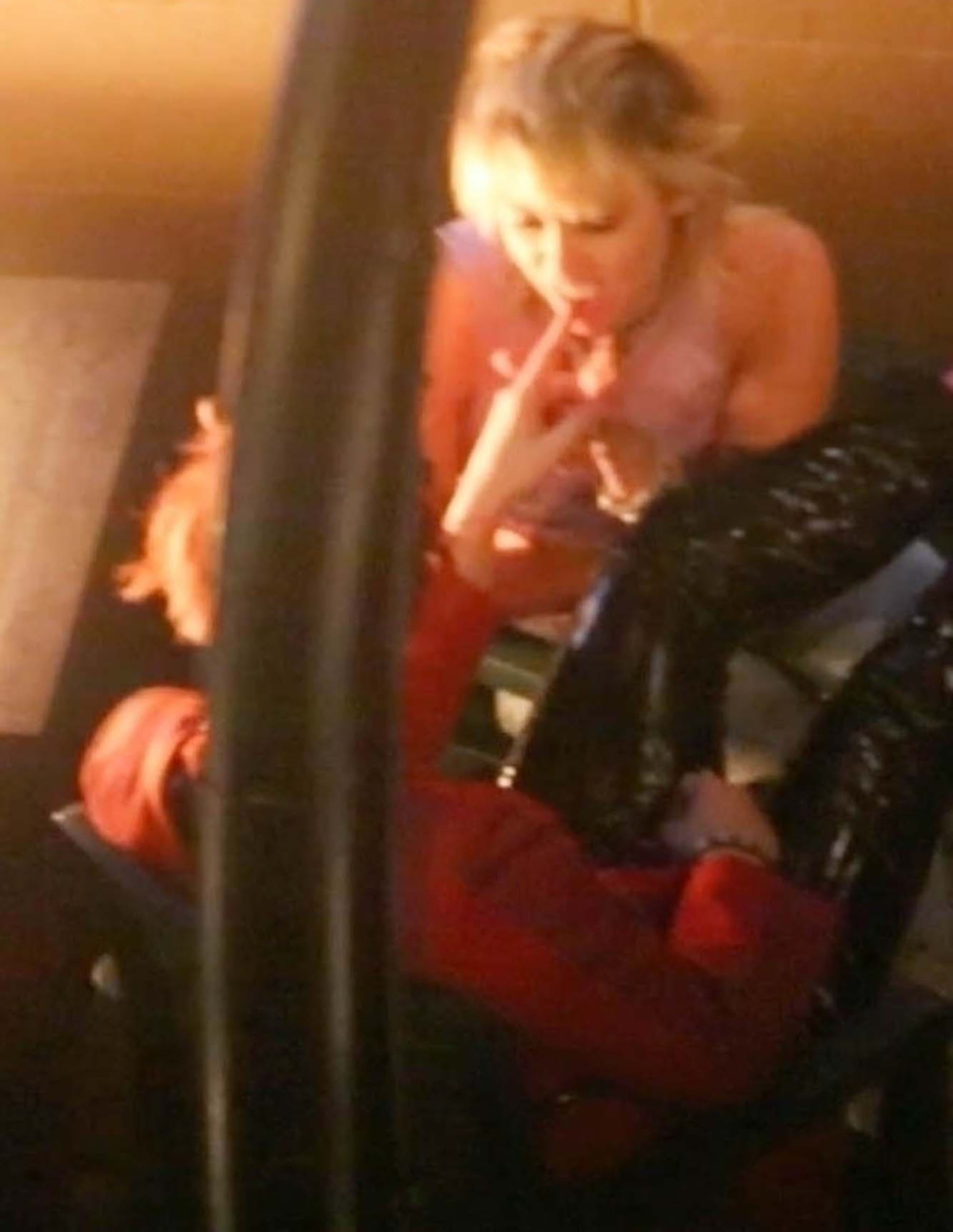 Miley Cyrus and Yungblud got cozy Thursday during a night out at the Rainbow Bar and Grill on Thursday in Los Angeles, photos from the outing revealed.

Dressed in a light pink crop top and light-wash jeans, Cyrus, 28, sat close to the British musician, 23, who rocked a fiery red jacket and black pants as he appeared to put his finger close to the pop star’s mouth. 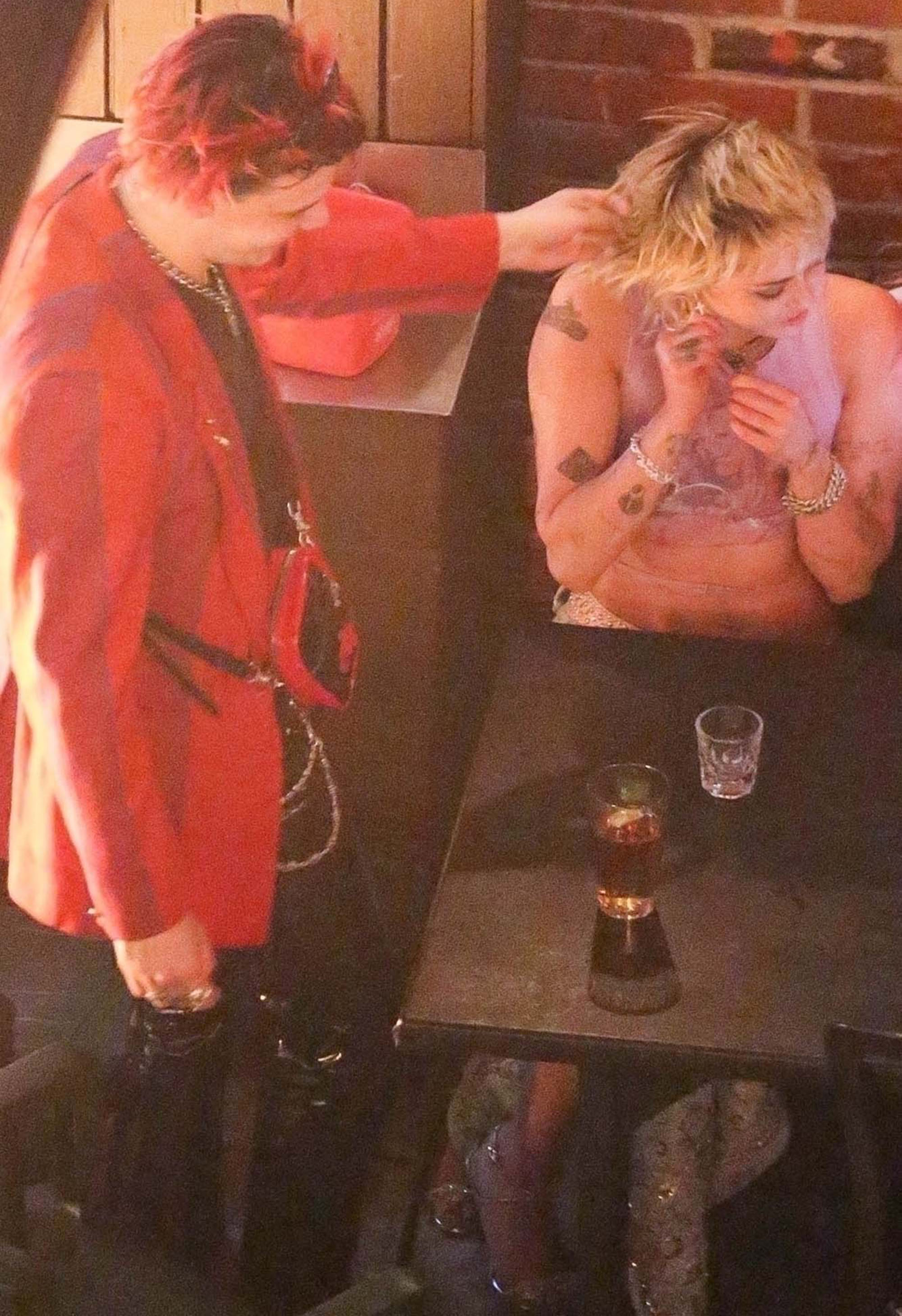 During the night, Yungblud — who was previously linked to fellow singer Halsey — also stroked Cyrus’s hair as they sat at a table with friends.

Cyrus, the former girlfriend of Australian pop singer Cody Simpson, was also seen drinking at the LA haunt, a source told us. 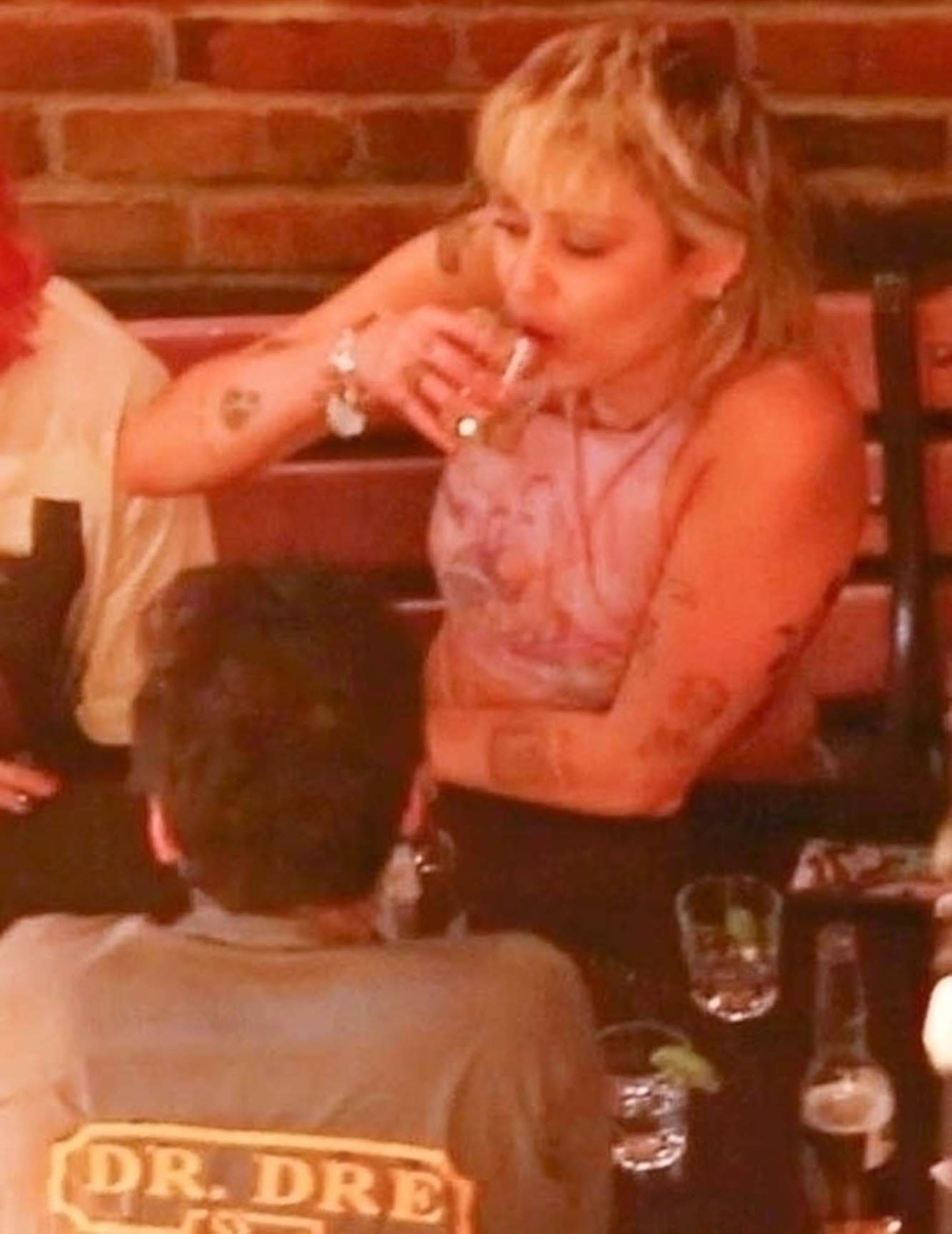 In a January cover story for Rolling Stone, Cyrus spoke about her sobriety, revealing she had fallen off the wagon during the COVID-19 pandemic.

“Probably about halfway into 26, I got sober. Then by 27, [November 2019] I was pretty much fully sober. Then, like a lot of people during the pandemic, I fell off. It was really a struggle. Mental health and anxiety and all that,” she told the publication at the time. 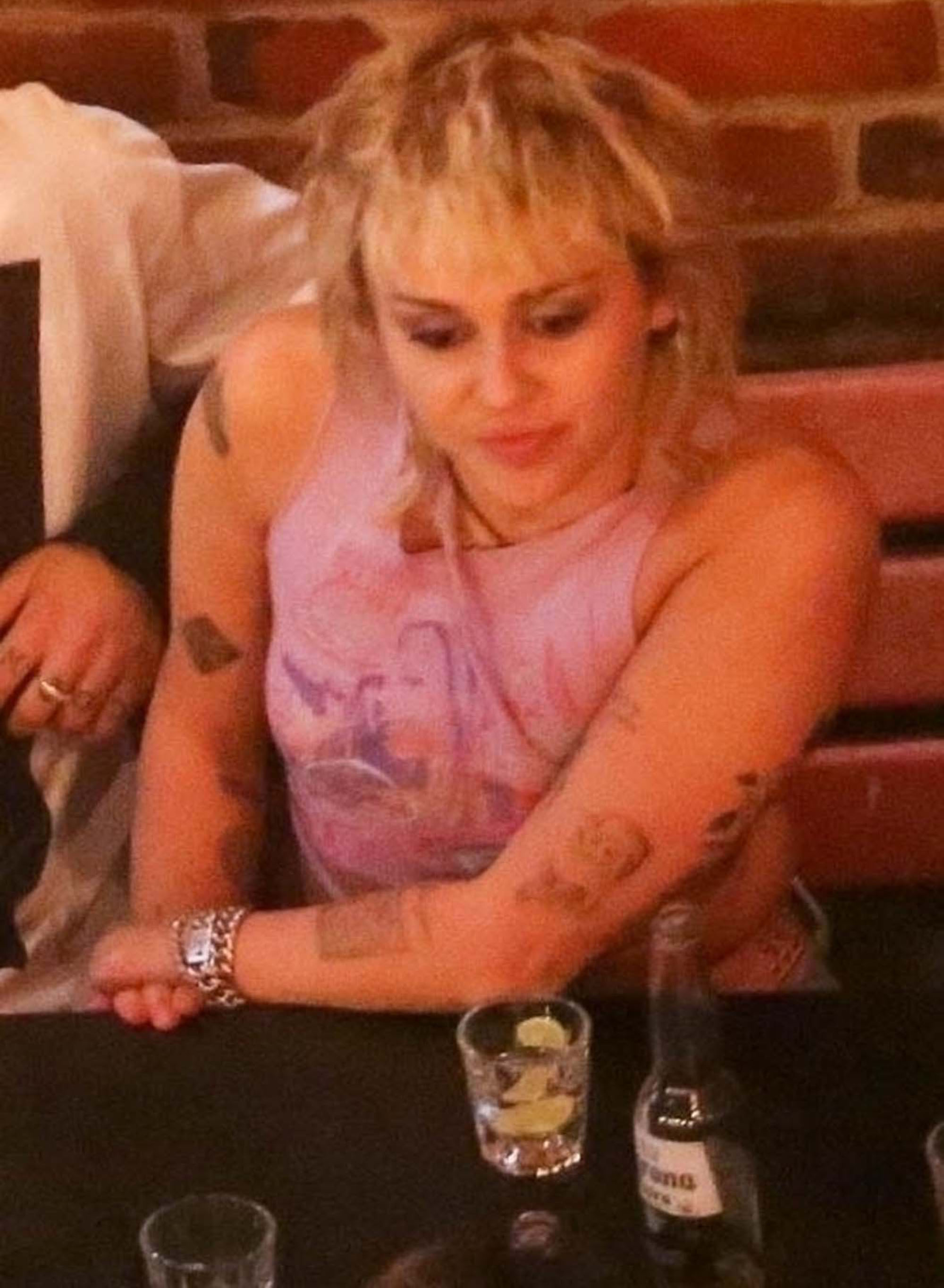 “I lost myself there, and now I’m back on five weeks,” Cyrus continued.

During her night out Thursday, Cyrus was photographed sipping from what appeared to be a shot glass. She is also said to have given fellow guests a mini-concert of sorts. 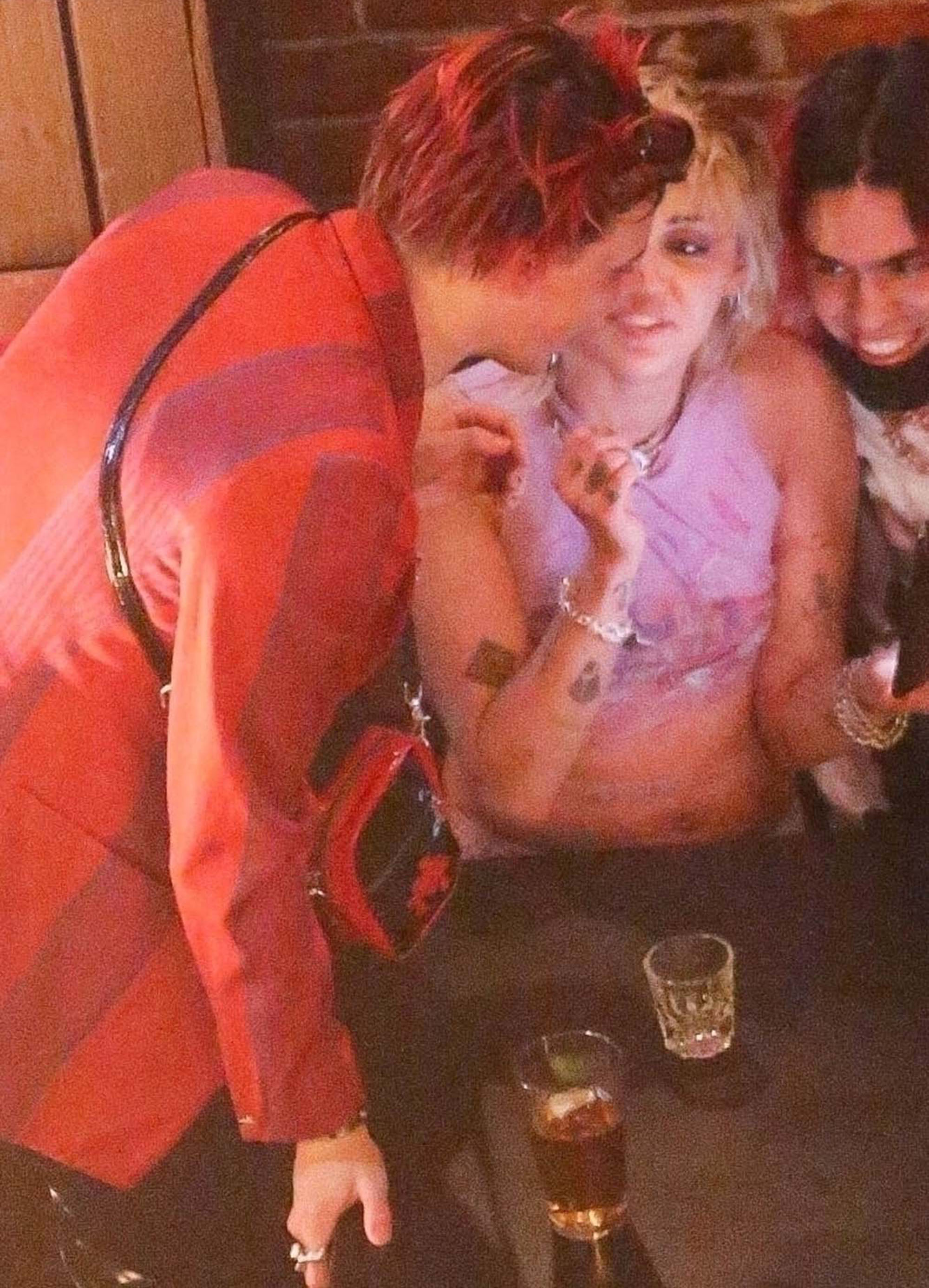 “Miley randomly started singing something at the table and everyone from the restaurant turned around and looked and was like, ‘OMG, it’s Miley Cyrus,” a spy told us, noting the singing lasted for “two secs.”

Cyrus previously opened up about her sobriety in a November 2020 interview with Apple’s New Music Daily Radio. During the interview, the former “Hannah Montana” star said that she doesn’t “have a problem with drinking. I have a problem with the decisions I make once I go past that level of … Even into, I’ve just been wanting to wake up 100 percent, 100 percent of the time.”

Reps for Cyrus did not immediately return our request for comment.