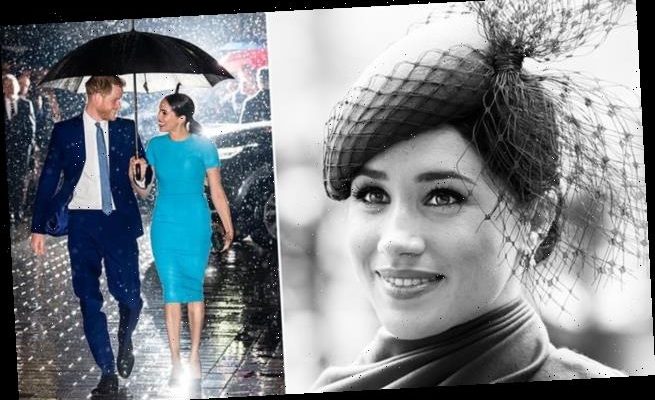 He’s done it again! Royal photographer behind THAT umbrella shot of the Duke and Duchess of Sussex is praised by fans for ‘another gorgeous’ shot of Meghan on her final appearance

The royal photographer who made headlines last week with his breathtaking photo of Prince Harry and Meghan Markle walking through the rain has been praised for ‘another gorgeous shot’ of the Duchess of Sussex.

Award-winning photographer Samir Hussein captured a stunning black and white photograph of the Duchess of Sussex, 38, as she arrived at Westminster Abbey with husband Prince Harry, 38, for her final royal appearance on Monday.

Royal enthusiasts gushed over the ‘beautiful image’ after it was shared on Hussein on his Instagram account, with one insisting that it exudes ‘Hollywood glamour’, while another said Meghan was giving ‘goddess vibes’.

It comes days after Hussein won global acclaim for a snap of the Duke and Duchess of Sussex sharing an umbrella as they arrived for the Endeavour Fund Awards last Thursday night. 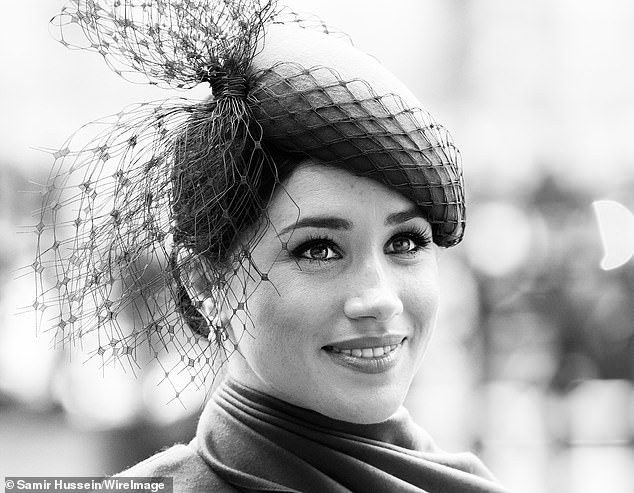 Breathtaking: Award-winning photographer Samir Hussein captured this stunning black and white photograph of the Duchess of Sussex, 38, as she arrived at Westminster Abbey with husband Prince Harry, 38, for her final royal appearance on Monday

Making headlines: It comes days after Hussein won global acclaim for this snap of the Duke and Duchess of Sussex sharing an umbrella as they arrived for the Endeavour Fund Awards

Sharing his most recent snap, Hussein wrote: ‘Meghan, Duchess of Sussex attends the Commonwealth Day Service – her final engagement before stepping back as a senior Royal’.

One follower commented: ‘And another gorgeous one.’ ‘Impeccable style and Godess vibes’, agreed another while a third gushed: ‘Gorgeous shot Sam! Congratulations.’

Megan donned an emerald green ensemble as she arrived for the Commonwealth Day service, featuring  an exquisite caped dress by designer Emilia Wickstead with a matching hat by William Chambers.

However Hussein’s photograph was shared in black and white, adding a poignant touch to the moment. The image captures an otherwise ‘ordinary’ moment and makes it extraordinary. 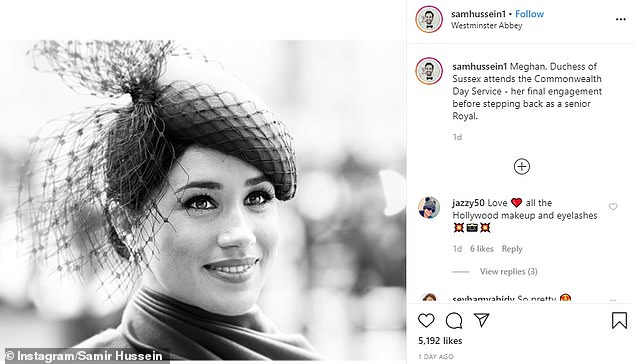 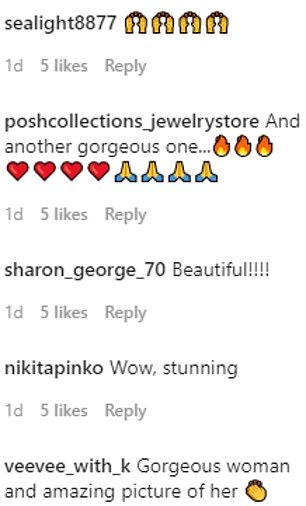 Praise: Followers quickly took to social media to gush over the ‘beautiful image’ which one insisted exuded ‘Hollywood glamour’, while another said Meghan was giving ‘Godess vibes’

Commenting on the image, which some fans claimed was so good it could be used on the Sussexes’ Christmas card, Hussein said: ‘It’s a one in a million when all the elements you could wish for as a photographer come together – perfect timing, great lighting, strong symbolism and amazing subjects make this a magical photo I am extremely proud of.’

Robert Jobson, author of The Royal Family Operations Manual published by Haynes, told MailOnline: ‘I think in the photos – particularly from the guys in the street – the couple looked blissfully happy, relaxed, all smiles. 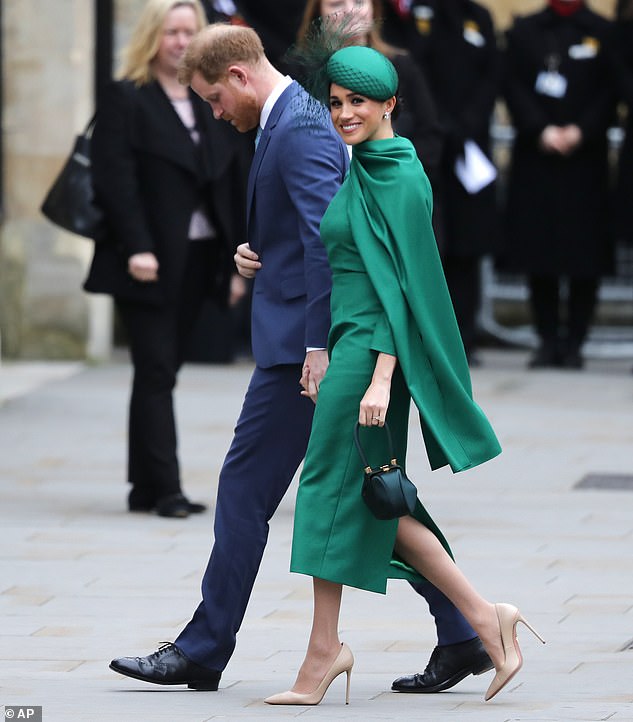 ‘It also seemed by the way they worked the room and dealt with the media attention that they were enjoying being back.

‘It sensed, and always have, that should their priorities change there would be a way back for Meghan and Harry inside the royal fold should they want it.’

The Duke and Duchess of Sussex on Monday carried out their final official engagements as senior working royals. They will stop using their HRH titles at the end of this month.

One for the books: Prince Harry, Duke of Sussex and Meghan, Duchess of Sussex attend The Endeavour Fund Awards at Mansion House in central London on Thursday evening