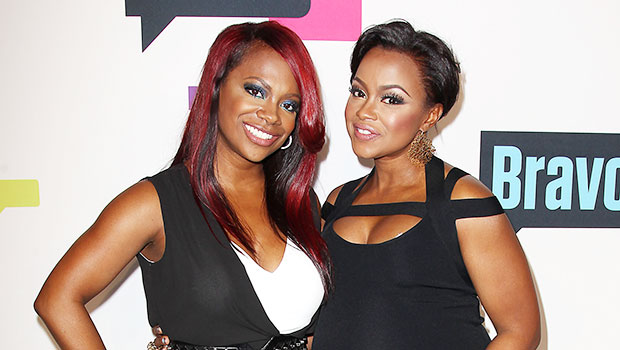 Kandi Burruss still wants nothing to do with Phaedra Parks after their bitter feud at the end of ‘RHOA’ season nine. Phaedra understands why she’s upset, but wishes her frenemy would move on.

Kandi Burruss has made it clear that if Phaedra Parks was ever allowed back on Real Housewives of Atlanta, she would refuse to be part of the show following their bad blood at the end of season nine. That has the 45-year-old former Bravo star hurting. “Phaedra regrets her feud with Kandi and she truly does feel bad about everything that happened between them. She was really grateful for her time and experience on RHOA and she misses the show and what it did for her and her businesses,” a source close to Phaedra tells HollywoodLife.com EXCLUSIVELY.

Phaedra made the claim during the season nine that Kandi tried to drug fellow cast mate Porsha Williams and take advantage of her, something that the 42-year-old singer will never forgive her for. “Phaedra loved being a part of the franchise, but she realized quickly that her accusations were costly and ultimately resulted in her not being asked back on the show. If given the opportunity, she would’ve done things differently,” our insider continues.

“Phaedra accepts full responsibility and understands why Kandi is still upset, though she wishes she wouldn’t be talking about it still. She feels it’s time for Kandi to move on and she’s said she’s sorry,” our source adds. Kandi recently told us EXCLUSIVELY  that “There’s only been like one year that I had to kind of like question if [the show] is really worth it,” referencing all the drama that went down between her and Phaedra back in the season nine reunion episodes with the rest of the RHOA cast and host Andy Cohen, 50.

“Obviously it was that year when the whole craziness with Phaedra happened, you know,” Kandi continued. “So that was the only year that I kind of questioned it, because I was like, ‘okay, this is too much.’” As for what was “too much, ” Kandi said it was the “attacking” of her “character” and “making up stuff” about her.“

Kandi also revealed that she hasn’t heard from Phaedra since. “I just think it’s kind of crazy when you don’t even realize you’re in a battle with a person to the point where they would make up stuff about you,” Kandi said. “I wouldn’t even ever known she was doing that had Porsha not told it at the reunion.” Kandi then told us that if Phaedra returned to RHOA, she would exit the show.