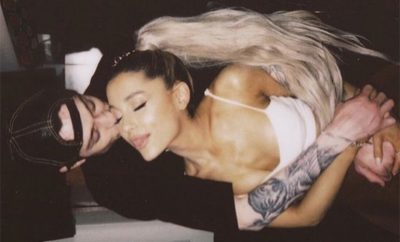 Ariana Grande said she is “so thankful” for ex-fiancé Pete Davidson in her new song, “Thank U, Next,” and the 24-year-old shared similar sentiments during the Nov. 3rd episode of Saturday Night Live. The comedian addressed the split during Weekend Update and while many people probably expected him to joke about what happened, he actually took the high road and spoke super highly of his former fiancée.

Pete told viewers that details of the split are no one’s business and alluded to the fact that nothing dramatic happened to cause him and Ari to call off their engagement. He finished addressing the issue by calling the “God Is a Woman” crooner a “wonderful and strong person” and wishing her the best in the future. He then encouraged everyone to get out and vote tomorrow, which is really the important issue at the moment.

PD did add a little bit of humor to the mix after co-star Michael Che introduced him to the audience and he responded, “I’m still a great song, though,” referencing the Sweetener song “Pete Davidson,” which Ariana wrote specifically for her ex while they were still together.

The Staten Island native was apparently planning on doing a whole skit about the breakup during Saturday’s episode, but after he joked about it in a promo and Ariana got upset, he talked to SNL executive producer Lorne Michaels and got it cut from the show. Here’s the promo that made AG upset:

Ariana and Pete have reportedly agreed to stay silent about the split as to not cause any unnecessary drama. And, based on Ari’s new song and Pete’s words on SNL, the exes really don’t seem to have any hard feelings toward each other.