WE review the PerfectDraft beer dispenser to see if the gadget can recreate pub pints at home.

After 10 pints of testing we give our verdict below. 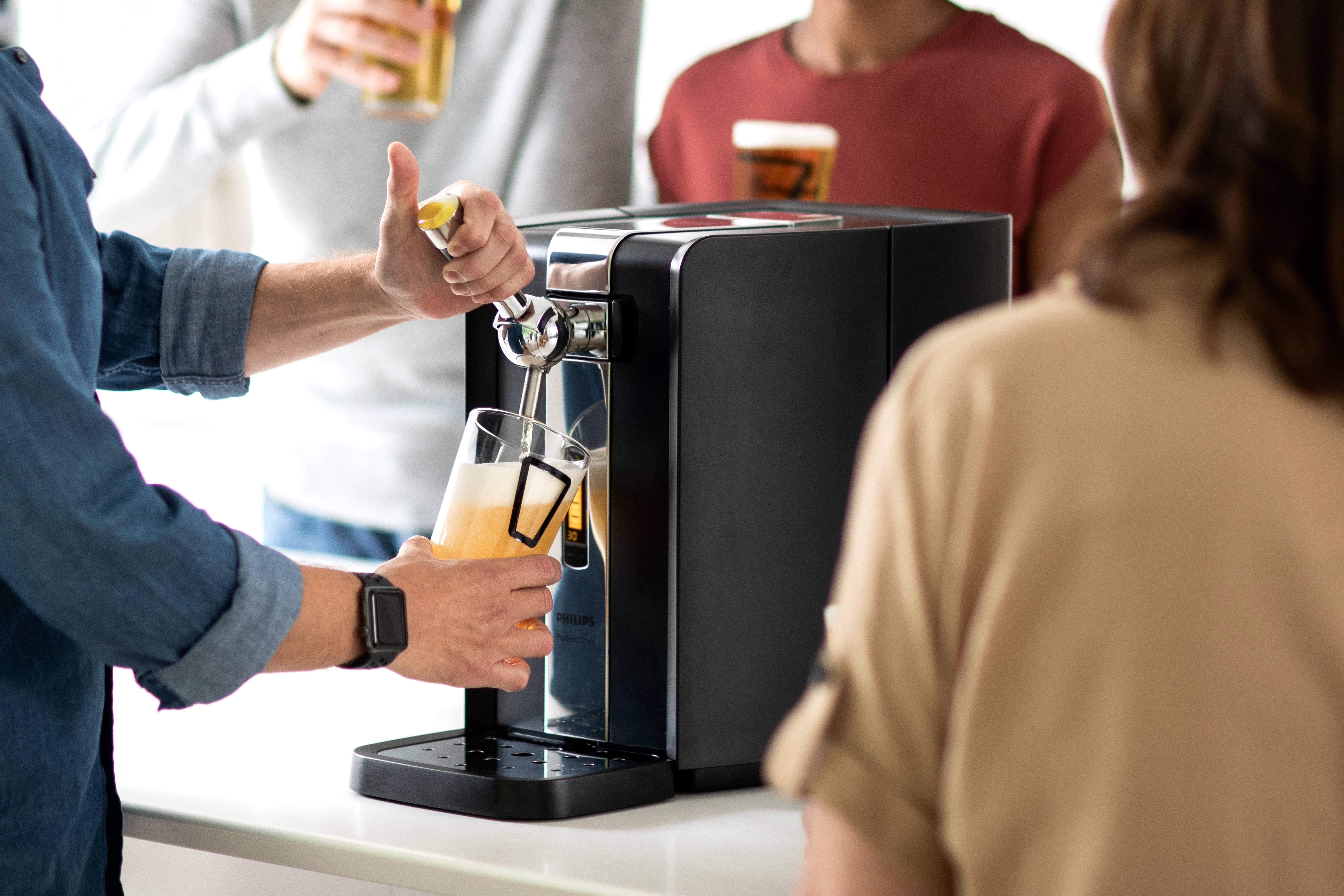 The PerfectDraft beer dispenser strikes a good balance between smaller home beer dispensers and full blown ‘kegerators’. The machine is a slick bit of kit that pours great pints without taking up too much space in your kitchen.

It’s a good conversation piece for small gatherings and is a real treat if you’re sitting down with a couple of mates to watch the football.

However, we’re a little disappointed that ordering kegs isn’t a little more cost effective; most kegs will work out at between £3-£4 a pint. While that’s substantially cheaper than some pubs, it’s still a lot dearer than just buying a six pack.

After spending large chunks of time in 2020 and 2021 unable to get a proper pint in a pub (especially if you wanted to sit inside!) it’s no surprise that plenty of people turned to beer dispensers to get a nice draft pint in the comfort of their own home.

The PerfectDraft machine sets out to strike a balance between buying a smaller machine such as The Sub and a kegerator, which can easily set you back over £1,000.

First things first: the PerfectDraft machine is a doddle to set up. Five minutes with the instruction manual and minimal faffing meant we were set up and ready to pour our first pints. However, since we wanted those pints to be cold, we had to wait a couple of hours after taking the keg out of our fridge for them to get down to a frosty three degrees.

It pays off to keep your kegs in the fridge before putting them in the PerfectDraft as that’ll dramatically cut down on the time required to get your beer to drinking temperature. Handily, the PerfectDraft has a digital readout telling you the temperature of your beer and even an indicator for how full your keg is.

Once we started pouring pints we were pleasantly surprised: other machines we’ve tried, including The Sub, are pretty noisy when they’re pouring (and remain so for a few seconds after you’ve finished). And while the PerfectDraft machine does buzz a bit as it’s pouring pints, it’s a lot quieter than some other alternatives we’ve tried.

As far as the pour goes, we’ve tried the machine with lager and found it to be much the same as you’d get with a pub pump. It’s quite a nice feeling to be able to replicate that kind of wizardry in your kitchen and will surely impress any friends you’ve got around.

While the kegs are a fairly substantial six litres in volume, the PerfectDraft actually doesn’t take up much space on your counter. It’s smaller than your standard microwave for instance, so isn’t too obtrusive and an empty machine could easily be stored in a cupboard in between uses.

On top of that, it’s quite a good looking kitchen gadget. It’s quite understated in its design and will happily fit in among your kettle and toaster if that’s where you’re planning on keeping it.

What about downsides? Well the PerfectDraft is a bit of a punch in the wallet when you first buy it. Unlike The Sub, which we’ve frequently seen available under £100, the PerfectDraft machine seems to vary between around £200 and £350 when bought new.

Plus, once you’ve bought the dispenser, the individual kegs will set you back between £30 and £40, which is cheaper than a pub pint, but certainly isn’t better value than picking up a crate of Corona from your local Tesco! 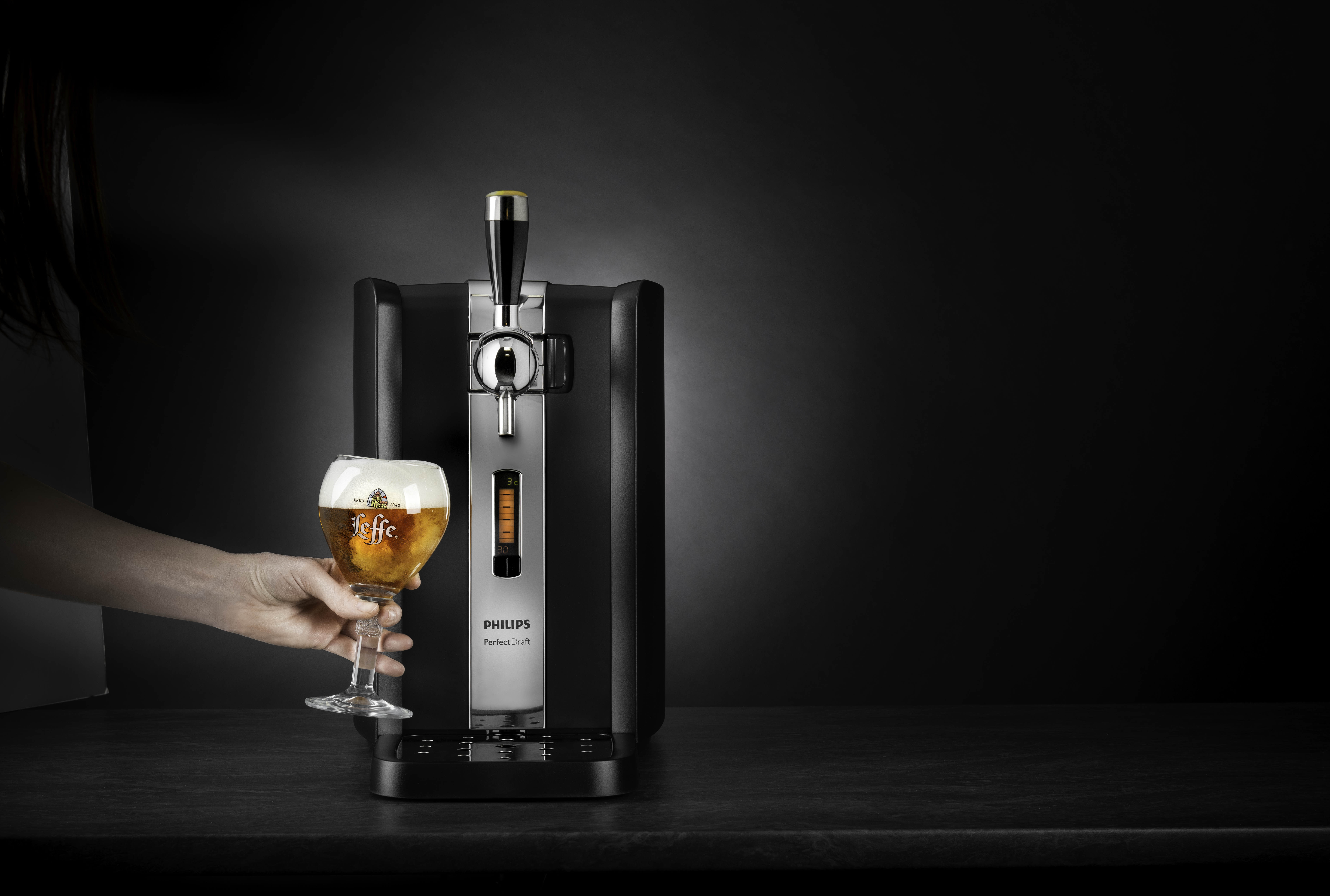 In terms of performance, we couldn’t find much to criticise about the PerfectDraft machine. It does exactly what you’d want it to: pour pub-quality pints in your kitchen and make small gatherings/parties feel a bit more special than multi-packs of cans ever will.

However, we wish the PerfectDraft machine was a little bit cheaper. It’s hard to justify the cost of a fresh keg to yourself when you could just bung a crate in the bottom of your fridge for a lot less.

In all, it’s a gadget for those who like to host and it certainly makes a beer at home feel a bit more special. But for us, we’d probably use it on an occasional basis rather than breaking out a fresh keg every time we had visitors.

Here's the best floor cleaners you can buy.

And check out the best dehumidifiers on the market.