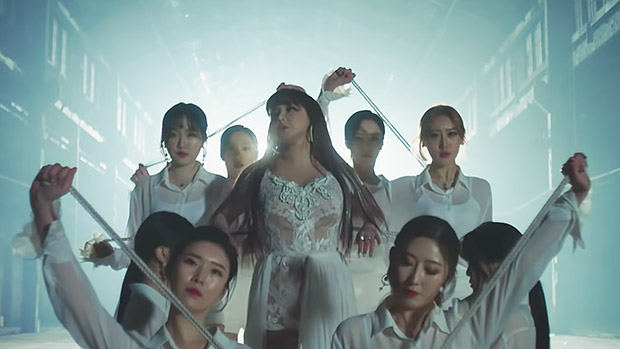 Park Bom is back. The K-pop singer released her first solo song and music video in 8 years on March 13. The track is called ‘Spring,’ and it’s a total bop.

Park Bom, 34, is making a comeback with “Spring.” She dropped the brand-new song and music video for “Spring” on March 13, much to the delight of her fans everywhere. This is a momentous occasion for Bom’s fans because it’s her first solo single in 8 years. Bom became a worldwide trending topic after the song and music video were released. Fans began tweeting about “Spring” using the hashtag “#OurSpringParkBom.” One fan tweeted: “Guys!!! This is so beautiful omg! I’m not even kidding. Bom and Dara’s vocals, the aesthetics, the song itself, and Dara’s little rap. Everything is so perfect! Please stream this one. This deserves more views.” Another fan wrote, “COME THROUGH LEGENDSSS #OurSpringParkBom.”

The song, which also features fellow K-pop star Sandara Park, is part of Bom’s solo single album of the same name. Bom talked about Sandara being a part of the song in a recent interview. “She’s loyal. When I gave her a call and said that I would really like for her to [feature on the song], she did,” Bom said, according to Soompi. The music video is absolutely stunning, with so many incredible visuals. “Spring” was the perfect song for Bom’s comeback. She hasn’t lost her touch, that’s for sure.

The last time Bom released a solo song was back in 2011 with “Don’t Cry.” The wait has been 8 long years, but it’s been worth it. Her first-ever solo single was “You and I” in 2009. She also rose to fame as part of the K-pop girl group 2NE1 and being featured on tracks by Big Bang, Lexy, and Masta Wu. The group disbanded in 2016.